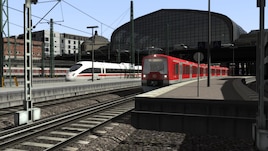 订阅以下载
Hamburg to Lubeck and Hannover

7 件物品
描述
This version of the route is a route merge of Hannover to Hamburg and Hamburg to Lubeck - this route is essentially complete.

Notes - It mentions that it was uploaded in January, it was but was a failed test - however this has been recently uploaded as of 15/07/2016

For a Version that also includes the S1 route - go here - http://steamcommunity.com/sharedfiles/filedetails/?id=797377654

mokum 2017年5月28日下午11:49
A very nice route to drive,but i like to know where to run around the freigtcars to continue the trip. Yuo did this very well, thank you Klaas from South Australia.

Paulokomo 2017年4月15日上午3:11
Thanks a lot for that merged route. Had a fantastic ride from Lübeck via Hamburg to Hannover !

felix 2017年3月17日上午8:16
Thanks a lot Danny now its working. Can I adjust the settings so that there is KI traffic because it is quite lonely to be the only train xD

felix 2017年3月13日上午10:00
Hey Danny,
the route looks awesome and I would really like to drive it, however although I bought the Hamburg Luebeck route and the Hamburg Hannover rout, it says that I musst buy the Hamburg Hannover root again. I checked steam and it said that I've already bought it. Can you help me with this problem scince your idea is great.
Thank you

While charging the fast-paced game scenarios, an error occurred!

I think it's a good idea, but I do not know what to do with it.

Hamburg to Hannover and one of either

Hamburg to Lubeck or
Hamburg S1 (this one contains the above)