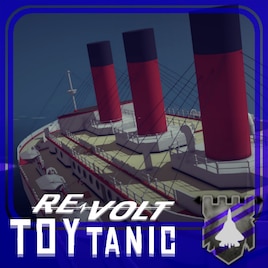 20 件物品
描述
Race around the Toytanic stage from Re-Volt!
Toytanic is a series of track found in Re-Volt, created by Acclaim Studios. The track's name obviously is a play on the name of the British ship Titanic.

Toytanic 2 and 1 use the same cruise model and racing line. The only apparent difference is the weather and the start position. This Besiege level combines Toytanic 1 starting line on the first floor and the tilted effect of Toytanic 2.

There is also a new original aerial course found in this Besiege level. Fly through checkpoints scattered around the ship and spot some new never before seen locations. 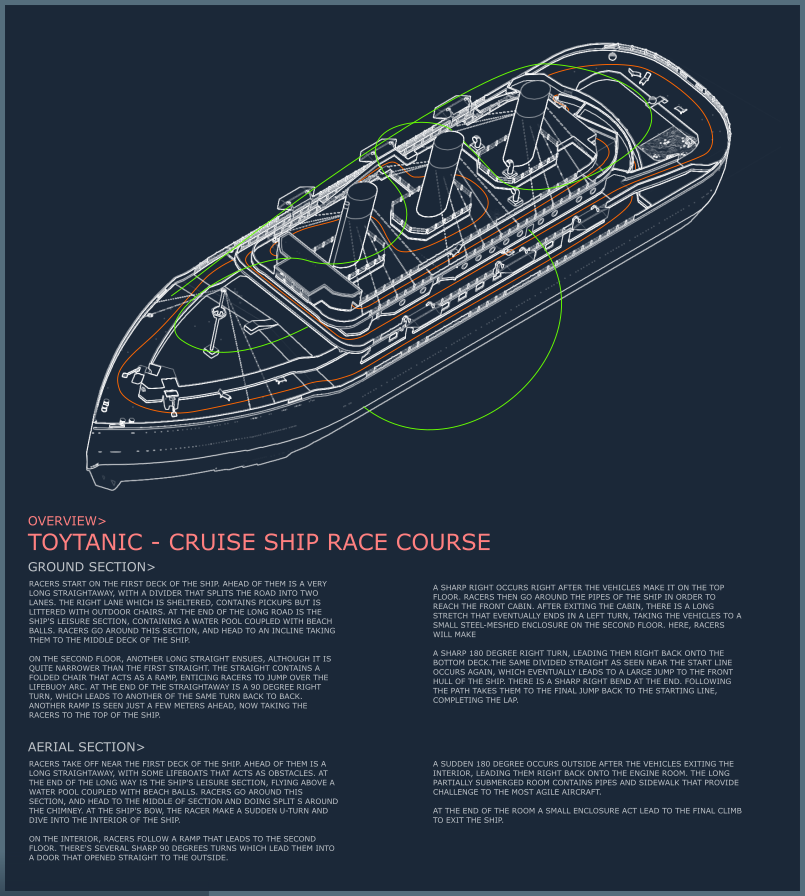 Mission Objective:
☑ Race around the ship using certain vehicle and submit to the leaderboard!

How to determine if your car uses wheel power only or not
Enable zero-g, press forward/backward. If your car moves forward/backward, then it's not allowed (rotation is ok). Excessive lift that can keep the car airborne and any means of achieving controlled flight are illegal.

How to determine if your plane realistic or not
Enable zero-g, press pitch, roll, and yaw without turning on engine. If your plane rotates, then it's non-realistic. Any autostabilization techniques are not allowed.
Any basic vanilla machine is allowed.

Comment with your time and a screenshot/video (plus vehicle link if you have) to be recorded in the leaderboard!
< >
39 条留言

Shadé  [作者] 2019年8月12日下午11:41
Fixed a bug where player could win the game before passing the last insignia.

Shadé  [作者] 2019年7月14日上午9:35
Updated with respawn zones for the ground challenge. Now you can respawn by pressing enter.

Shadé  [作者] 2019年2月12日上午4:25
Lucky you, I always forgot to mention it but in my time trial levels basic vanilla machines are always allowed!