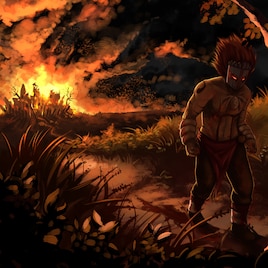 Tendrils Entertainment
オフライン
42 件のコレクションを全て見る（全てが公開されているわけではありません）
解説
Description
Soulbinder is a Turn Based Platformer RPG with the combat inspired in the Final Fantasy series and the exploration in the well-known ‘Castlevania: Symphony of the Night’ game.

You will control Damodar, a tribal warrior who was born cursed, haunted by a vicious creature.
Even with his mind deceived, he fights against his insanity to gather the clues he can find to figure out where the demon lies and how to terminate its life.
With an ancient scroll named Index of the Existence he gained the power to travel through realms and now his opponents have no place to hide.

Key Features
• Acquire equipments, weapons, gems and artifacts;
• Try to discover the secret areas;
• Get challenged by all the ingenious boss fights;
• Gather dozens of unique powers and spells to customize your style of combat;
• Level up your character slaying monsters and earning XP;
• Travel through the Saint Realm, the Ethereal Realm and the Unliving Realm to explore those diverse and hand crafted scenarios;
• Collect the monsters you fight and use them to help you in your journey.

Additional Information
• You can play on a keyboard or a controller;
• High resolution graphics;
• Unique soundtrack;

Status
The game is in a pre-alpha state, we are now in the process of balancing the combat, adjusting the gameplay feel to make sure it will be fluid and responsive, adding a few new scenarios, features and a lots of new creatures, also making sure that the boss fights are clever and innovative in some way, and of course fixing some bugs.
All animations will get a little more love in a near future, we are working to improve that.
At least Portuguese and Spanish localization are planned further release date.

Public Disclaimer
Here is some more in-depth details about the development of the game.

The powers and the gear (that adds unique bonuses that synergize with the powers) you choose will greatly impact the style of the fights.

This first gameplay video is intended mostly to show the scenarios and the music, thats why it does not have much combat nor is populated with a lot of creatures.
We'll soon be adding a video that shows a combat walkthrough, explaining the Powers and the Gem system.
About the animations, they will certainly get more work on it to correct some flaws and make it more fluid.

Thank you all for the great feedback.
We are an indie game company and we definitively needs that community support.

squishymaster 2014年3月22日 7時07分
No combat in the game? No candles to get goodies from? That video does not scream castlevania.