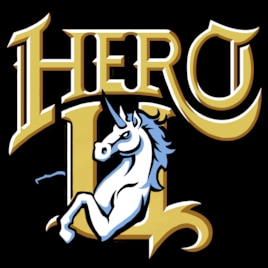 Hero-U is both like and unlike Quest for Glory. If anything, the story is richer because we have had more time to craft it and no restrictions on memory. There is more conversation.

The new game is less puzzle-intensive than old Sierra games. You can get through Hero-U without very many head-scratching moments... but you will want to play again to experience a different path through the game and do some of the "quests" you bypassed the first time.

Combat also has a different feel. In Quest for Glory, it was real-time, so you didn't have much opportunity to use tactics. Combat in Hero-U is turn-based, and Shawn has a variety of tricks and traps to help him win.

We've also cut down on deaths - loss in combat results in a trip to the infirmary and some wasted game time, but not a "restore game". Time is an important resource in Hero-U, so it will still be a fate you will try to avoid.

In the spirit of Quest for Glory and tabletop role-playing, Hero-U is both an adventure game and an RPG. It combines role-playing, exploration, turn-based combat, an immersive story, and rich character interactions to create a unique and fun game experience.

I do so enjoy the Mage's Maze!

Roslavets 2016. jan. 12., 16:18
Somehow I feel that we lose so much of the games of the past, like Quest for Glory of Curse of the Monkey Island. I am glad to know that the old school is back again.

Pegasus Organs 2015. jún. 15., 18:56
Love love love QfG, and as a console gamer, I can say it was a thoroughly unique and awesome experience!!! Everyone should help get some stretch goals done on the Kickstarter!!!

Cuddle Buddee 2015. jún. 3., 2:35
A lot of my console gamer friends talk about Final Fantasy series as their favorites. I bring up Quest for Glory and I always get blank stares. So wonderful to know that I was not alone in my childhood geekdom playing and enjoying their games. So excited for them to be putting something new out!

transolar  [készítő] 2015. máj. 27., 9:52
And... we have been Greenlit! Thanks everyone for helping us get there in 10 days. We will post project announcements regularly on our Kickstarter page at https://www.kickstarter.com/projects/transolargames/hero-u-adventure-role-playing-game .
< >