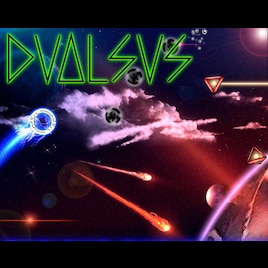 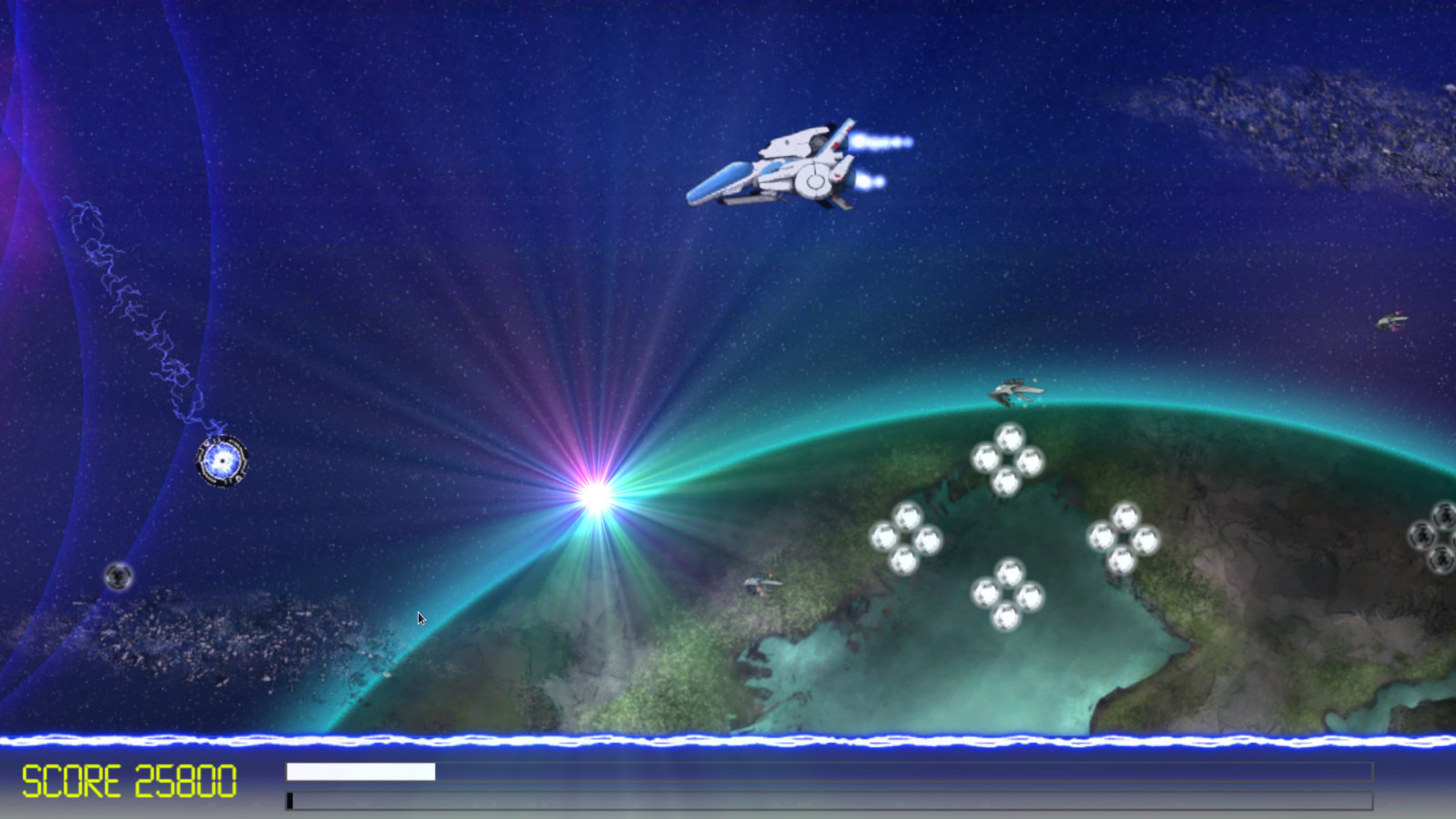 If you've purchased the game, now you can download this new version... Let's go!

Do you like electronic music? Then you'll love the Dualsus soundtrack. With the inspiration of those great tunes from the Commodore Amiga, Dualsus brings you a series of scores that by themselves become one of the major players in the game. Meer informatie
Omschrijving
Uitgavedatum: Now Available!
"The gameplay is made bombproof"
"Its soundtrack is a delight that comes with a game full of good intentions"

"Mixing a bit of shmup, a good chunk of platform game and a little extreme ideas in the style of the Ikaruga's color change"

"A tough cookie with a solvent audiovisual approach to the level of representation that it seeks; but the soundtrack has me excited in a higher grade"

Travel the Universe to reach a new paradise!
Dualsus mechanics are simple, yet extremely profound: move through a horizontal scrolling while a number of elements that, according to the color they are, we've to dodge or catch. Our protagonist changes color -from white to black- every time you bounce on the basis or every time you jump, making the game an interesting (and hard!) challenge. Moreover, the game is adorned by beautiful galactic scenery and powerful electronic music, all composed like old-school Amiga music style. If you play Dualsus... you'll never get free of it!

Survive this challenge and compete to be the best!
Dualsus initially consists of two stages, part of a journey that finally will consist at least four levels more (users can update the game every so often to complete the experience). The ultimate goal, besides survive and reach a "new paradise" (something that is not easy), is to achieve the highest possible score, with the goal of reaching the top position in the world ranking... and that the other players can watch your achievement across the Internet. You can to give a try in here[www.dualsus.com]!

We have finally come to light! So, you can have your Dualsus by purchasing them on Desura[www.desura.com]: the initial pack with the first three levels is available on Windows, Linux and Mac, less than the cost of a beer in some countries!. Subsequent updates with new stages will be absolutely free, so... what are you waiting for? You can try to go beating our records in the Dualsus world ranking! July Fireworks 11 jan 2014 om 21:26
I voted yes. Just please add progressive backgrounds into the game. For example, as the character moves, the background scrolls so it does not fell like the character is in the same spot the entire game.

ryukusu_luminarius 8 jan 2014 om 23:23
nice spasynth music.
maybe for that i'd like to play this game.
please make that for linux too.