Store Page
Killing Floor>  Workshop > Hemi's Workshop
This item has been removed from the community because it violates Steam Community & Content Guidelines. It is only visible to you. If you believe your item has been removed by mistake, please contact Steam Support.
This item is incompatible with Killing Floor. Please see the instructions page for reasons why this item might not work within Killing Floor.
Current visibility: Hidden
This item will only be visible to you, admins, and anyone marked as a creator.
Current visibility: Friends-only
This item will only be visible in searches to you, your friends, and admins. 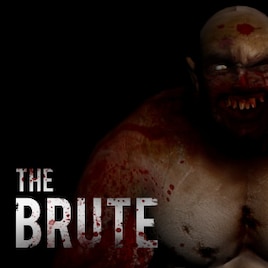 Benjamin
Offline
See all 390 collections (some may be hidden)

This item has been added to your Subscriptions. Some games will require you to relaunch them before the item will be downloaded.
Description
Story
Horzine’s first experiments included worn down boxing champions of the london districts that had long forgotten their glory days as reigning masters of the sport. Degraded to simple street-thugs they had little left to live for and applied themselves for the biogenic experiments, hoping they would regain their strenght to rise again. Little did they know that Horzine had other plans with their former “brute” strength. Placing muscle stimulators under the skin and revitalizing the tissue underneath was the first step, but it produced undesired effects… The fluids had to be injected constantly, so Horzine placed a metal structure in the lower arms of the specimen. Covered with metal plating the structure in the arms fed the muscle tissue every 5 minutes with stimuli. The only problem was the tissue becomming bruised from the outside…oh and not to forget the horrible pain every injection gave to the specimen. The project was abandon due to loss of too many scientists working on the project, and other specimens were proving to be easier controlled. The specimen’s were put in stasis till further notice…..at least until the outbreak…

This guy will not kill, just throw you about messing up your group forcing you to move about and spend ammo. His boxing stance will only allow you to get a clear head shot from the sides or back. Best way to get the brute to reveal the back of his head is to send a berserker to get his attention and to turn the brute around so his back is facing the group.

How to activate :
Activate the mutator called WPC - Brute in your mutator list in killing floor. Start the game.
The Brute will spawn around wave 7 to 10 on a long game, wave 4 on a short game.

NOT WHITELISTED! (needs re-submission to the TWI KF Whitelist)

Zed's not working? Sub not downloading?
Grab the all in 1 GameType here:
http://steamcommunity.com/sharedfiles/filedetails/?id=358997253
< >
157 Comments

|UGA|PatPeter Jan 13, 2019 @ 12:59am
Does anyone know the names/IPs of any servers that have the Brute on them??? I really want to show The Brute to my friends but I can't find any servers hosting it.