Greenlight > Games > MARPAT's Workshop
Greenlight is being retired. For more information on how to submit games to steam, refer to this blog post.
This item has been removed from the community because it violates Steam Community & Content Guidelines. It is only visible to you. If you believe your item has been removed by mistake, please contact Steam Support.
This item is incompatible with Greenlight. Please see the instructions page for reasons why this item might not work within Greenlight.
Current visibility: Hidden
This item will only be visible to you, admins, and anyone marked as a creator.
Current visibility: Friends-only
This item will only be visible in searches to you, your friends, and admins.
I Shall Remain
Description Discussions2 Announcements3 Comments316 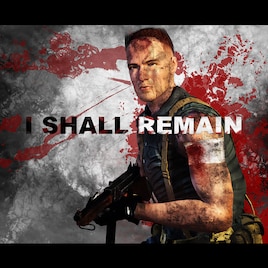 Rhindle
Offline
See all 59 collections (some may be hidden)

View I Shall Remain in the store

Hello and thank you for your support to get on Steam.

I Shall Remain is now produced and developed by Scorpius Games (we are the same developers who worked on the game while it was produced by Jacob Way) and is destined to get on Steam sometimes in the next weeks as an early access product.

Anyone who already bought it through other channels and wishes to have it on Steam will receive a Steam Key to be able to access the game in Early Access as well.

We are open to answer to any questions you may have, please post here or send an email to community@scorpiusgames.com and we will make sure to answer every email we receive.

Thank you everyone who voted, this came to us as a wonderful, wonderful surprise. Steam has given us a wonderful opportunity to complete the game and connect it with millions.

Before we publish on Steam we will be running a Kickstarter campaign to get an initial burst of capital so we can really get things going. We have a playable game now that's wonderful, however if that was it.. it would be lame! More updates are needed. Fresh animations, sound and game play.

If you have a moment, please check out our draft Kickstarter page and leave some comments. It's important that we nail the Kickstarter, everything needs to be perfect.

Read More
Description
Release date: Just got Greenlit! Gathering the old team together to get the game ready for you! We have a playable version now.
Enter only if you're ready to be motivated as much as you are haunted.

"HOLY MOTHER OF GOD! As far as ive gotten (near the end of proloug ) is amazing. looks great, plays well, sounds great. . ." -Design_By_Chris

*Note, multiplayer is currently in development. Will be ready for Steam.

Shoot a screenshot of your post about ISR's Greenlight on your social media page or gamer site, to admin@ishallremain.com and we'll send you a free ISR download key to an email of your choice.

I Shall Remain an action-RPG that gives you the responsibility of the life of one US Marine Raider in a devoured city during an outbreak in North East United States. Created by Jake Way, a US Marine veteran, developers Eugen and Florin Udrea, graphic artist Virgil Tuser and animator Gabriel Liviu Dinu.

Key features of the game include:

Players, thank for your ongoing support that's brought us up from a little idea, and into what you see here on this page- and thank you again for supporting us once more with your vote and letting us continue the journey that is ISR. -Jake

All questions, comments or concerns shoot us an email! admin@ishallremain.com
Popular Discussions View All (2)

Scorpius@Eugen Apr 25, 2014 @ 8:34am
I Shall Remain is preparing to enter Steam Early Access in two weeks time. Our forum http://www.scorpiusgames.com/forums/viewforum.php?f=3 is up and running now.

I Shall Remain returns. Please read this announcement http://steamcommunity.com/sharedfiles/filedetails/updates/97402535/1397217027 for more information.

I Shall Remain has been Greenlit and is now listed in the Steam store. For the latest information, purchase options, and discussions for I Shall Remain, please see it on the Steam Store or in the Steam Community.
Visit Store Page
For more details Visit Community Hub
For latest discussions
If you really, really want to, you can continue to the Greenlight page. Information on this page may be out of date, since all the action has moved to the areas noted above.