Store Page
Stellaris>  Workshop > MikeWe's Workshop
This item has been removed from the community because it violates Steam Community & Content Guidelines. It is only visible to you. If you believe your item has been removed by mistake, please contact Steam Support.
This item is incompatible with Stellaris. Please see the instructions page for reasons why this item might not work within Stellaris.
Current visibility: Hidden
This item will only be visible to you, admins, and anyone marked as a creator.
Current visibility: Friends-only
This item will only be visible in searches to you, your friends, and admins. 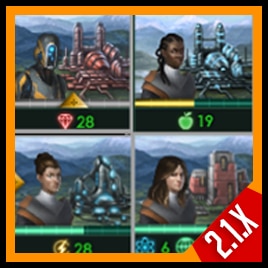 This item has been added to your Subscriptions. Some games will require you to relaunch them before the item will be downloaded.
In 1 collection by MikeWe
Stellaris - Multiplayer Collection

- This mod also adds 3 new custom buildings: the Database, the Enhanced Betharian Power Plant and the Xeno Preserve! You can upgrade your TIER IV labs into the Planetary Database and place TIER IV labs on all your worlds! You can upgrade them to a database on every world that you own! The Enhanced Betharian Power Plant will be unlocked once Illusionary Interface has been researched. The Xeno Preserve will be unlocked once Agri-Processing has been researched.

The output and upkeep are the same as the in-game buildings that fallen and awakened empires use.
AI will also build Ancient Buildings!

Recommended/Supported Mods
You don't have to download these mod(s), but they are supported by my mod.

Compatibility
Compatible with all DLCs! Most mods will work just fine with this mod. This mod will also overwrite the fallen empire buildings to keep everything balanced.

MikeWe  [author] Apr 2, 2020 @ 5:10am
This mod doesn't need to be updated anymore since PJ has a new version that works just fine with the latest update.