Greenlight > Games > Screwfly Studios's Workshop
Greenlight is being retired. For more information on how to submit games to steam, refer to this blog post.
This item has been removed from the community because it violates Steam Community & Content Guidelines. It is only visible to you. If you believe your item has been removed by mistake, please contact Steam Support.
This item is incompatible with Greenlight. Please see the instructions page for reasons why this item might not work within Greenlight.
Current visibility: Hidden
This item will only be visible to you, admins, and anyone marked as a creator.
Current visibility: Friends-only
This item will only be visible in searches to you, your friends, and admins.
Zafehouse: Diaries
Description Discussions14 Announcements8 Comments608 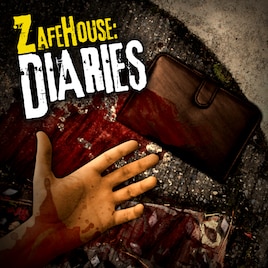 Screwfly Studios
Offline
See all 65 collections (some may be hidden)

View Zafehouse: Diaries in the store

After almost a year on Greenlight, Zafehouse: Diaries is now available on Steam. Thank you to everyone who voted for us, this would not have been possible without you!

If you've been waiting for the game to launch on Valve's distribution service before picking it up, wait no longer. You can visit the store page and purchase the game right now.

Keep in mind that Zafehouse: Diaries can be purchased[www.zafehouse.com], directly from us, for $US9.99. This does include a Steam key.

A small patch is currently in the works to address a few issues and we're also considering adding achievements. We'll keep you in the loop!

For now, enjoy taking the good fight to the roaming dead and do your best to keep your survivors from tearing each other apart.

Good news - we've just released a massive new patch, bringing Zafehouse: Diaries to v1.2.0. And when we say "massive", we mean it!

Along with the usual tweaks, balance changes and fixes, v1.2.0 introduces an entirely new game mode called "No Survivors", protection items to keep your survivors safe and sound, new items including the submachine gun and backpack and loads more.

First, let's tackle No Survivors. You've been asking for a truly endless game mode and here it is! The biggest change you'll notice in this new mode is that you start with just one survivor. Don't worry, by searching the town or using a flashlight or beacon, you can find / attract survivors to boost your odds. Each survivor brings with them prejudices, items and even injuries, so you'll need to carefully consider their inclusion. And, when the group reaches its capacity of five, it's not you who decides who should go - your survivors will make that decision for you!

If you do reject a survivor, they'll retaliate by stealing equipment, sabotaging barricades and setting traps, so be careful!

You won't encounter the likes of the super zombie, lynch mob or the girl and her dangerous relatives either, but that's only because No Survivors presents its own set of tribulations. You'll have to track down resources, set up safehouses and try and keep zombie levels down by patrolling and sniping. If you don't, locations will slowly be overrun, after which you won't be able to access them.

We've also done some reshuffling of the game mode selection screen. Each mode now has its difficulty level clearly displayed and hovering over a mode will reveal additional information about it. The Classic mode has been renamed "Deadline" and represents the most challenging of the three. Road Kill is the default, normal mode while No Survivors is the easiest.

On the item front, protection gear makes its debut. This includes hockey masks, ballistics vests, motorcycle helmets, hard hats and many more. You don't have to worry about equipping your survivors individually, just have these items with you and they'll sort themselves out. Protection gear provides defence against melee and ranged attacks, but the more damage they take, the more they'll wear out and eventually fall apart.

A new weapon also makes an appearance - the submachine gun. It uses 9mm ammo and is a nice weapon to take with you on assaults. It's not very efficient however and you'll find it goes through rounds very quickly. We've also added a backpack by popular demand, a rare item that will make hauling equipment around a little easier.

Overall, difficult has been reduced in all modes, so new players should find the game a little easier to get into. That said, Deadline (formerly Classic) remains a very challenging mode to win.

All the changes included in v1.2.0 can be found on the Screwfly Studios forum[forums.screwflystudios.com].

Zafehouse: Diaries can be purchased today[www.zafehouse.com], directly from us, for $US9.99. Otherwise, please give us a thumbs-up on Greenlight!

Read More
Description
Release date: Available now
Stuck in a remote, abandoned town, you must lead five survivors with conflicting motivations, fragile relationships and fiery prejudices to safety from the roving undead. A sophisticated procedural engine generates new survivors, towns and content so every adventure is a different experience, and you can use built-in editors to add real people and locations to the game.

Are you prepared for the coming zombie apocalypse? Purchase the full version of Zafehouse: Diaries directly from us today[www.zafehouse.com] and be ready for the shambling hordes!

Get Zafehouse: Diaries the moment it's Greenlit
No waiting months, years or never, Zafehouse: Diaries is available right now, so once it's approved on Greenlight, we'll be ready to publish on Steam. If you'd like to buy the game from Screwfly Studios (see the link above) we'll be happy to provide you with a key so you can activate the game on Steam. Desura and GamersGate will also distribute Steam keys to anyone who buys it on their services.

Zafehouse: Diaries is a fresh take on the zombie / survival horror genre. If you're sick of mindless shooters or generic-looking top down affairs that just don't get what the zombie genre is about, this is the game for you.

Want to see how players are faring right now in Zafehouse: Diaries? Check out our live statistics page[www.zafehouse.com], which includes zombies killed, failed amputations, rumours spread, choices made and more!

About Screwfly Studios
We're a two-man developer based in Melbourne, Australia, dedicated to creating deep, innovative strategy games for PC. Zafehouse: Diaries is Screwfly's debut title and the spiritual successor to the highly-regarded Zafehouse.
Popular Discussions View All (14)

Screwfly Studios  [author] Jan 13, 2014 @ 3:34pm
@Wolf.S.Felsenheimer: I was not aware of the similarities. The image was created internally -- the picture of the arm is actually mine!

Zafehouse: Diaries has been Greenlit and is now listed in the Steam store. For the latest information, purchase options, and discussions for Zafehouse: Diaries, please see it on the Steam Store or in the Steam Community.
Visit Store Page
For more details Visit Community Hub
For latest discussions
If you really, really want to, you can continue to the Greenlight page. Information on this page may be out of date, since all the action has moved to the areas noted above.