Store Page
RimWorld>  Workshop > Skullywag's Workshop
This item has been removed from the community because it violates Steam Community & Content Guidelines. It is only visible to you. If you believe your item has been removed by mistake, please contact Steam Support.
This item is incompatible with RimWorld. Please see the instructions page for reasons why this item might not work within RimWorld.
Current visibility: Hidden
This item will only be visible to you, admins, and anyone marked as a creator.
Current visibility: Friends-only
This item will only be visible in searches to you, your friends, and admins. 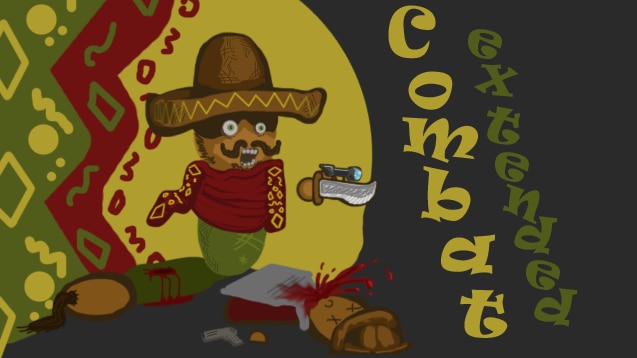 Skullywag
Offline
See all 915 collections (some may be hidden)

This item has been added to your Subscriptions. Some games will require you to relaunch them before the item will be downloaded.
Description
Version: 0.18.1.1

This mod completely overhauls combat from the ground up. It brings completely new shooting, melee and medical mechanics and drastically changes the way combat plays out. Unarmored combat is much more lethal and realistic, bullets are highly lethal. Melee fighters can use ballistic shields and score parries and critical hits against opponents. Bloodloss on the battlefield is a major threat and requires medics to immediately stabilize patients. Almost every aspect of combat has been redone.

Important: First time players should enable the ingame tutor. CE changes a lot about how combat works and the new learning concepts will explain the differences as they come up.

Requires a new save.

CE Guns
CE Guns is an addon to CE which adds a selection of guns specifically designed to interact with new CE mechanics. These include weapon types that are missing from vanilla, e.g. belt-fed machine guns, anti-tank rocket launchers, etc. It is highly recommended that you install this if you're not using another gun mod that adds these things, as they fill niches in gameplay that are missing from vanilla's weapon lineup.

Load below CE main mod in your load order.

Compatibility
Since CE makes sweeping changes to the combat system it is unfortunately incompatible with any mod adding new weapons and requires a compatibility patch. Mods adding new animals also require a patch to add new CE melee verbs and body shapes to animals. Trying to shoot at an unpatched animal will produce a log error to warn you about it using the default body shape.

For instructions on how to make a mod compatible with CE, see the CE Wiki[github.com] on GitHub.

These mods have known conflicts with CE:
SimpleSidearms
MedievalTimes

Bug reports
If you found a bug, please report it using the GitHub issue tracker [github.com]

Discord
We have our own Discord here[discordapp.com]

A special thanks to all the people who helped with testing this mod.

Uploading on behalf of NoImageAvailable and will do so for the forseeable future. Please note no support will be handled here, if you have issues or feedback please use the resources listed above. The forum thread is located here[ludeon.com].

Thanks.
Popular Discussions View All (52)

The_Anonymous_Lemon Aug 11 @ 4:24am
ill see you guys in 7 months when a compatbility patch comes out for 1.2

Burning Pyromaniac Aug 10 @ 7:51pm
Have you made a sandwich yet?

Adori Jul 28 @ 7:24pm
Also it'd be cool to be able to aim for the arms to disarm an enemy, to get rid of their weapon and or so they have less arms lmao

Adori Jul 28 @ 7:22pm
Just couldn't find any mods that were anything close to what I was suggesting

Adori Jul 28 @ 7:22pm
[Suggestion] When attacking you can select which general area you wish to aim for, i.e. set a colonist to aim for the legs to cripple an enemy for easier capture or for when one of your colonists is being bad ;)

AUZAZURZ Jul 19 @ 7:47am
Usually good mod which turns the game into a clownery when appears at least one pawn in any armor. 5,56mm FMJ cannot pierce a plate armor? I always knew that knights would defeat riflemen! A human wearing helmet is immune to headshots? Well, he must have really strong bones if bullet's kinetic energy doesn't break his neck hitting the helmet. A pawn wearing a power armor is a walking tank - well okay, that's not a complete nonsense, but where is my nuclear bomb then?
Pathetic.

marzipan Jul 7 @ 12:25am
I have and issues with this mod.
Suppression, while an interesting feature, makes AI go fucking bonkers. Typically, when you're being shot at (especially if we're roleplaying with high shooter skill implying high tactical awareness), you would crouch down and retreat. Instead, in this mod, colonists will walk somberly toward the enemy, and then "hunker down," no matter how often i tell them to retreat.