Store Page
ARK: Survival Evolved>  Workshop > Xandermud's Workshop
This item has been removed from the community because it violates Steam Community & Content Guidelines. It is only visible to you. If you believe your item has been removed by mistake, please contact Steam Support.
This item is incompatible with ARK: Survival Evolved. Please see the instructions page for reasons why this item might not work within ARK: Survival Evolved.
Current visibility: Hidden
This item will only be visible to you, admins, and anyone marked as a creator.
Current visibility: Friends-only
This item will only be visible in searches to you, your friends, and admins. 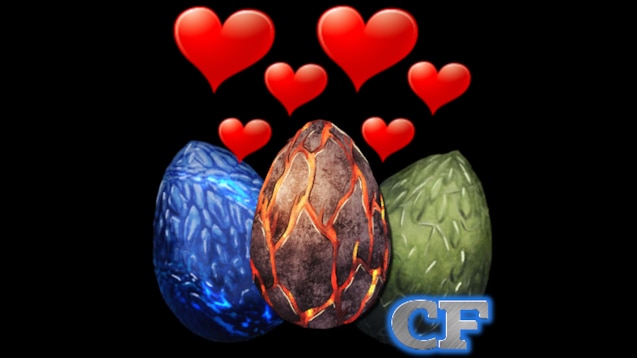 Xandermud
Online
See all 69 collections (some may be hidden)

This item has been added to your Subscriptions. Some games will require you to relaunch them before the item will be downloaded.
Description
ONLY WORKING CORRECTLY IN SINGLE PLAYER
There is an issue on servers that causes the wyverns to apear lvl 1 with no xp. I believe this is just a desync between client and server, and that the wyverns are just being displayed wrong on the client's side. Removing the mod will give you back your unharmed wyvern with its previous level and stats. I have done my best to track down what is causing the issue, but have not had any luck.

I will leave this mod up for people who want to use it in single player, but will not update it further. I had initially thought it would be much simpler and didn't think it would eat up so much of my time. I rarely play Ark anymore and have a hard time motivating myself to mod for the game. I apologize to those who were excited to play with both mods together.

Due to unavoidable incompatibilities between any mods that edit the same creature, a few mod files need to be deleted for 100% compatibility. The files are located in your steam game folder. Most people will have them at:

The files may need to be deleted again whenever Classic Flyers updates.

To restore these files if needed at a later time, you simply need to unsubscribe and re-subscribe to Classic Flyers to re-download them.
If you experience any bugs with Classic Flyers, make sure to test it with the files restored before submitting a bug report to Ertosi (the CF developer).

You may choose NOT to delete the files if you're uncomfortable with it. The mods will still work together, but there will be a quirk you need to put up with in game. All new wyverns that spawn in the wild (and therefore the eggs you find in nests) will be unable to breed until the server is restarted. Once you restart though, they will convert and be able to breed just fine.

Breeding:
It works for existing wyverns and does NOT need a new save or require you to hatch new eggs for it to work.
The babies will inherit stats from both parents exactly as you'd expect. This includes colors.
Wyverns have family trees and random mutations.
You can safely remove this mod without harming your wyverns. If you remove it, they will simply no longer be able to breed.
Only wyverns of the same type can breed with each other. (Fire with fire, lightning with lightning, poison with poison)


If you want to use the wyvern formula, you can use this mod to get it:
Wyvern Milk Substitute

-Eggs that have been laid with the mod installed will disapear if you uninstall the mod. (Wyverns that have already hatched will be safe)

For the <blueprintPath> use one of the following:

This would spawn a lvl 120 fire wyvern right on top of you.


This mod does NOT add wyvern spawns to any map. You will still need to acquire your wyverns on the Scorched Earth map initially.

Incompatible mods:
-Any mod that makes changes to the wyverns or their eggs.

Xandermud  [author] May 19, 2019 @ 5:26pm
No, however you can use Classic Flyers' INI settings to enable breeding without my mod. I'm only leaving this mod up for the people who are currently still subscribed to it.

Gukbuk Nov 1, 2017 @ 8:55pm
Is there any chance you could do the same for Griffins ? Would be cool, Griffin breeding Classic Flyer compatible.