Store Page
ARK: Survival Evolved >  Workshop > RedDwarf's Workshop
This item has been removed from the community because it violates Steam Community & Content Guidelines. It is only visible to you. If you believe your item has been removed by mistake, please contact Steam Support.
This item is incompatible with ARK: Survival Evolved. Please see the instructions page for reasons why this item might not work within ARK: Survival Evolved.
Current visibility: Hidden
This item will only be visible to you, admins, and anyone marked as a creator.
Current visibility: Friends-only
This item will only be visible in searches to you, your friends, and admins. 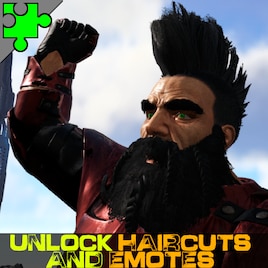 RedDwarf
Online
See all 11616 collections (some may be hidden)

This item has been added to your Subscriptions. Some games will require you to relaunch them before the item will be downloaded.
Description
Mod ID: 942185438


Interested in creating ARK mods?
Come join us in the Discord chat!
http://discord.arkmodding.net

Special Thanks
A very special thanks to the following people who helped me along the way:
Popular Discussions View All (5)

Klötenmambo Aug 19, 2022 @ 7:58am
Thank you so much for your time and effort! Great Mod, that really enriches our gaming experience! Love it♥|

Dragon_sissiy Jun 29, 2022 @ 2:33pm
Agree with MannenMyten. It's a shame we lost such an amazing creator in the mod community because people can't stop being entitled pieces of sh*t. Thank you much for making one of my favorite mods ever.

MannenMyten Jun 14, 2022 @ 12:19pm
Today I found out that Eco has left the modding, because toxic people harass her day in and out with negativity about her mods and it has broken her. It makes me sad to hear and I hope she gets better soon.

I just wanted to say that me, my brother and nephew love and appreciate ALL the work you do for the modding community for Ark. I wish more people would tell all of you modders that what you are doing is great! And not complain and bitch about things you get for free.

Thank you! I hope you never feel bad about your modding.

Oh, and also: fck toxic people they can go off and die in a corner.
< >