Greenlight > Games > Les's Workshop
Greenlight is being retired. For more information on how to submit games to steam, refer to this blog post.
This item has been removed from the community because it violates Steam Community & Content Guidelines. It is only visible to you. If you believe your item has been removed by mistake, please contact Steam Support.
This item is incompatible with Greenlight. Please see the instructions page for reasons why this item might not work within Greenlight.
Current visibility: Hidden
This item will only be visible to you, admins, and anyone marked as a creator.
Current visibility: Friends-only
This item will only be visible in searches to you, your friends, and admins.
Age of Fear 2: The Chaos Lord
Description Discussions0 Announcements4 Comments76 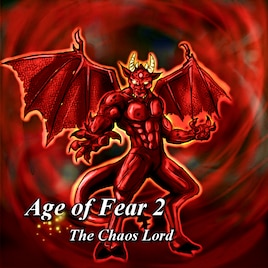 Les
Offline
See all 12 collections (some may be hidden)

View Age of Fear 2: The Chaos Lord in the store

Thank of you all for your support!
We have seriously improved game - items, heroes, skills tree, etc. Hopefuly you will have fun playing it.


All of best,
Les

P.S. We are now working on importing Age of Fear: The Undead King too! It should be ready around May/Jun


New version v1.9.5 has been just released! (in Downloads section on our page www.age-of-fear.net)

We are preparing release for Steam, so expect more upgrades coming soon!

The story takes place in an untamed fantasy land, where the Human Kingdom, the Greenskins' Horde, the Undead Legion and Chaos Demons - are fighting for domination and survival.

You will encounter quick skirmishes, where wise unit's cooperation is essential. You will visit distant lands either as a brutal orc or an devious succubus. You will conquer cities and destroy ancient evil!

Age of Fear 2: The Chaos Lord will be available for Windows, Mac OS X and Linux systems and your serial key will be fully interchangeable between versions!

Les  [author] Dec 7, 2016 @ 4:18pm
Tons of games are in dark fantasy world. That does not make them dependant on Warhammer.
Although I have to say game was influenced by board games.

spacesource@twitch Dec 7, 2016 @ 9:08am
Is this Warhammer? The Game have no License from Games Workshop but Chaos, Greenskins ...

I just found out that AoF2: The Chaos Lord has been greenlit!
We start working on integration asap!!

Thank you all for your support!
Les

Age of Fear 2: The Chaos Lord has been Greenlit and is now listed in the Steam store. For the latest information, purchase options, and discussions for Age of Fear 2: The Chaos Lord, please see it on the Steam Store or in the Steam Community.
Visit Store Page
For more details Visit Community Hub
For latest discussions
If you really, really want to, you can continue to the Greenlight page. Information on this page may be out of date, since all the action has moved to the areas noted above.