Greenlight > Games > Ubivis's Workshop
Greenlight is being retired. For more information on how to submit games to steam, refer to this blog post.
This item has been removed from the community because it violates Steam Community & Content Guidelines. It is only visible to you. If you believe your item has been removed by mistake, please contact Steam Support.
This item is incompatible with Greenlight. Please see the instructions page for reasons why this item might not work within Greenlight.
Current visibility: Hidden
This item will only be visible to you, admins, and anyone marked as a creator.
Current visibility: Friends-only
This item will only be visible in searches to you, your friends, and admins.
Walkover
Description Discussions0 Comments131 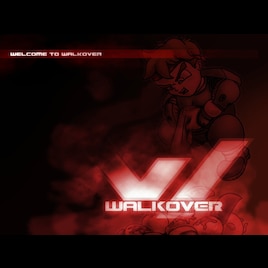 intripoon
Offline
See all 8 collections (some may be hidden)

View Walkover in the store

Originally posted by PR:
Fight side by side with your friends against hords of Aliens. Be prepared for epic battles with several hundreds of enemies.

You like to see the game in action? The Game has been developed for 10 years now and the full version can be downloaded for free on {LINK REMOVED}http://www.walkover.org.


FAQ
Q: The graphics looking so old, can't you make any better?
A: We would love to, but the main images used in the game are from the community. We have different ways for the community to create new levels using theire own sets of graphics.

Q:How many player can do a multiplayer game and what is the top limit of Enemies on the field?
A: We can't really tell. A couple of years ago, we have seen games running with more than 3000 enemies on the field and more than 16 human players. It really depends on your system and internet connection, how many units it can handle and how many players can play at the same time.

Q: The Video looks a bit boring, can't you do better?
A: We would love to, for the moment you can watch a multiplayer game showing the possibilities of the game. In the future, we may bring up additional videos representing specific mechanism of the game.

There is no single player mode at the moment. But you can easily host a game locally by yourself without submitting it to the online game browser. That way, you can play on your own.

For the best playing experience, we strongly suggest to play Multiplayer.

The simplest way for multiplaying is to join one of the available dedicated servers. If you play in a LAN and have no connection to the internet, one player has to host the game, the others have to join it by manually typing the hosters ip in the ip textbox. For hosting a game, port 4009 must be open for incoming TCP/IP connections. If the connection doesn't work, check your network configuration for that port being open.

Generell advices for staring a Game

For starting a game, all players have to set their state to ready. You can see the current state of each player by checking whether there is a [] (not ready) or a [*] (ready) behind his name. Furthermore, a map has to be selected, as well as a game mode. Afterwards, the map gets loaded. When you can see the map, it usually takes a few more seconds until the game really begins. The reason for that is that after all clients loaded the map, the game needs to be synchronized. That takes a few seconds. Besides, not all PCs load equally fast and you have to wait for the slowest.

You can move your soldier with WASD or WAXD. You aim with your mouse and fire with your left mouse button.
There are several different units on the playground. The green soldiers are your army. One of them are you. The human controlled soldiers have a blue circle beneath them as well as their name written above their head.
The main part of your enemies are bugs. They can be born from nests. You can increase the size of your army by taking reinforcement symbols. They are silver or gold blinking. If you die, you get reborn at a respawn point, if your army consists of more than 0 non human controlled soldiers. Otherwise, you loose. The goal of the game is to kill all enemies on the battlefield.
>You can give orders to the soldiers near to you. Have a look below for the possible commands. You can send a chat message by hitting enter, typing your message, and hitting enter again. You can also define hotkey messages on your number block. Before starting walkover, you can modify hotkeymsgs.txt to contain the messages you need often. While playing, you can send the predefined messages by just pushing the respective key on the number block.

After the game, you see, depending on the gamemode, more or less detailed statistics of the game. After closing that dialog, it takes some time until you see the chat dialog again. This is normal.Nach dem Spiel dauert es etwas bis das Menu wieder erscheint. Das Spiel ist dann nicht abgestürtzt, es dauert nur etwas. If someone could tell me how to accelerate glDeleteTextures(), this could be changed. ;)

W up
A left
D right
S/X down

Q Soldiers nearby follow
E Soldiers attack the location where you point at with your mouse
C Soldiers defend the position they are standing at. They shoot
better than in normal mode, but don't move at all.
Y Set Soldiers back to normal behaviour state

R builds a laser tower
F builds a rocket tower
V builds a teleporter, beaming in support troops from time to time
Soldiers have to be around the construction site to finish the building.
The player soldier doesn't count.

1-7 Choose skills after a level up

ESC Leave the game. Attention: If you host the game and leave a game,
all others stop playing the game, too!


Dò you want to know more? Visit us on Facebook: {LINK REMOVED}https://www.facebook.com/pages/Walkover/
< >
131 Comments

Ubivis  [author] Mar 21, 2015 @ 11:22am
Steam will be fine, but thanks for letting us know about the installer on the page, wonder what gone broke there

hangfire Mar 21, 2015 @ 8:51am
Game installer on the site doesn't work, its extractor just says it can't be opened as an archive.. but I'm figuring this isn't an issue with the Steam installer in a few days ;)

Walkover has been Greenlit and is now listed in the Steam store. For the latest information, purchase options, and discussions for Walkover, please see it on the Steam Store or in the Steam Community.
Visit Store Page
For more details Visit Community Hub
For latest discussions
If you really, really want to, you can continue to the Greenlight page. Information on this page may be out of date, since all the action has moved to the areas noted above.