Greenlight > Games > Mxthe's Workshop
Greenlight is being retired. For more information on how to submit games to steam, refer to this blog post.
This item has been removed from the community because it violates Steam Community & Content Guidelines. It is only visible to you. If you believe your item has been removed by mistake, please contact Steam Support.
This item is incompatible with Greenlight. Please see the instructions page for reasons why this item might not work within Greenlight.
Current visibility: Hidden
This item will only be visible to you, admins, and anyone marked as a creator.
Current visibility: Friends-only
This item will only be visible in searches to you, your friends, and admins.
Underhell
Description Discussions69 Announcements6 Comments1502 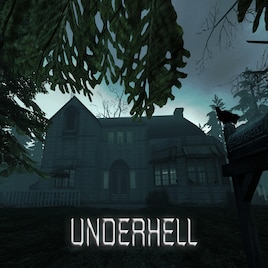 Thank you so much for helping this game get Greenlit!
For the next 9 days you can help Underhell win the 2013 Mod Of The Year awards by voting!
http://www.moddb.com/mods/underhell

Underhell DOES NOT REQUIRE HALF LIFE 2 to function, only Source SDK BASE 2007
(Go in your tools tab of your Steam library to install it, it's free !)

In Underhell you play as Jake Hawkfield, a Special Weapons and Tactics officer who recently married and moved in with his wife.

But soon after this happy event, Jake's wife dies under mysterious circumstances, leaving only clues that suggest she committed suicide. Jake falls apart. Only his boss, mentor, and best friend Frank is there to help him get over his grief.

The game begins with a wake up call from Frank telling Jake to come down to the station. An armed group of highly trained soldiers has taken control of a hospital and all its personnel.

The Original Soundtrack for Underhell is being entirely composed by Tom Stoffel
If you want to purchase the OST to support the Music Composer, you can do so at: