Greenlight > Games > Neurone's Workshop
Greenlight is being retired. For more information on how to submit games to steam, refer to this blog post.
This item has been removed from the community because it violates Steam Community & Content Guidelines. It is only visible to you. If you believe your item has been removed by mistake, please contact Steam Support.
This item is incompatible with Greenlight. Please see the instructions page for reasons why this item might not work within Greenlight.
Current visibility: Hidden
This item will only be visible to you, admins, and anyone marked as a creator.
Current visibility: Friends-only
This item will only be visible in searches to you, your friends, and admins.
Aspectus: Rinascimento Chronicles
Description Discussions2 Announcements1 Comments108 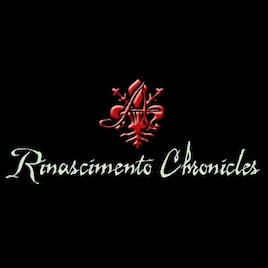 Neurone
Offline
See all 9 collections (some may be hidden)

Hi guys, Aspectus is finally available on the Steam Store! Thank you all for the valuable support, we hope you will enjoy the adventure.

Aspectus: Rinascimento Chronicles is the first title of the Rinascimento Chronicles series set in a fictitious Renaissance Europe. We define it "casual adventure", a point 'n' click adventure with mini game sessions. Dialogues are dubbed in English and subtitles are available in English, German, French, Spanish, Swedish, Italian, Dutch. The game was first published in March 2011 by Big Fish Games, and some months later it entered others casual gaming portal like iWin.

The game is set at Netherlands, in 1520. The Destroyers of the Art come out of paintings and materialize from statues, they come to infect the Art and wreck the city. To trap them, help Mr. Bruesen create the Aspectus, the Perfect Painting, before the time runs out. Find the sect of the amorphous creatures and destroy it.
System requirements

The game was developed by my indie game company, DGform {LINK REMOVED}(http://www.dgform.com). We are currently developing another chapter of the Rinascimento Chronicles saga, called Florence 1529: you can see some screenshots on our website and soon on Greenlight also. We developed an arcade game called Hanabi, and you will see it on Greenlight soon.

First of all, thank you to the community: I'll be happy to gather all of those comments to improve our next projects.

We received many complaints are about cut scene animations: indeed, we tried to realize unusual cut-scenes with a painted style and we put many resources on that, but maybe we didn't reach the goal. I feel we learned the lesson so, next time, we will use only static images an we will avoid cut scenes :P

And for the curious ones, this is the long story.

We had not the budget to realize classical awesome animations but still we wanted to add animated cool cut-scenes to the game to tell new details about the story and to add more value to the game. We liked the idea of using a painted style for all the game graphics, included the cut-scenes, because all the game plot is about the art. So we created storyboards, scripts, images, music (composition and execution), background sounds, english dubbing and translations in many languages. We mixed all those resources, wearing the hat of a director, and we tried to create eerie and mysterious scenes. We thought we reached a sufficient quality for the cutscenes: even if they could be improved, they achieve the goal to describe the story to the gamer. In the meanwhile our budget was running low, a lot of work was already done and we were crossing our release date once more, so we preferred to keep those animations in any case.
< >
108 Comments

ueolin May 30, 2014 @ 4:51am
I remember the good old times when point'n'click adventures were made by the dozen. There is not too many of the type these days, looking forward to this one!

Aspectus: Rinascimento Chronicles has been Greenlit and is now listed in the Steam store. For the latest information, purchase options, and discussions for Aspectus: Rinascimento Chronicles, please see it on the Steam Store or in the Steam Community.
Visit Store Page
For more details Visit Community Hub
For latest discussions
If you really, really want to, you can continue to the Greenlight page. Information on this page may be out of date, since all the action has moved to the areas noted above.