Greenlight > Games > Gurvy's Workshop
Greenlight is being retired. For more information on how to submit games to steam, refer to this blog post.
This item has been removed from the community because it violates Steam Community & Content Guidelines. It is only visible to you. If you believe your item has been removed by mistake, please contact Steam Support.
This item is incompatible with Greenlight. Please see the instructions page for reasons why this item might not work within Greenlight.
Current visibility: Hidden
This item will only be visible to you, admins, and anyone marked as a creator.
Current visibility: Friends-only
This item will only be visible in searches to you, your friends, and admins.
Exodus
Description Discussions1 Announcements6 Comments181 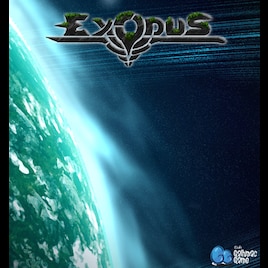 Rekyem
Offline
See all 48 collections (some may be hidden)

View Exodus in the store

Our validation for the fiscal info and store page by Valve was more quickly than expected !
Im happy to say to all of our followers that Exodus is now released !

It is the core game only, and we're looking to add gamepad support later, if it's possible without re-coding all the character controllers and gameplay.

See you soon on Exodus :p

After more than one and half a year, Exodus is finally going to be on Steam !

A huge thanks for people who was behind us and supporting Exodus all this time !!
We're planning to release the game aound the 15th August, the date isn't fixed anyway, but this give you an idea of its availability.

We think about proposing the simple game for an extra shorter price, and a bundle with the great OST made by Morusque.

We're looking to add gamepad support and some Steamworks features, but nothing is guaranted, because people work now for other dev.

Anyway, for those who have purchased the game on our Galhmac web site, you'll received a free Steam Key to use.

I'll communicate next weeks for the official release date and about the final price, which will be really low :p

Read More
Description
Release date: Around the 08/15/2014
Exodus has been greenlighted !
It was a long road since we've put the game on Steam Greenlight.

We want to thank all the people having supported us so far !

-Skills evolution with skill-trees, using evolution points ( Vital energy in the game ) that can be found in the environment or by killing monsters.

-Collected evolution points are lost on death ( but they can be recovered if you can reach them without dying again ), but activated mechanism are not reseted on death.

-More than 550 screens to discover

-Multi-path Hubs connected each other

-15 skills with their respective upgrades

In Exodus, you follow a part of the story of an alien civilisation who were forced to leave their native planet due to an abusive exploitation of its natural resources. They travelled many years in their flying city Exodus, looking for a new home.

They finally discovered a suitable planet, but some time later, and as things never goes as excepted, they had involuntarily triggered a cataclysm.

As Exodus was unable to fly, their tried as a last hope to put the whole people into a stasis state. Many years has passed since this, and the city remains quiet. But one day, a stasis capsule unhooks from its support and falls on the planet...

Exodus is a 2D Plateform/Exploration (metroidvania) game for Windows, with oldschool gameplay mechanics, and HD native resolution (1920*1200). Musics are made by Yann Van Der Cruyssen (Saira, Block That Matter).

You can choose between a male character, Zoulux, or his girlfriend, Ly'sax, depending on your favorite alien (or gender).
The choosen character will get out of his capsule, in a wild and a somewhat hostile environment.
Soon enough, a leader of Exodus will contact you from his capsule, asking you to help Exodus' inhabitants.
And you'll be on your way.

We are a little frenchie indie game studio, Galhmac Game Studio. The core team is composed of 3 guys with their own specialities :


We have created the game and level design together, and we have been helped by Johan Robson ( KGB Conspiracy, Atlantis ) for the story.

We also get some help from interns during the summer holidays.

noblard Jun 27, 2014 @ 7:38am
Congrats for finishing the game, it's with good concept i hope that i will have it ! to see other options when i play

Spydrebyte Jun 25, 2014 @ 7:30pm
Congrats on finally getting greenlit! Took such a long time and I hope you are still supporting the game and we will see it on steam soon!

The game isn't easy, only for mouse/keybord player (yes, we know), but it has a real special look and feel.

robertblane Jun 2, 2014 @ 5:15am
One of those rare Greenlight gems awaiting to be unearthed - hopefully soon, you will get Greenlit.

Exodus has been Greenlit and is now listed in the Steam store. For the latest information, purchase options, and discussions for Exodus, please see it on the Steam Store or in the Steam Community.
Visit Store Page
For more details Visit Community Hub
For latest discussions
If you really, really want to, you can continue to the Greenlight page. Information on this page may be out of date, since all the action has moved to the areas noted above.