Greenlight > Games > geminiradio's Workshop
Greenlight is being retired. For more information on how to submit games to steam, refer to this blog post.
This item has been removed from the community because it violates Steam Community & Content Guidelines. It is only visible to you. If you believe your item has been removed by mistake, please contact Steam Support.
This item is incompatible with Greenlight. Please see the instructions page for reasons why this item might not work within Greenlight.
Current visibility: Hidden
This item will only be visible to you, admins, and anyone marked as a creator.
Current visibility: Friends-only
This item will only be visible in searches to you, your friends, and admins.
Waking Mars
Description Discussions4 Announcements6 Comments450 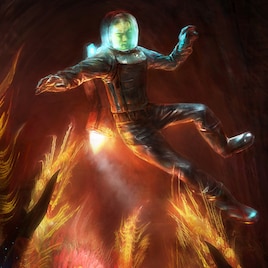 geminiradio
Offline
See all 78 collections (some may be hidden)

View Waking Mars in the store

We just went live a couple hours ago -- you can find our product page here.

Tell your friends! Buy 10 copies for no reason! You guys are the best!!

We're very happy to announce that Waking Mars will be coming to Steam thanks to the amazing support of the Greenlight community!

This is a huge day for us. As a small, fully-independent developer, being able to sell our game through Steam to a wide audience of gamers is a significant event for our business. Thanks so much to everybody who voted for us!

We've been asked a lot about Steam keys for people who have already bought the game. If you already purchased the game through the Humble Bundle you WILL receive Steam keys. We can also get you a Steam key down the road if you purchase the game for PC, Mac, or Linux through our website, which you can do right now at this address:

Read More
Description
Release date: Available Now!
BRING A SLEEPING PLANET BACK TO LIFE
In 2097, life is discovered on Mars. When your mission of first contact becomes trapped by a cave-in, you must master the alien ecosystem to survive. With time running out, you will make a decision that determines the fate of a lost planet.

One of 2012's best iOS games is landing on Mac and PC this fall!!
{LINK REMOVED}www.WakingMars.com

Watch our "MAKING OF THE PC VERSION" video here:
https://www.youtube.com/embed/x4e4DNcQ6Qk

"Raises the bar on quality… One of the most satisfying gaming experiences… Get this game."
- TouchArcade, 5/5

"Thousands of video games ask you to take life, but very few ask you to create it. … You may find yourself more emotionally invested than you’d thought."
- Paste Magazine, 9.1/10 BEST GAME of 2012 (so far)

“The most interesting story I've seen in an iPhone game”
- Joystiq, 'Portabliss'

"Fully capable of grabbing your attention and not letting go for hours. … Who would have ever thought gardening could be this interesting?"
- Gamezebo, 4.5/5

"I don’t doubt that it’s going to be one of the best games of 2012. … An amazingly innovative exploration adventure game"
- App Advice, 5/5

BRING CAVES TO LIFE WITH UNIQUE "ACTION GARDENING" GAMEPLAY
➤ Cultivate a vibrant, interconnected ecosystem of exotic plants and alien creatures.
➤ Learn the diet, habits, and vulnerabilities of each new lifeform you encounter.
➤ Grow one species to feed another, eliminate unwanted infestations, and create emergent interactions.

From Tiger Style, the creators of Spider: The Secret of Bryce Manor (IGF Best Mobile Game 2009). Tiger Style is an indie studio of designers, artists, musicians, and industry veterans whose prior credits include Thief, Deus Ex, and Splinter Cell.
{LINK REMOVED}www.TigerStyleGames.com

Waking Mars has been Greenlit and is now listed in the Steam store. For the latest information, purchase options, and discussions for Waking Mars, please see it on the Steam Store or in the Steam Community.
Visit Store Page
For more details Visit Community Hub
For latest discussions
If you really, really want to, you can continue to the Greenlight page. Information on this page may be out of date, since all the action has moved to the areas noted above.