Greenlight > Games > banov's Workshop
Greenlight is being retired. For more information on how to submit games to steam, refer to this blog post.
This item has been removed from the community because it violates Steam Community & Content Guidelines. It is only visible to you. If you believe your item has been removed by mistake, please contact Steam Support.
This item is incompatible with Greenlight. Please see the instructions page for reasons why this item might not work within Greenlight.
Current visibility: Hidden
This item will only be visible to you, admins, and anyone marked as a creator.
Current visibility: Friends-only
This item will only be visible in searches to you, your friends, and admins.
Phantasmaburbia
Description Discussions3 Announcements3 Comments232

banov
Offline
See all 37 collections (some may be hidden)
Recent Announcements View All (3)
Abandoned? Not quite...
May 17, 2016 - Rockythechao

...though it's up in the air at the moment, and I don't blame folks for writing it off as vaporware.

The gist of it is that banov was having too much trouble with the Studio port, so the Mac version sadly isn't going to happen; if the re-release is going to happen at all, it'll be as a patched-up version of the GameMaker 8.1 build. As far as we can tell the game doesn't have any issues on Windows 10 and banov's still looking into a solution for the Windows 8/8.1 crashes, but for the time being his primary focus is his current project, Wandersong.

I want to stress not to direct any anger toward him for that. If you want to blame someone, blame me -- I was taking too long to get the new assets to banov and hadn't been keeping up frequent contact with him. The guy's not rich, he has to keep developing to make a living and he couldn't just keep waiting on me forever.

I'm not going to sugarcoat it, I screwed up. In so many ways. I tried to take on this Greenlight page when I wasn't prepared for it. I put all my energy into preparing the perfect announcements, and then trying to make the next one bigger and better to make up for the previous one falling through, and in the end I'd burned myself out all for updates that never ended up getting published. I justified taking a break from Phanta by telling myself the work would suffer if my heart wasn't in it, and then got myself further involved in other projects in another community... partly as an outlet and source of support for declining emotional health and other personal issues.

I'm not saying that stuff for sympathy; as it is I still don't know whether those issues I've been going through were due to mental illness or a mix of dumb decisions and situational factors. Could be both. But overall I don't feel like any of it excuses the shameful way I handled this project.

I'm sure you guys are tired of pointless words and PR fluff, so I won't waste your time with further apologies for the lack of updates or more promises of regular updates or anything like that. The best I can do now is just keep working on the art and see my part of this project through to the end, and since my word's not really worth much at this point, here's another art dump: 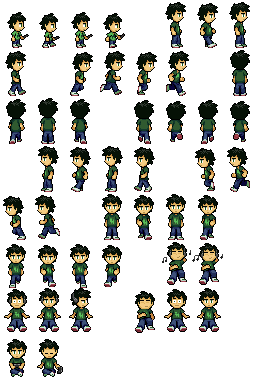 (Yeah, we're not 100% settled on the name change yet but Spectral Edition's been the strongest contender.)

EDIT: To clarify, I don't mean to make light of chronic depression or other mental illnesses nor am I saying it's wrong to express sympathy for people suffering from them. I'm merely saying I don't feel like my own situation/state of mind should excuse my behavior due to my uncertainty about it; until I know beyond a shadow of a doubt whether I developed an unhealthy lifestyle because I was depressed or I was depressed because I developed an unhealthy lifestyle, I'm operating under the assumption it was the latter.

Before we get started, I'd like to apologize for the lack of updates; while we've shared bits and pieces on other sites, we haven't been doing a good job of keeping y'all informed here on Greenlight. So we're going to aim for new updates at least once a month from here on out!

Though we didn't specify a release date, our original goal was to try and launch the updated version of Phantasmaburbia tonight just like we did with the original back in 2012. As banov commented on the previous update, however, we've decided it would be best not to push the game out this year; aside from not having to worry about being overshadowed by all the other great games coming out this holiday season, this gives us more time to work on the Mac/Win 8+ ports and give the game that extra bit of polish.

With that said, I’d like to elaborate on what banov meant when he stated that “we’re working on a lot of new stuff for the game”: at the moment we don’t have any plans for new areas, enemies, items, cutscenes, etc. That’s not to say those things are completely out of the question, but our goal is to deliver a better version of the game's original experience first and foremost. As such, new additions are mostly going to be minor things like new terrain tiles and scenery objects... but the game’s existing assets are being refined and redone to a greater extent than we originally planned!

As I've mentioned elsewhere[rockythechao.tumblr.com], the Steam version of Phanta is going to feature all-new dialogue busts and battle cut-ins after all! While some of these new portraits will remain fairly similar to the originals aside from fixing weird anatomy and correcting off-model details, the majority of them will be much more dynamic and expressive; here’s a quick sample: 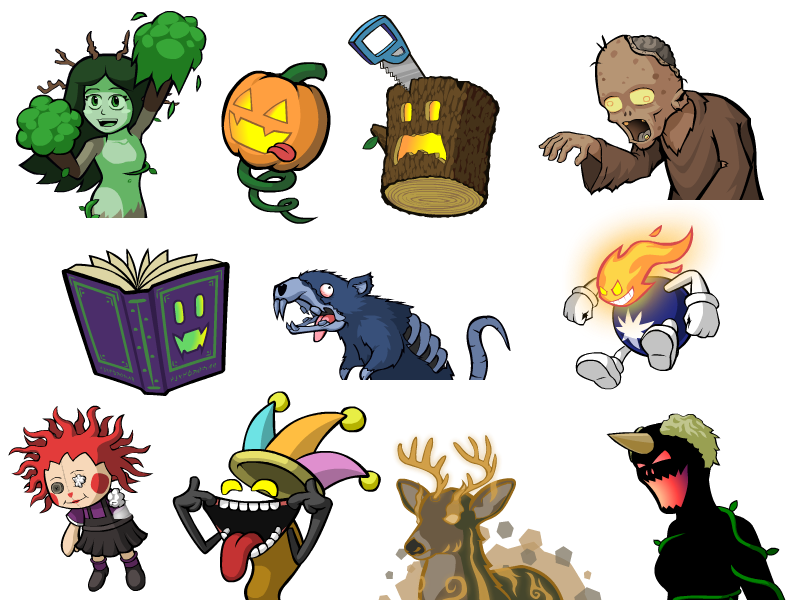 (Again, not final, this stuff is subject to change, etc.)

Jason will also be revisiting the game’s soundtrack; we don’t have any new or updated music to share here just yet, but we’ll see about including some in future updates.

Last but not least, we’re considering changing the game’s name. Nothing’s certain yet; we may just add a subtitle or give it a new title completely. We’re not looking for new name ideas at the moment, but we are still interested in hearing your thoughts on this potential change in the comments!

Thanks for being patient with us, everyone! Enjoy this night of frights and delights, and look forward to hearing from us again in a few weeks!

Read More
Description
Release date: October 31, 2012
"...the essence of a great game. It's fun, it's deep and it's a game that anyone would do well to try, even those who aren't necessarily RPG fans." - JayIsgames http://jayisgames.com/archives/2012/11/phantasmaburbia.php

"...it’s a game about a place. It’s a game about a time; it’s the video game equivalent of those classic childhood movies. It’s packaged nostalgia, supplemented by a clever game that takes and modernizes the tropes we’ve come to expect from the humble RPG." - Pixels or Death http://pixelsordeath.com/the-long/phantasmaburbia-aint-afraid-of-suburban-ghosts

"I tried my best to think of a reason, any one at all, as to why you shouldn’t play Phantasmaburbia, but I can’t think of any... laughs in the face of billion-dollar games that don’t show even half the heart and inventiveness that it does." - Mash Those Buttons http://mashthosebuttons.com/review/phantasmaburbia-review/

"Like Dubloon, Phantasmaburbia is a highly streamlined experience with a lot of tricks up its sleeve to keep gameplay varied and interesting. However, Phantasmaburbia has the advantage of being much more polished and atmospheric than its predecessor." - IndieRPGs http://indierpgs.com/2012/10/new-release-phantasmaburbia/

About the Game:
Phantasmaburbia is an adventure-roleplaying title that mixes old and new RPG ideas. In the year 201X, ghosts and evil spirits invade an American suburban community. A group of teens, armed with weapons found in their homes and assisted by friendly spirits, set out to prevent the rise of a great evil in their small town. It's got a crazy and original story with fast gameplay, clever puzzles, and fun secrets!

This is a game that's made to be a bit different. There's no currency or "fetch quests" and even NPCs are exceedingly sparse. You gain levels in a way such that you're never forced to grind, and the battles themselves are made to go quickly and succinctly (this game doesn't waste your time). The decisions you make over the course of the game have little effect on the story, but have ramifications for your characters' abilities and what dungeons you play. The puzzles are based on spatial manipulation, and require logical thinking beyond memorization or basic lock-and-key archetypes. While I still clung onto some of the superficial bits of old RPGs that I loved like combat menus and inventories, I also worked at every turn to personalize those things or optimize them to make something that's both classic and new.

Blackthorne Dec 16, 2014 @ 11:11pm
You DO realise I'm now going to have that song stuck in my brain until this gets released, right? ;-) This looks like great fun - voted and following for updates. All the best!