Greenlight > Games > MekuCube's Workshop
Greenlight is being retired. For more information on how to submit games to steam, refer to this blog post.
This item has been removed from the community because it violates Steam Community & Content Guidelines. It is only visible to you. If you believe your item has been removed by mistake, please contact Steam Support.
This item is incompatible with Greenlight. Please see the instructions page for reasons why this item might not work within Greenlight.
Current visibility: Hidden
This item will only be visible to you, admins, and anyone marked as a creator.
Current visibility: Friends-only
This item will only be visible in searches to you, your friends, and admins.
A Hat in Time
Description Discussions77 Announcements41 Comments2926 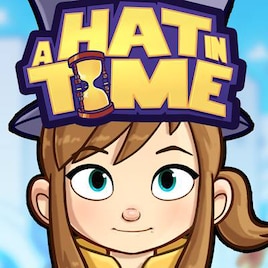 Chef_Boy_Sadee
Online
See all 311 collections (some may be hidden)
Kickstarter

View A Hat in Time in the store

Gamescom Announcement: A Hat in Time releasing October 5th for PC, Xbox One and PS4 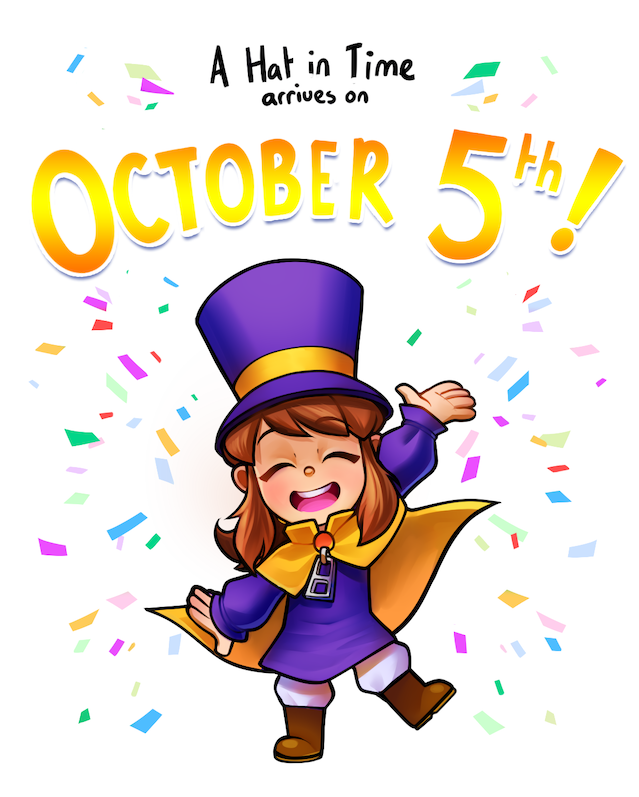 A HAT IN TIME RELEASES OCTOBER 5TH
Hello backers and slacker-backers, and all the fans who have met us at Gamescom so far!
We're happy to announce that A Hat in Time is releasing October 5th for PC (Steam, Humble, GoG), Xbox One and PS4! The wait is finally over, the cute-as-heck 3D platformer will be in your hands soon!!
THE POWER OF MODS 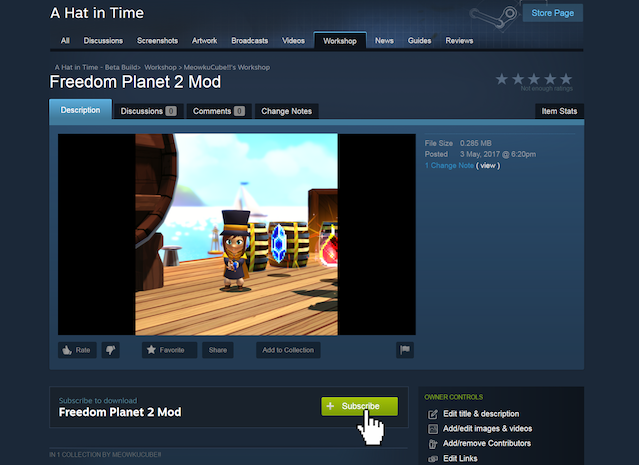 It is no secret that us at Gears for Breakfast all come from a modding background! It's really close to our heart, and for that reason we've always wanted to return the favor, by allowing our community to mod our game as well!

A Hat in Time will release with the following modding support:
Seriously, just go nuts! We love seeing fan creations!!

To kick off our modding support, we'll be releasing OFFICIAL MODS. We've gotten in touch with some VERY COOL people at various studios, and we're happy to announce the following mods will be available for A Hat in Time on PC at launch: 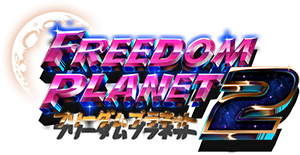 Freedom Planet is all about momentum and speed, and when given the opportunity to work with the GalaxyTrail team, we wanted to transfer that momentum and speed to A Hat in Time also! Presenting: Lilac's Headpiece!
The headpiece allows Hat Kid to perform Lilac's Dragon Cyclone move, with all-new custom animations, effects and voice lines!

PSYCHONAUTS 2: RAZ'S PSYCHIC HELMET
DoubleFine is so cool for letting us do this!!!!!!!!!! It's no secret that A Hat in Time is Psychonauts inspired, so getting the chance to work with the people at DoubleFine has been a dream! Which of Raz's psychic abilities did we pick as the ability for Hat Kid? 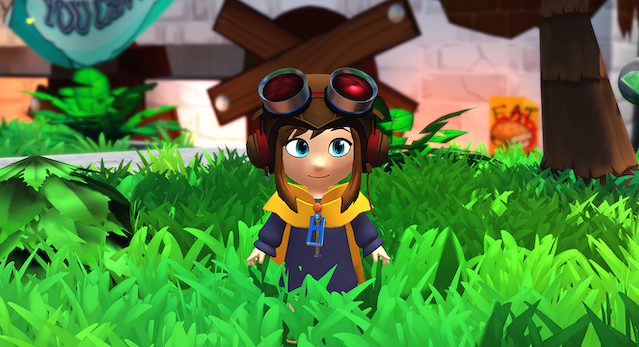 You'll find out when the mod releases October 5th!!

AND MANY, MANY MORE MODS! 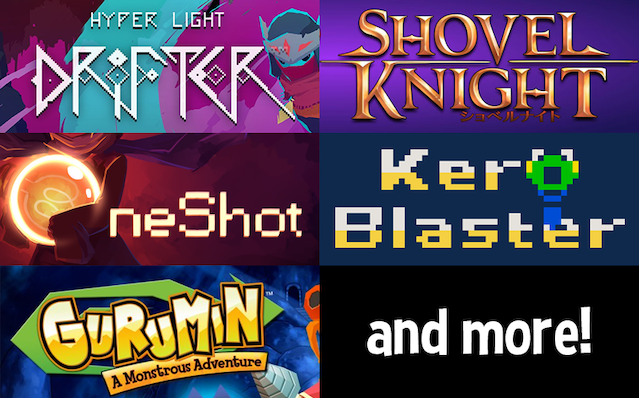 Check out the massive Kickstarter update to see all the recent progress!

Read More
Description
Release date: October 5th, 2017
A Hat in Time is a 3D collect-a-thon platformer in the spirit of Rare and Nintendo games on the Nintendo 64!

Since the game's been Greenlit, there's little reason for us to keep this page up-to-date. We do however, post very frequently on our social media pages. If you're interested, check us out there!

Time is falling apart and it is the job of the brave interstellar-travelling solo Hat Kid to collect all the time pieces and put them back together! But watch out, you're in a race against the evil Mustache Girl, who wants to use time for evil!

The game mashes the best of Nintendo 64 platforming and gives it a modern twist! Not only can you navigate terrain using your own abilities, but you are provided with your trusty umbrella, which can be upgraded to provide a wide range of abilities!

A Hat in Time is split up into five story segments, 'chapters', and each chapter is split into several missions, 'acts'. The chapters differ greatly, ranging from big cities to spooky forests, vast deserts, and even the moon!

In chapter 1 'Down with the Mafia', Hat Kid crash lands on a mountain containing a huge city, entirely infested by the Mafia of Cooks! Hat Kid will have to both defeat the Mafia of Cooks and save the city from drowning in super hot lava, all this while keeping Mustache Girl at bay!

In chapter 2 'The Subcon Forest', Hat Kid is on a mission to save the gloomy Subcon Forest! But it won't be easy, The Snatcher will be stealing your stuff, the Moonjumper will be mind-controlling everyone around you and Timmy will be getting in your way as he takes control of his living haunted manor!

Nunchuck Sep 4, 2019 @ 6:02pm
I can't believe this legendary had its start in greenlight. While it wasn't the best platform I will miss it, it did give us some great games and experiences.

happyalm Dec 16, 2016 @ 3:14pm
Just got a trailer for Chapter 3 so check it out if you're only looking on this page for some reason
https://www.youtube.com/watch?v=xdfWqiCzCbw

Make sure to check those out to see what we're up to in the meantime! :D

A Hat in Time has been Greenlit and is now listed in the Steam store. For the latest information, purchase options, and discussions for A Hat in Time, please see it on the Steam Store or in the Steam Community.
Visit Store Page
For more details Visit Community Hub
For latest discussions
If you really, really want to, you can continue to the Greenlight page. Information on this page may be out of date, since all the action has moved to the areas noted above.