Greenlight > Games > Xerges's Workshop
Greenlight is being retired. For more information on how to submit games to steam, refer to this blog post.
This item has been removed from the community because it violates Steam Community & Content Guidelines. It is only visible to you. If you believe your item has been removed by mistake, please contact Steam Support.
This item is incompatible with Greenlight. Please see the instructions page for reasons why this item might not work within Greenlight.
Current visibility: Hidden
This item will only be visible to you, admins, and anyone marked as a creator.
Current visibility: Friends-only
This item will only be visible in searches to you, your friends, and admins.
Defenders of the Last Colony
Description Discussions2 Announcements5 Comments7712 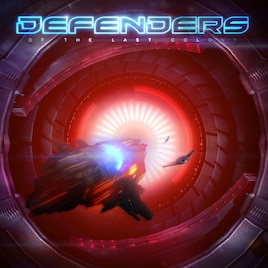 Maniac
Offline
See all 65 collections (some may be hidden)

View Defenders of the Last Colony in the store

Store page
Recent Announcements View All (5)
The end of the tunnel
November 25, 2014 - Maniac

Hi there defenders!!
Thanks a lot to everyone for your comments, critics and support. We've been working non-stop to make this looks great and to introduce a lot of cool new features for you to enjoy.

So we're very happy to announce that we have a 80% of the development done so we're really close to complete the game.

Check out a few screenshots of the actual look of the game:

Read More
Description
Release date: September 2012, available on XBLIG and Desura
Defenders of the Last Colony is a 2D Shooter with Strategy gameplay mechanics, where you have to protect the Colony's core while you gather resources and build defenses. You play as one of the 4 classes: Fighter, Striker, Carrier or Engineer. Fighters and Strikers focus on gun power while Engineers and Carriers can build more structures (like turrets, repair platforms...). The game is coop up to 4 players.
____________________________________________________________


Besides is strategy component Defenders is a fast paced arcade with lots of content to unlock, like retro modes and new abilities.

The Starians came from nowhere, decimating the colonies as they passed.

Only one colony survived, carrying four prototype ships they are travelling to save what it's left of the other colonies, and taking as many Starians as they can on their way.

Xerges  [author] Jun 2, 2016 @ 2:29pm
It's been a tough year and a half, I'll make an announcement explaining.
The game is still in development, It will be release this summer.

Defenders of the Last Colony has been Greenlit and is now listed in the Steam store. For the latest information, purchase options, and discussions for Defenders of the Last Colony, please see it on the Steam Store or in the Steam Community.
Visit Store Page
For more details Visit Community Hub
For latest discussions
If you really, really want to, you can continue to the Greenlight page. Information on this page may be out of date, since all the action has moved to the areas noted above.