Greenlight > Games > Indomitus Games's Workshop
Greenlight is being retired. For more information on how to submit games to steam, refer to this blog post.
This item has been removed from the community because it violates Steam Community & Content Guidelines. It is only visible to you. If you believe your item has been removed by mistake, please contact Steam Support.
This item is incompatible with Greenlight. Please see the instructions page for reasons why this item might not work within Greenlight.
Current visibility: Hidden
This item will only be visible to you, admins, and anyone marked as a creator.
Current visibility: Friends-only
This item will only be visible in searches to you, your friends, and admins.
In Verbis Virtus
Description Discussions20 Announcements23 Comments1633 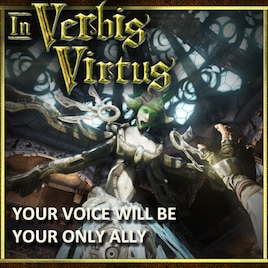 Indomitus Games
Offline
See all 158 collections (some may be hidden)

View In Verbis Virtus in the store

The teleport spell comes in two different forms. Saying Name't Atu'l your body is instantly moved to the farther reachable point in the direction you are looking at, this is the fastest way to escape monsters and traps or to get thourgh a passage closing quickly, on the other hand its result are not completely predictable. Atu'l E'kto Name't, instead, creates a mark to show where the spell will bring you, this way you can move more precisely but you’ll need a short additional time to do it. 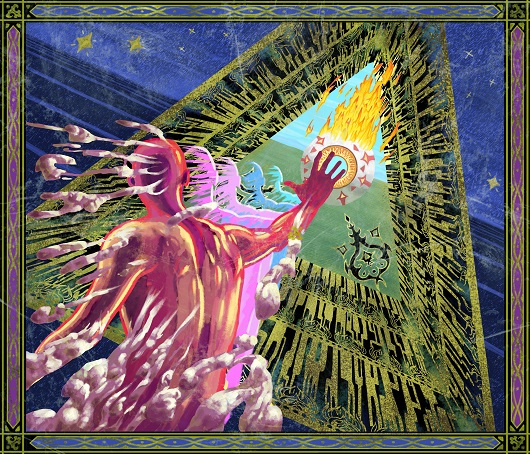 "Despite your shell prevents you from moving like Them, your mind can destroy the chains that imprison you on the ground. The mind is the key to everything. It makes you equal to Them. But beware, the flesh is not made to move in Their realms. They are not made of fragile matter, They can travel to infinity and find themselves in the same spot They started from, but if you try to do that your limbs would know aspects of pain that hell itself would be afraid of. Use this art wisely, but do not abuse it, because it takes Their hands an instant to get you while traveling in the realm."

Read More
In Verbis Virtus is not a baby's toy
October 24, 2013 - Indomitus Games

“You mean you have to use your hands?
That's like a baby's toy!”
http://www.youtube.com/watch?v=eqv1nt--H-0

Read More
Description
Release date: April 2014
In Verbis Virtus is a first person game where you use a microphone to cast spells by actually saying the magic words. It mixes action and puzzle elements in a fantasy setting.

While playing In Verbis Virtus you find yourself completely unarmed in a dark dungeon that hides many dangers. The only way to overcome the obstacles is to learn the secrets of the arcane arts of magic through inscriptions that you will find along your path. The magic formulas found, if pronounced correctly, enable you to perform many kinds of spells. Using these powers in a creative way you can solve puzzles, overcome traps and kill the enemies that try to hinder your journey.

The game is developed with the Unreal Development Kit by Indomitus Games.

There will be a way to play without speaking at the microphone, just with keyboard and mouse?
- The current intention is to base In Verbis Virtus entirely on this feature and design the gameplay specifically around it. Let the player disable it would require us to modify the gameplay for traditional controls, thus turning the game in an ordinary first person game. That's not what we want to achieve.

Do I need an expensive microphone?
- No, any cheap microphone can do it.

All the spells have to be formulated in english?
- Just in the demo. For the final release we're setting a custom made language that will sound more magical and will vaguely resemble classic fantasy languages

What if I have troubles with the speech recognition?
- Even if the default recognizer already works very well, the final version of the game will have an option to 'train' it to your voice.

Won't it ends in a brainless shout game?
- Not at all. From beginning to the end you will not get any hint on how to use your powers. You will just know that you have those spells, how to use them is up to you.
Even the enemies will force you to find the way to beat them combining your enchantments, but there will not be just one strategy to win, anyway.

There will be enemy fights?
- For sure! We're already working on them!

... and boss fights?
- Of course! They will be challenging and epic! We think that epic, huge and cinematic boss fights combined with the voice control system will be able to make the players feel as if they are inside the game!
Moreover, boss fights will always challenge the player's knowledge of his spells and the environment. The first time approaching a boss, you will need some minutes to understand how the enemy fights and which of your spells are effective against it. Usually you will be forced to use many of them to overcome your opponent.

It seems that In Verbis Virtus does not work correctly on my PC, what should I do?
- Before all be sure that your PC meets the hardware and software requirements, in case it does send a mail to info@indomitusgame.com describing your problem with as many details as possible and attaching the 'My Documents\My Games\In Verbis Virtus\Vreco.log' and 'My Documents\My Games\In Verbis Virtus\UDKGame\Logs\Launch.log' files. We're working hard to support each and every sound card in the market, sending the log file will help us provide a better experience to everyone. Thank you!!
< >
1,633 Comments

Indomitus Games  [author] Oct 7, 2015 @ 2:53am
The publisher removed the game from the store for no apparent reason. It will be back as soon as possible

In Verbis Virtus has been Greenlit and is now listed in the Steam store. For the latest information, purchase options, and discussions for In Verbis Virtus, please see it on the Steam Store or in the Steam Community.
Visit Store Page
For more details Visit Community Hub
For latest discussions
If you really, really want to, you can continue to the Greenlight page. Information on this page may be out of date, since all the action has moved to the areas noted above.