Flight Sim World > Guides > Drawyah's Guides
This item has been removed from the community because it violates Steam Community & Content Guidelines. It is only visible to you. If you believe your item has been removed by mistake, please contact Steam Support.
This item is incompatible with Flight Sim World. Please see the instructions page for reasons why this item might not work within Flight Sim World.
Current visibility: Hidden
This item will only be visible to you, admins, and anyone marked as a creator.
Current visibility: Friends-only
This item will only be visible in searches to you, your friends, and admins.

How to mod FSX aircraft into FSW! (Jets & Freewares)
By Drawyah
In this tutorial, I will be going through all of the steps needed to add your very own FSX aircraft into Dovetail Games Flight Sim World! This should work with most, if not all aircraft with varying degrees of success as a lot of the FSX files, including the .dll gauge files, are all compiled in x32 bit as opposed to the new FSW x64 bit.

Modding your aircraft into FSW

Comments
Introduction to FSW Modding
This guide will go through step-by-step on how to add your own aircraft into Dovetail Games Flight Sim World. While this will work on essentially all aircraft, they will all have their own varying levels of success depending on how they are made, as the virtual cockpit .dll files are all compiled in x32 bit, and not x64 bit which FSW requires.

I have also made a video tutorial for those that would like a more visual way of explaining things, or listen to the instructions in the background instead - This can be viewed below.

You will also need some code to insert into each aircraft.cfg file. This can also be viewed below.
https://1drv.ms/t/s!Av7euqX9-qNYiJ9jMZKkgUKoaetmRA
Modding your aircraft into FSW
The first step you want to do is select the aircraft you are installing for FSW. This is simply copying and pasting the aircraft from FSX/Sim Objects/Airplanes into the FSW/Sim Objects/Airplanes folder. 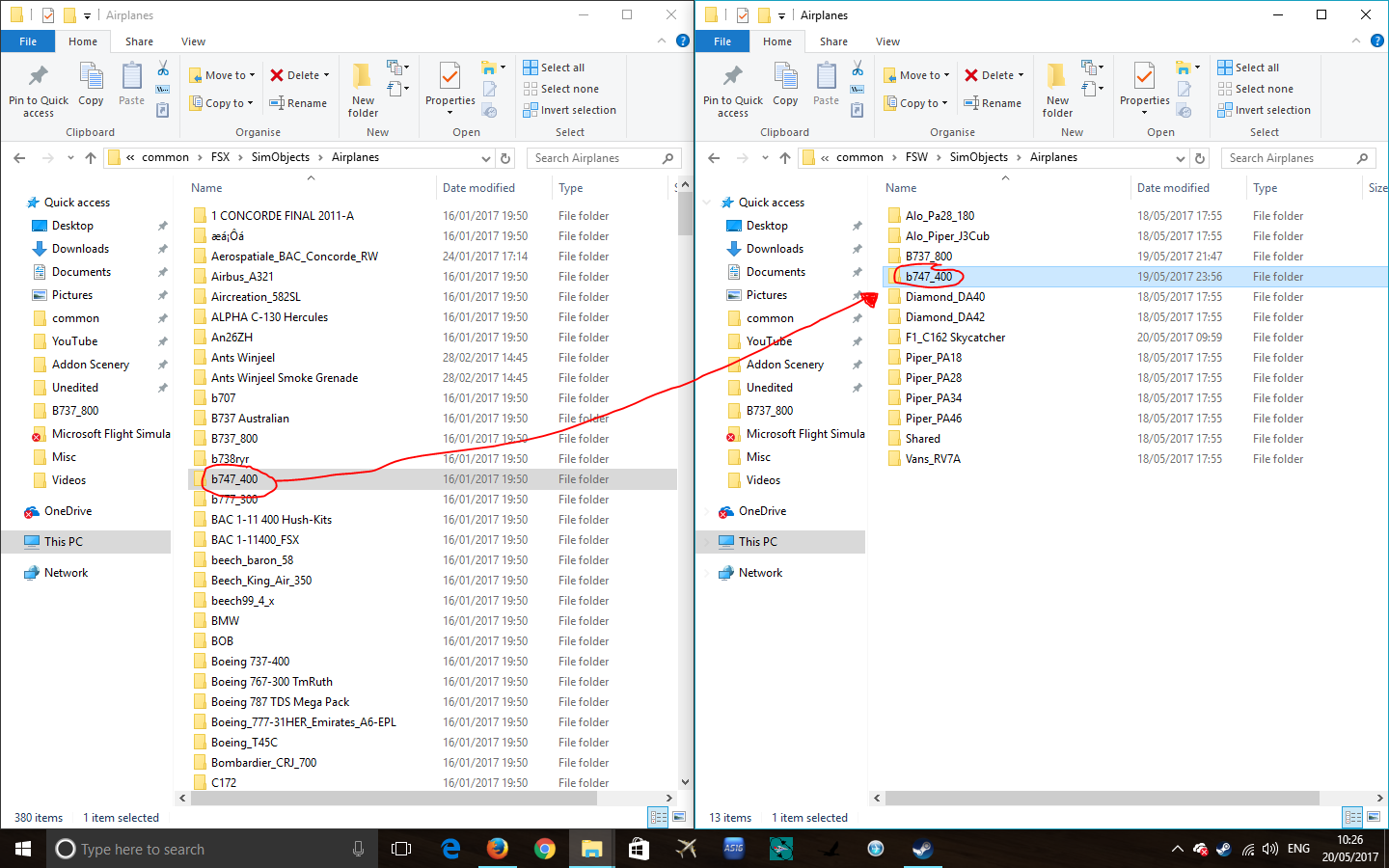 Now open up the copied aircraft, and open up the file titled 'aircraft.cfg' in any word processor, Notepad is more than enough.

The first thing you will want to do is ensure that each aircraft will appear in Dovetail's new UI. Copy and paste this code below at the end of each [fltsim.X] tag, just before the next one starts. This will initialise the thumbnails and add the information the aircraft needs in order to appear in this menu.

Do note that it is good practice to change each time it states 'texture' in the subdirectory to the texture file of the aircraft itself, making sure that the correct thumbnail appears under each livery. 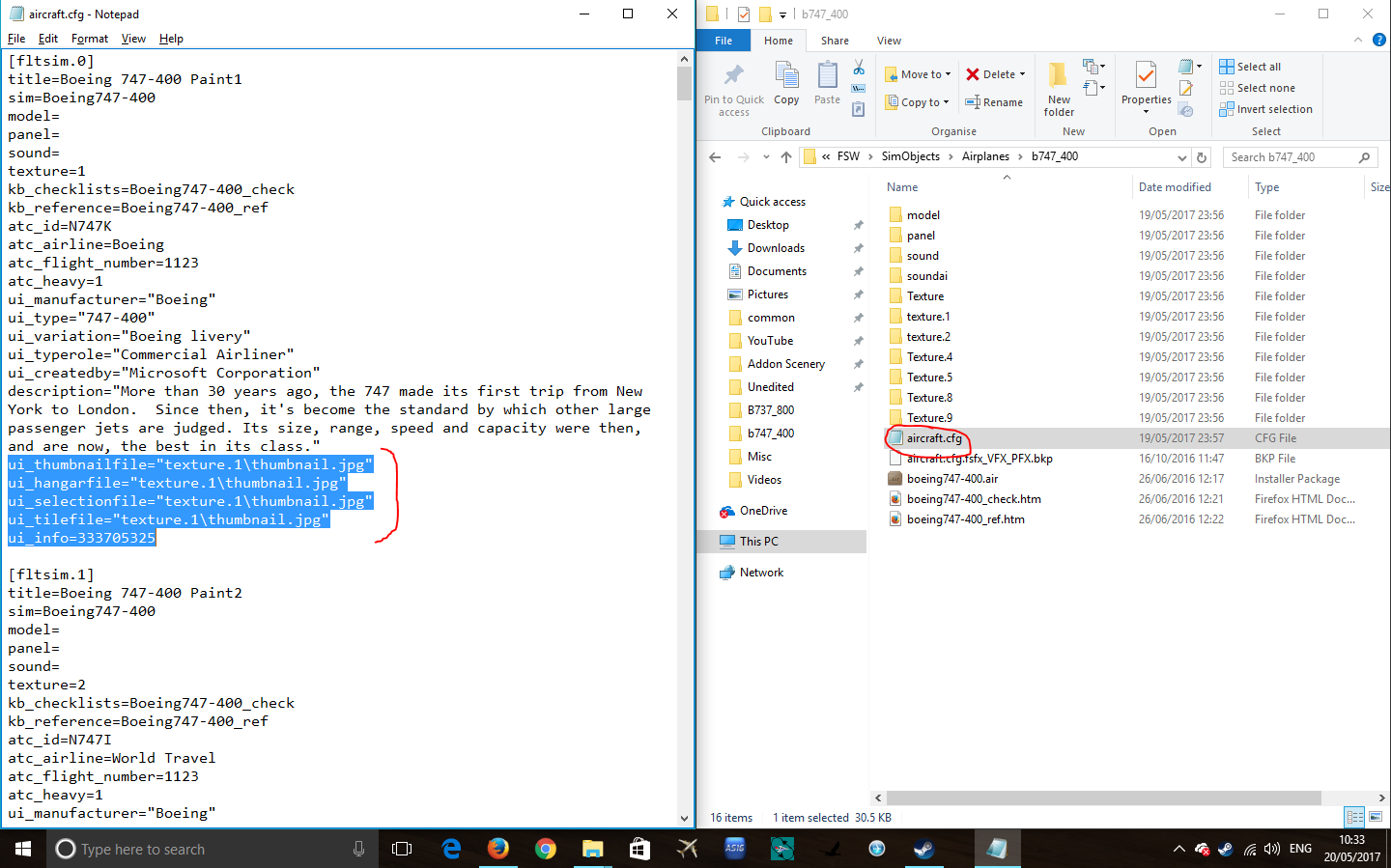 Now you want to scroll down to the very bottom of the aircraft config. Here you will need to paste in the second bit of code below, this one making sure that the stats of each aircraft will properly appear in the UI.

It is also possible to change each stat to match the real aircraft, but this is not required and will work as is copy and pasted.

Finally, you will want to copy and paste over the aircraft gauges from both root simulator directories. This will try to make the virtual cockpit as functional as possible, but as mentioned at the start with the x32 bit compilation, this will not work 100% in terms of being able to function any cockpit switches. 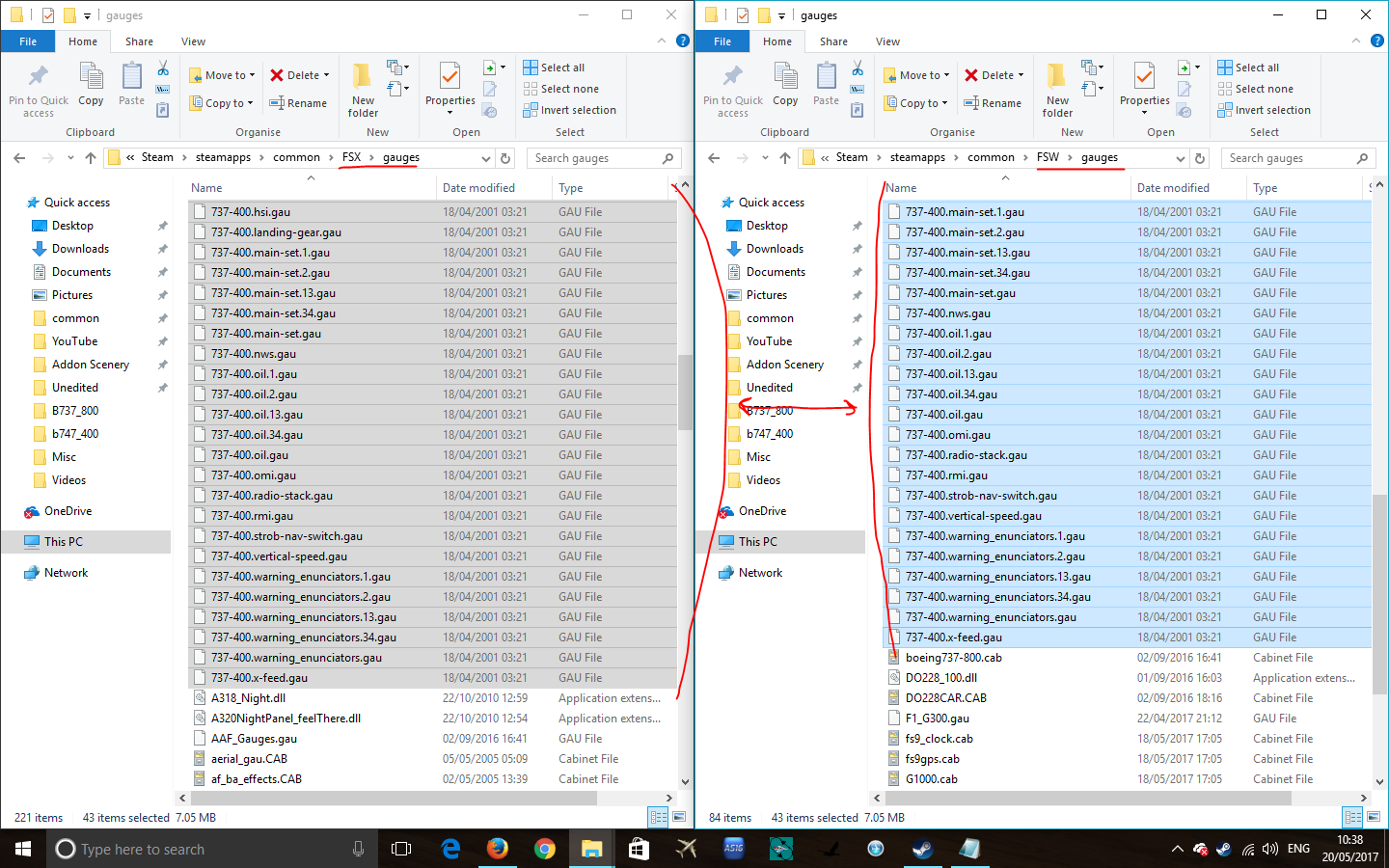 Once you have completed these steps, the aircraft will now work in Dovetail Games Flight Sim World!
Launching FSW
Once you have installed the aircraft, the process of loading it is as normal. Launch the simulator and select the 'Free Flight' mode. The thumbnail textures will be low resolution, but this does not matter so much as these are based on the FSX size. 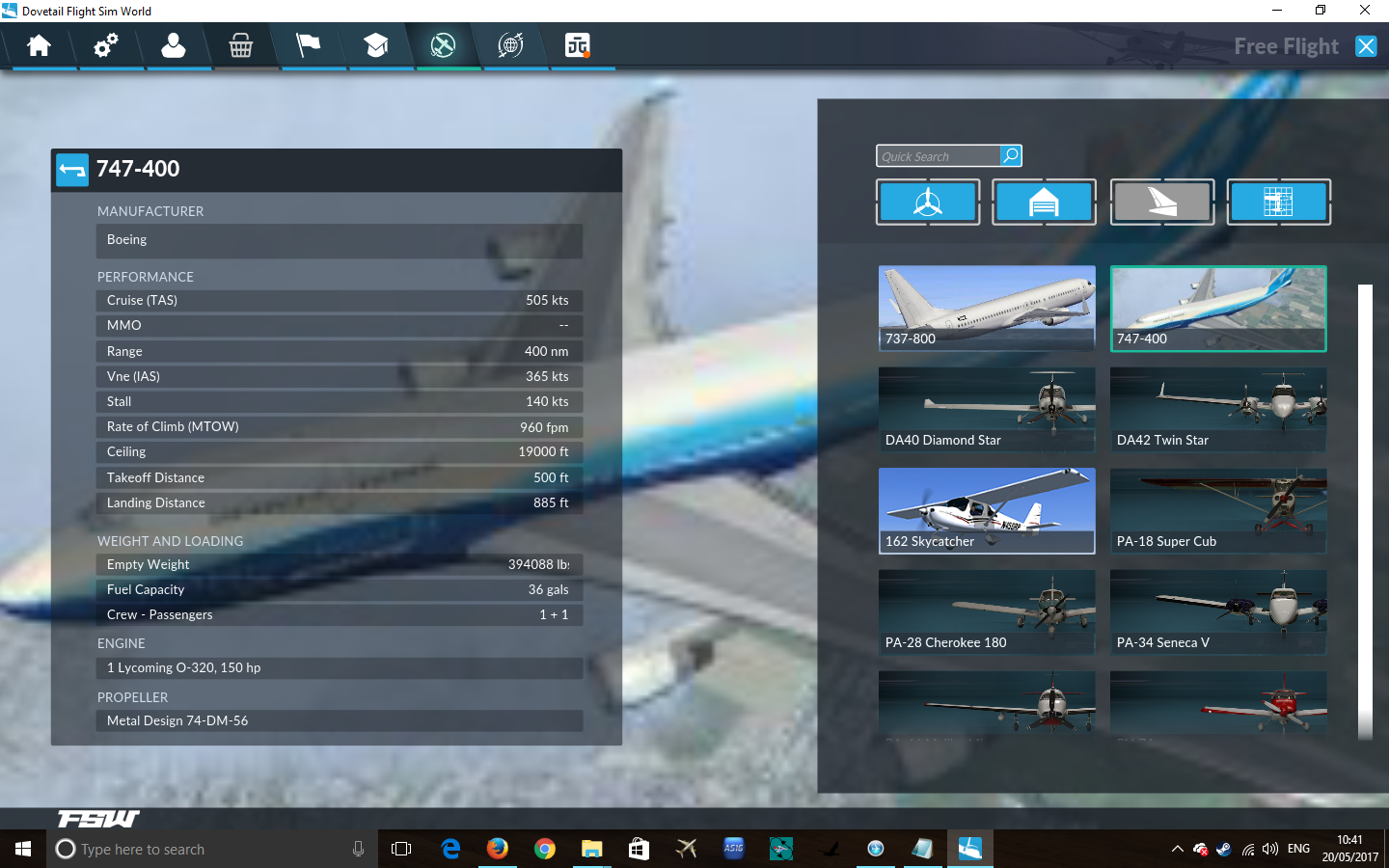 You will be greeted by an error message. Do not be alarmed, this is normal as it cannot read the x32 bit code. Just select [Cancel] and the aircraft will now load. 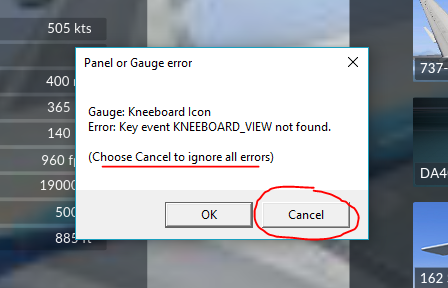 You can also select the 'Config' option by the aircraft, and change the livery, payload and fuel on board your aircraft. Since this is the same code as in FSX, this will automatically be correct to your chosen plane. 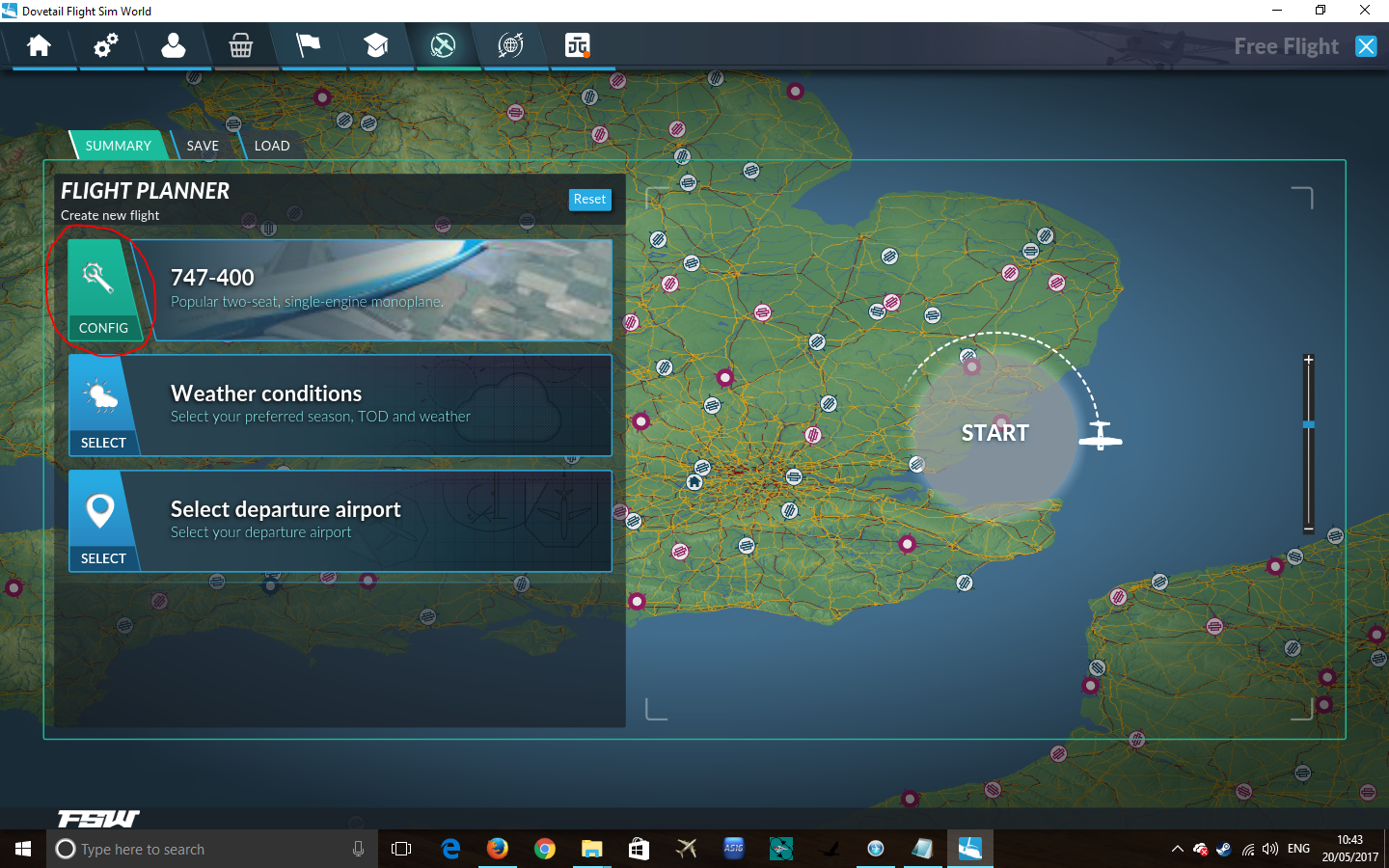 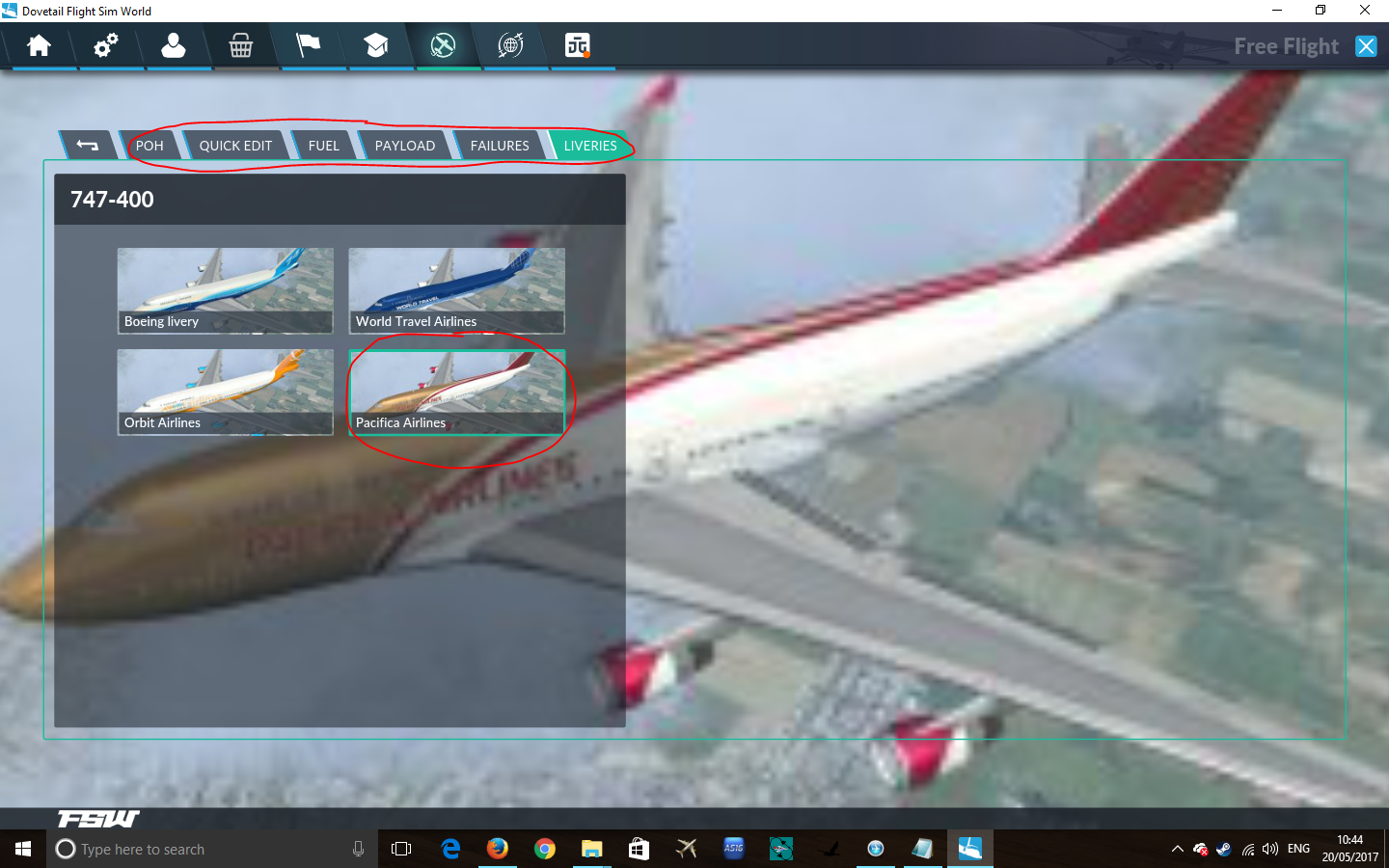 Finally you can select your weather and airport, before starting the flight in your new FSW aircraft! 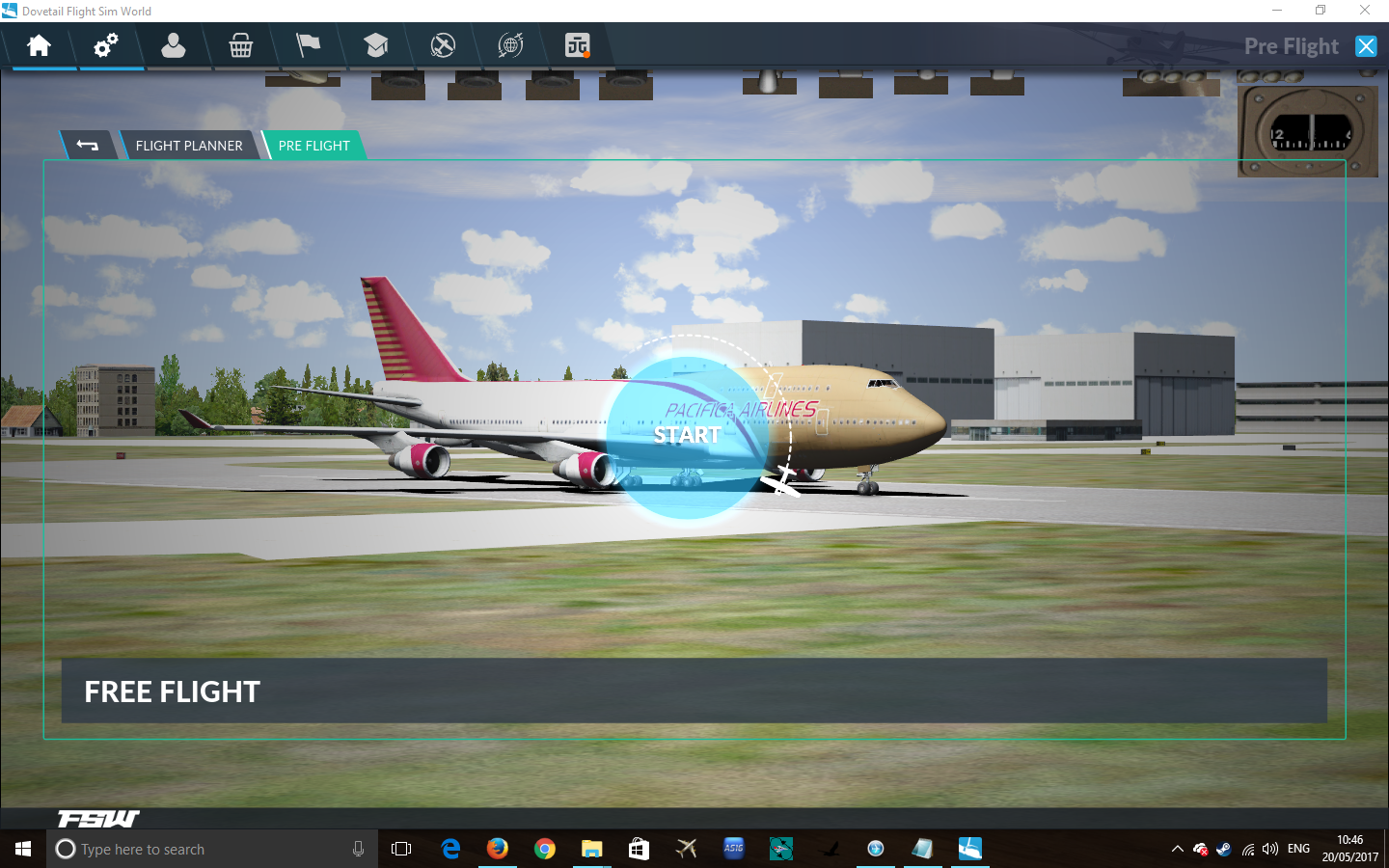 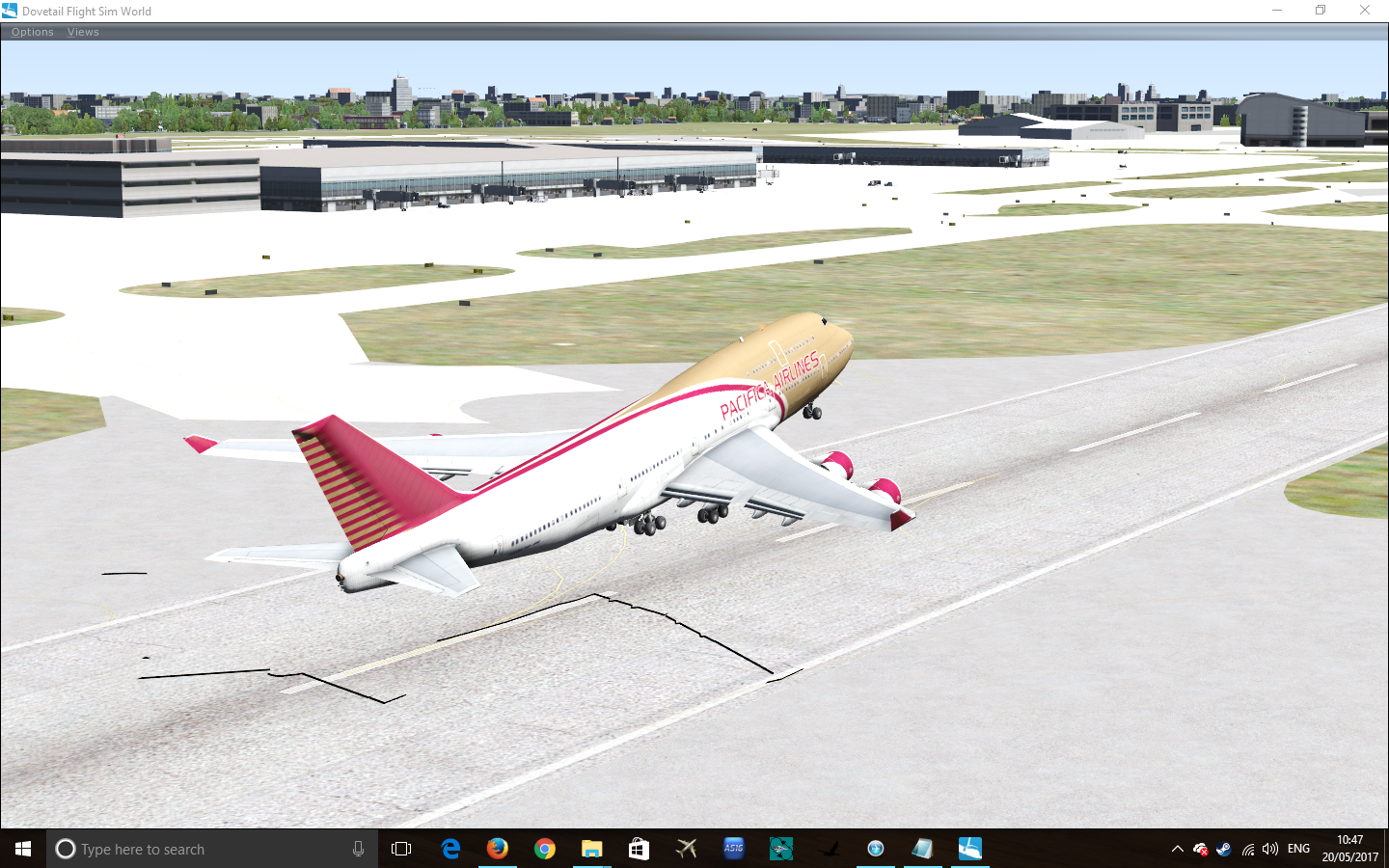 As mentioned throughout the chances of you getting a functional virtual cockpit is slim, but other than that your aircraft will work as it should. If you did learn from this tutorial, don't forget to give it a thumbs up and also share this out with other users! Do also check me out in YouTube, as I do numerous flight simulator videos and whenever I learn a new secret or trick, I generally will make a video explaining how to get it working for you guys. 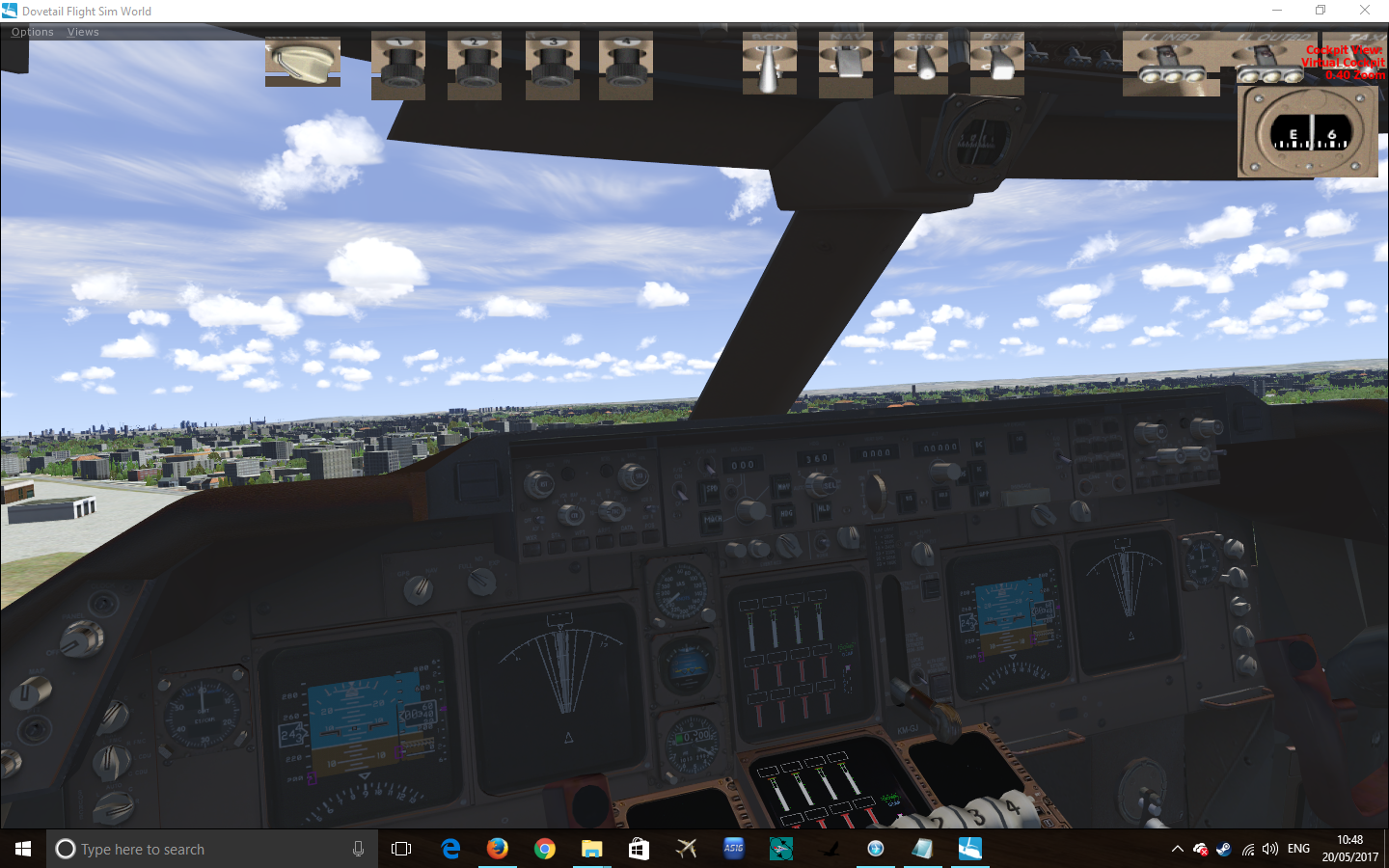 SilverlightPony Jan 26, 2018 @ 3:02am
@soon(tm) - Some planes work, some don't and give that error. You may have just picked all planes that don't work. I've gotten about half a dozen FSX/SE planes flyable in FSW, but I've also tried 4 or 5 that don't.

The Excluded Jan 23, 2018 @ 10:15am
That is nothing, for full working you have to convert all gauges, because you can not switch Buttons, and the GPS not work. It's better to waiting for the updates with the new planes.

jburchel Jan 11, 2018 @ 8:38am
Do you have a version of the conversion tool that converts FSX Steam planes?

soon™ Dec 14, 2017 @ 6:00pm
I've done all of the above but every aircraft I've tried turns out invisible. Keep getting the messages: "This is not a Flight Sim World aircraft model" "Visual model could not be displayed". Am I having unluck with incompatible aircrafts or am I doing something wrong here? Lol.

windev Dec 3, 2017 @ 1:11pm
I cranked out a tool to do the conversion automatically.
To avoid collisions with FSW, the planes are renamed (prefixed) with FSX2FSW.

With a default install, just running FSX2FSW_SimObjects_Airplanes.exe will do the conversion.

With FSW 1.3*, I'm not seeing the jitter issues anymore when flying over 300knts.
The gauges still don't work due to the x86 vs. x64 DLLs - as discussed in this thread.

Aestyus Nov 26, 2017 @ 9:33am
It looks work but not for me. I haven't got fsx only fsw so i'm compelled to download all the planes directly on sites and after to do the handling. However There aren't gauges files for planes i have downloaded so i suppose gauges files are only available when planes were already used in fsx. Please if my assumption is false, can someone gives me a solution ?
< >