Greenlight > Games > lemmy101's Workshop
Greenlight is being retired. For more information on how to submit games to steam, refer to this blog post.
This item has been removed from the community because it violates Steam Community & Content Guidelines. It is only visible to you. If you believe your item has been removed by mistake, please contact Steam Support.
This item is incompatible with Greenlight. Please see the instructions page for reasons why this item might not work within Greenlight.
Current visibility: Hidden
This item will only be visible to you, admins, and anyone marked as a creator.
Current visibility: Friends-only
This item will only be visible in searches to you, your friends, and admins.
Project Zomboid
Description Discussions167 Announcements22 Comments9224 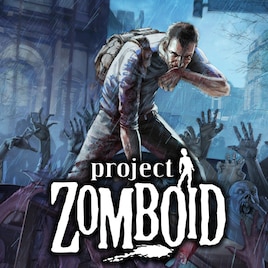 MashPotato
Offline
See all 836 collections (some may be hidden)

View Project Zomboid in the store

...we've just discovered we will not appear in 'New Releases' or get a banner or anything, so your word of mouth is very important. It's fair to say we're very disappointed and worried, especially since we held the game back to try and make it worthy of a Steam audience and can't help feeling punished for that, but hope that with your help spreading the word, we'll get the game out there for people to see.

Yes folks, it's official. As of Friday 8th November, Project Zomboid will finally take a place in the Early Access section of Steam!

The version that's currently on Steam Beta today seems to be a good 'un. We've sorted the FPS issues, or rather in the short term added some additional options to help players customize PZ to provide better FPS. As well as raising the FPS a bit, we've also locked the game to 30FPS by default (with options to raise to 45 or 60 for super rigs) but 30 provides a smoother framerate on low and high-spec systems alike, as unstable framerate is really what has been causing the game to be unplayable for many. It's the best it can currently be and perfectly playable in the short term.

As we said last week, really there is no better time for us to go on Steam this year, and next year is not an option for us. We're pleased with the stability of the latest build and without ripping the code apart (a mistake just before Steam) the FPS is about the best we can realistically hope for in the short term. So bring it on!

We're both excited and terrified, but it is Early Access after all, and there are many other games up there that have gone up much earlier in development, so at some point we just have to bite the bullet, draw a line under it, and put our baby up there in front of the Steam audience. Our Greenlight voters have waited long enough!

To celebrate our launch, as well as to help provide the Steam audience with as much information about the game as possible, we are planning a whole weekend of streams from our regular streamers and YouTubers, along with reviews and information about the game, which we are hoping to link directly from our Store Page. Bug fixes permitting, we plan to spend as much time as possible in those streams to answer questions from people checking the game out.

We will also be launching a demo within the next week, which we'll have available to download on launch from Steam to make sure everyone has the ability to see if the game is something they are interested in, if it runs okay on their machines, and if it's developed enough for their tastes. We want everyone to be informed in their purchase to make sure as many as possible are satisfied, and this will be a big focus of our Early Access store page.

We're putting the final bit of polish and last remaining bug fixes in place before we release the new build on Desura and release on the main Steam branch. We are planning on doing this tonight, but making a few last checks to make sure save issues are a thing of the past. It's possible it could slip to tomorrow if not, but we're close.

At that point, we'll be raising the price of the game to £9.99/$15.99. The game has remained at the same price since day one, and as we've said, not only is it important for us to help increase funding of development and look to expand going forward, but also it's unfair to those who bought in at the start to not be rewarded with a discounted price for their early support. However, that said, the game will go on 50% off sale upon the price increase (pre Steam), taking it down to its original price for a limited time period, just to give people advance warning and a final chance to get the game at this price. Anyone who already owns Zomboid can obtain a Steam key right now via the instructions here: http://projectzomboid.com/blog/2013/09/steam-keys-available-to-all-customers/

That's all there is to say really. A very busy week ahead of us, but we're comforted to know that, a few bugs aside, and accepting the admittedly not 100% ideal 30FPS as default for now, the build seems to be in pretty good shape already.

Access to our alpha test builds can be bought over on Desura, and we provide news and development updates every Monday in our Mondoid blogs - both there and on {LINK REMOVED}ProjectZomboid.com. You’ll also find us tweeting from @theindiestone.

Our plan is to release on Steam once the new NPC metagame framework that’ll allow for the (improved) return of our Kate and Baldspot tutorial is up and running. From this point we will be ready and able to consistently feed NPC and story game content into the game, on top of the sorts of new features we’re currently introducing in Desura test builds.

By this point it’s also likely that we’ll have our second game location (West Point) ready for public consumption, and with it the release of our modding and mapping tools.

EVERYONE WHO ALREADY OWNS THIS GAME WILL BE ABLE TO GET IT ON STEAM FOR FREE.

Project Zomboid is an open-ended zombie-infested sandbox. It asks one simple question – how will you die? Whether surviving in Knox Country free-roam, or in future controlling Indie Stone hero Baldspot in his quest to save his injured wife Kate, death is always a certainty. Quite how long you manage to put it off is another matter…

In the town of Muldraugh survivors must loot houses, build defences and do their utmost to delay their inevitable death day by day. No help is coming – your continued survival relies on your own cunning, luck and ability to evade a relentless horde.

We are an alpha-funded title – and are currently releasing Public Test Builds of our game for all who have purchased on Desura. Our intention is to flesh out the game and its engine to a point where it is a self-contained and final product on Steam – and then to release free content and gameplay updates at regular intervals long into the future, including the much awaited online multiplayer.

Project Zomboid has been Greenlit and is now listed in the Steam store. For the latest information, purchase options, and discussions for Project Zomboid, please see it on the Steam Store or in the Steam Community.
Visit Store Page
For more details Visit Community Hub
For latest discussions
If you really, really want to, you can continue to the Greenlight page. Information on this page may be out of date, since all the action has moved to the areas noted above.