Greenlight > Games > Davision's Workshop
Greenlight is being retired. For more information on how to submit games to steam, refer to this blog post.
This item has been removed from the community because it violates Steam Community & Content Guidelines. It is only visible to you. If you believe your item has been removed by mistake, please contact Steam Support.
This item is incompatible with Greenlight. Please see the instructions page for reasons why this item might not work within Greenlight.
Current visibility: Hidden
This item will only be visible to you, admins, and anyone marked as a creator.
Current visibility: Friends-only
This item will only be visible in searches to you, your friends, and admins.
Last Knight
Description Discussions3 Announcements37 Comments409 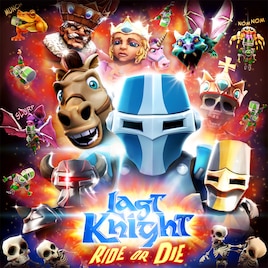 Davision
Offline
See all 42 collections (some may be hidden)

View Last Knight in the store

In case you missed it:
Last Knight: Rogue Rider Edition is now finally out of Early Access and with it full released on Steam!

All 3 game modes are now complete which includes the Endless Journey mode, the Story Campaign mode and the new Rogue Rider Adventure mode. The new mode packs now a lot of RPG elements with a inventory, randomly generated hats that can have magic abilities, merciless rogue-like difficulty, the randomly generated 3d map, traders, villages, food, power-ups, gear, treasures and wonders of the world!

Here is the launch trailer:
https://www.youtube.com/watch?v=UoBhmJC8iQE

You will also find more trailer on the store page:
http://store.steampowered.com/app/262210

The launch discount is 25% currently! But that doesn't last long anymore.

For the future you can follow the Last Knight group to stay informed: http://steamcommunity.com/games/262210
There you will also see all the previous Early Access updates and you can download the Musketeer hat.

See you on the other side! 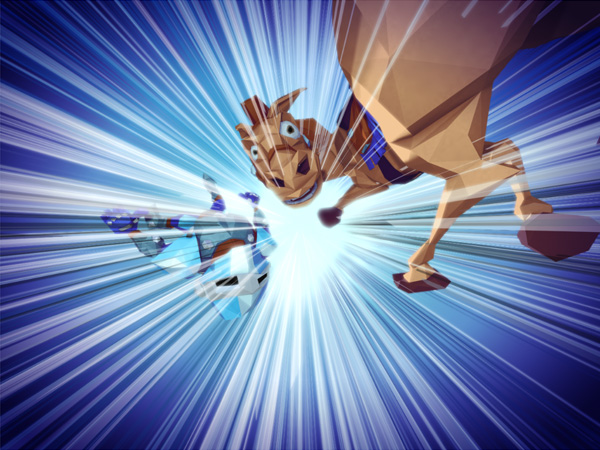 That is a new shot for the intro.

The next update for the game will feature the first version of the inventory as well as the first shops/traders for the Rogue Rider Adventure mode. A important addition is also the food, because even adventurers need to eat some time. Your rider and your horse can then starve as well as explode when you are not careful. Let me know what you like to eat in this thread here:
http://steamcommunity.com/app/262210/discussions/0/540744935365462024/

Get it now: http://www.lastknightthegame.com
(Everyone who purchases it on the website or through any of the stores listed there will also get a Steam key when it makes it through Greenlight.)

Originally posted by Alex Coccia, Greenlit Gaming:
Its just damn fun. That is why we play games, right?

Originally posted by Tom Christiansen, Indie Game Mag:
By the end of a run-through you will be left breathless and your brain buzzing as it slows back down to reality.

Originally posted by Matt Suckley, God is a Geek:
The production values are top-notch, especially for a game that comes with such a low price tag.

The story mode put it's player in control of a squire on its way of becoming a knight. But before he can prove himself, events of epic proportions make him the last hope for the kingdom! On his heroic adventure he will have to fight the horned bucket heads and oversized hungry creatures. He will have to get through a wide range of dangerous environments as well as his own Knightmares. But beside the story there is much more. Various game modes let you adventure through always different never ending generated worlds filled with riches and dangers. On your journeys you will also find quests that will take each of the characters on different missions in the hunt for fame and glory as well as gold and chivalry. Gold can be spent on fancy power ups, while chivalry can unlock world bending mutators and different view modes like the intense first person view. Cutting-edge features like a fully dynamic randomized weather system and a collision system that can alter basically everything of the world geometry make this game even more over the top.

Features:
Behind the Game
My name is David “Davision” Hagemann and I'm mostly working on it alone, the music is made by Edouard Brenneisen and the sounds are made by Jarno Sarkula. The game is made with the Unreal Engine Development Kit, I have my roots with the Unreal Engine in the Unreal Tournament moding community making mostly player characters but also maps and helping on 2 mods. Last Knight is in development for 2 years now, im working on and off on it depending on the time I have at hand. I make a living doing freelance jobs, I had the chance to work on several interesting Indie games (among others Paper Monsters). If you like to see my past work or get my UT3 stuff visit https://www.Vitamin3d.com (had no update in quite a long time though). You can follow me here @tocogamescom
Popular Discussions View All (3)

eifelkenny Mar 22, 2014 @ 4:40am
Awesome work. But it would be nice to receive steam key for early access through groupees soon. When we will get it?

Davision  [author] Feb 27, 2014 @ 6:45am
It wll release next month on Steam, there will also be something new in it as you can see in the latest news post. When I have a exact date I will also let you know here.

Kobisniss Feb 2, 2014 @ 8:41pm
Played this game on Desura and was surprisingly impressed! Very glad it got Greenlit :) Congrats Davision! You earned it!

Last Knight has been Greenlit and is now listed in the Steam store. For the latest information, purchase options, and discussions for Last Knight, please see it on the Steam Store or in the Steam Community.
Visit Store Page
For more details Visit Community Hub
For latest discussions
If you really, really want to, you can continue to the Greenlight page. Information on this page may be out of date, since all the action has moved to the areas noted above.