Store Page
Football Manager 2017>  Workshop > FM Blog's Workshop
This item has been removed from the community because it violates Steam Community & Content Guidelines. It is only visible to you. If you believe your item has been removed by mistake, please contact Steam Support.
This item is incompatible with Football Manager 2017. Please see the instructions page for reasons why this item might not work within Football Manager 2017.
Current visibility: Hidden
This item will only be visible to you, admins, and anyone marked as a creator.
Current visibility: Friends-only
This item will only be visible in searches to you, your friends, and admins. 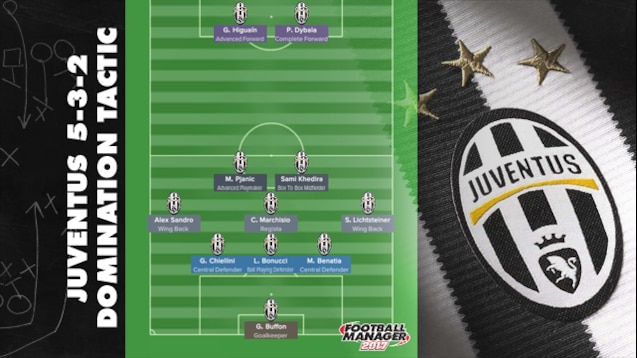 FM Blog
Offline
See all 5 collections (some may be hidden)

This item has been added to your Subscriptions. Some games will require you to relaunch them before the item will be downloaded.
Description
All the tactic details at - http://www.footballmanagerblog.org/2017/05/juventus-532-tactic-fm17.html

It was Antonio Conte who brought back the old 5-3-2 tactic once he got appointed at the helm of Juventus in 2011, and then later on Massimiliano Allegri continued in his path once he took over 3 seasons back, but it's not the formation that brought 6 consecutive Serie A titles but rather the team instructions and philosophy behind it which came from the tactical godfather Marcello Lippi.

Lippi's philosophy was that you don't need to have world-class players in your team to become the best, but rather that you make your team function as a unit, they must live and breath as one! That's why we can today see wing-backs Alex Sandro and Dani Alves attacking down the flanks, scoring goals and assisting like modern wingers or inside forwards, and also we can see forwards Mario Mandzukic and Juan Cuadrado defending their flanks. It's very similar to Johan Cruyff's total football philosophy but it still needs more tactical awareness from your players.

This tactic will bring you exciting attacking football with a number of clear cut and half chances per game, and in most cases you will dominate possession against your opposition. Also, you will see your team defend and attack as one unit.

This tactic is suitable for any team in Football Manager. I have tried it with lower league clubs and mid table clubs and the results were exceptional.

Satyr Jun 9, 2017 @ 1:13pm
Your player roles and individual instructions differ from the ones on the website. Which do you use?
< >