Store Page
Cities: Skylines >  Workshop > Geliboy's Workshop
This item has been removed from the community because it violates Steam Community & Content Guidelines. It is only visible to you. If you believe your item has been removed by mistake, please contact Steam Support.
This item is incompatible with Cities: Skylines. Please see the instructions page for reasons why this item might not work within Cities: Skylines.
Current visibility: Hidden
This item will only be visible to you, admins, and anyone marked as a creator.
Current visibility: Friends-only
This item will only be visible in searches to you, your friends, and admins. 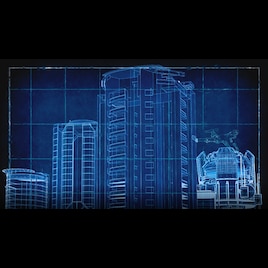 This item has been added to your Subscriptions. Some games will require you to relaunch them before the item will be downloaded.
In 1 collection by Geliboy
Geliboy's MODs List

37 items
Description
Following the decision of gsteigert not to update its mod. I'm taking the releve.

Restricts the service buildings to serve only the surrounding district.

This mod works in a simple way: if your service building is part of a district, it will only serve the buildings within that same district. In case it's outside a district it will work as usual, servicing everybody. If the service building needs emptying (landfill, cemetery, etc), then it may use either buildings of the current district or buildings that do not belong to any district.

You can remove it when you want without breaking your save game.
You can use it with old and new cities without any problem but if you use it with an old city, you'll need to adjust your coverage of all districts, so pause your game, make your changes and continue to play :)

Not compatible
Tell me if any

Version 2.0
I removed some options from the original to find some issues with Metro Overhaul Mod and i fixed the garbage issue !

Version 3.1
Add support for Post Office but not the Sorted Mail Facility, I also removed the Prison because it's not helpful.

Is this mod preventing unique factories from interacting with warehouses?
Timrath

i have not try the mod yet, but came around it becuase i was looking for a mod, where i can pick wich distric that go to a specific school

makdrive May 27 @ 3:27pm
@Geliboy any updates on this mod ? as others pointed out, this mod is awesome and now essential part of our gameplay. please fix

ReginaRC Feb 25 @ 12:20pm
I'm sad this no longer works because it was beyond awesome.

arsonelf Dec 5, 2021 @ 2:32pm
I've used this mod a bit now, and it seems to get 'stuck.' For instance no hearse will spawn, but there are several dead people waiting within the district. If you place a deathcare asset outside of the district, all of a sudden hearses will pour out of both. Unsubbed due to this, would love to see development continue.

Wayfaring Nov 9, 2021 @ 8:00pm
You should add settings to allow certain buildings such as garbage dumps and cemeteries be inter-district or in other words, allow this to serve multiple districts, as it is a unpleasing to have garbage plants in the middle of a city
< >