Greenlight > Games > Ironbell's Workshop
Greenlight is being retired. For more information on how to submit games to steam, refer to this blog post.
This item has been removed from the community because it violates Steam Community & Content Guidelines. It is only visible to you. If you believe your item has been removed by mistake, please contact Steam Support.
This item is incompatible with Greenlight. Please see the instructions page for reasons why this item might not work within Greenlight.
Current visibility: Hidden
This item will only be visible to you, admins, and anyone marked as a creator.
Current visibility: Friends-only
This item will only be visible in searches to you, your friends, and admins.
Cendric
Description Discussions0 Comments49 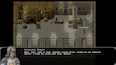 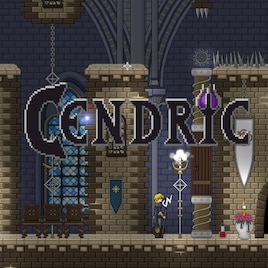 Ironbell
Offline
See all 2 collections (some may be hidden)

View Cendric in the store

Store page
Description
Release date: Late 2017 / Early 2018
Cendric is part top-down RPG and part puzzle platformer. Puzzles can be solved by using spells that modify the level (freeze water, push blocks). Spells can be learned by completing quests and reading scrolls. The game itself is rather hard, but there are no plans to lower the difficulty.

Map
A top-down view where the player can explore the world and talk to NPCs. The map consists of several parts which can be houses or wider outdoor areas. The player has multiple dialogue choices when talking to NPCs, which influence reputation and whether a certain quest becomes available. Trading with NPCs and cooking at fireplaces can also be done on the map.

Level
A side-scroller view where the whole action happens. The player can cast spells, fight enemies or bosses and solve puzzles here. Some puzzles are optional and a bit harder, but grant better rewards like gems which can be used to modify spells. Items can be found directly in the level, in chests or as enemy loot. Some items can be consumed for permanent boosts, others can be used to buff the player for a certain time. Equipment pieces like weapons, armour and jewellery can also be found in levels or received as quest rewards.

Spells
The spells players can learn are dependent on the guild they choose. A certain set of spells can always be learned and is required to complete most levels.

Spell Modifiers
Gems or spell modifiers can be used to modify spells, examples are a count modifier which lets the player cast more than one fireball at once or the range modifier which increases the range of a picklock spell.

Story
A young mage named Cendric wakes up alone in a forest, with no memory of what happened. Slowly, he learns to know more about his past and about the world Admantris he landed in. Someone cast a spell upon him, a nearly unbreakable one, to find him everywhere. Not all groups of mages in Admantris have the same goals, some don't think much of so-called "commoners", people who cannot use magic. Certain types of magic like Necromancy are even forbidden in the whole kingdom and the mages who practice it have to do so in secrecy.

Features
Inspired by
Release Date
The game will be finished in late 2017 or early 2018.

Development
Cendric was originally developed as a project to learn C++ but has grown into something bigger. The main developer is still studying but uses nearly every free minute to work on the game. Also, most of it (code, graphics and sound) is done mostly by the said developer with some sporadic help from other people.

Cendric uses no underlaying game engine, everything you see is made for the game itself, relying only on the multimedia framework SFML.
< >
49 Comments

Cendric has been Greenlit and is now listed in the Steam store. For the latest information, purchase options, and discussions for Cendric, please see it on the Steam Store or in the Steam Community.
Visit Store Page
For more details Visit Community Hub
For latest discussions
If you really, really want to, you can continue to the Greenlight page. Information on this page may be out of date, since all the action has moved to the areas noted above.