Store Page
Arma 3 >  Workshop > granQ's Workshop
This item has been removed from the community because it violates Steam Community & Content Guidelines. It is only visible to you. If you believe your item has been removed by mistake, please contact Steam Support.
This item is incompatible with Arma 3. Please see the instructions page for reasons why this item might not work within Arma 3.
Current visibility: Hidden
This item will only be visible to you, admins, and anyone marked as a creator.
Current visibility: Friends-only
This item will only be visible in searches to you, your friends, and admins. 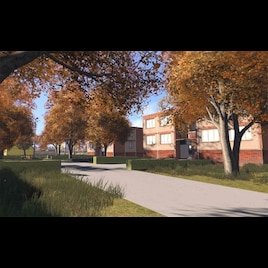 Grip
Online
See all 205 collections (some may be hidden)

This item has been added to your Subscriptions. Some games will require you to relaunch them before the item will be downloaded.
Description
Background
On the 27 October 1981 at approximatly 20.00, a Soviet submarine ran aground on a skerry in Gåsefjärden, just 10km from one of Swedens largest naval bases, Karlskrona. The Russians sent a "rescue" party while the Swedish primeminister gave the order "Hold the border", instructing the military to shoot if any ships crossed the border.

Luckily, after a few days the submarine was returned to Russia and the crisis was over, but this was Sweden's "Cuban Missile Crisis".

About this Terrain
Most of the work has be done by Grip and was focus for ArmA 2 but converted to be used in ArmA 3.
It features a "fictional" road base in the north east corner but other than that most houses, military placements are based on the real island.
Underwater wasn't possible in ArmA2 and haven't got the attention it should deserve but might getting an update later but no promises.
Popular Discussions View All (1)