Greenlight > Games > Zen GM Games's Workshop
Greenlight is being retired. For more information on how to submit games to steam, refer to this blog post.
This item has been removed from the community because it violates Steam Community & Content Guidelines. It is only visible to you. If you believe your item has been removed by mistake, please contact Steam Support.
This item is incompatible with Greenlight. Please see the instructions page for reasons why this item might not work within Greenlight.
Current visibility: Hidden
This item will only be visible to you, admins, and anyone marked as a creator.
Current visibility: Friends-only
This item will only be visible in searches to you, your friends, and admins.
MOBA GM
Description Discussions1 Announcements19 Comments65 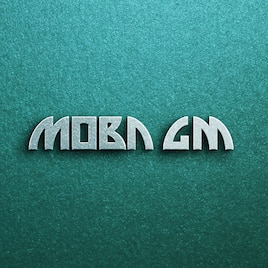 View MOBA GM in the store

You can find the MOBA GM store here:

Read More
Steam Store Page Submitted For Review, Target Release Dates
April 8, 2018 - Zen GM Games
Steam Review Process
Steam is going to take at least 2-3 business days to review the MOBA GM store page. Once it gets approved the game has to wait at least two weeks before it can be released.

I also have the current Windows and Linux versions uploaded to Steam. Once I upload the Mac version I will have essentially all of the prep to release it on Steam done.

I will probably wait for a little more polished version before I have Steam review the actual game. That review process will then take 3-5 days. I can't release it before that happens as well.

I'll also probably be adjusting the screenshots and trailer before it gets released as well so it has all the latest features.

Target Release Dates
Normally I might just give the Steam release date as 2 weeks after Steam gives the MOBA GM store the OK. However, I just happen to be out of town later that week. If something were to come up I might not be able to fix everything in a timely manner. So I think I need to do the Steam release date after I get back.

I also don't think there is a need to have too big a gap between the Steam release and the web beta. I'm thinking any issues will be rather quick fixes. So here are my current target dates (which are subject to change based Steam approval times, difficulty of fixing bugs, and my impression of needed polish):

Difference between Steam, Web, and Web Beta
The main difference between the beta release and normal release is neither Steam nor I will be telling anyone about the game. Only people who are following the game will know about it. I'm assuming anyone who is following the game will know that the beta version won't be as tested or polished as the final version. So if you want to wait feel free to. If you want to help test the game, or just don't care, then feel free to get it right away.

So that is the plan. Feel free to let me know if you have any questions. Thanks!
Read More
Description
Release date: spring 2018
The premier single-player MOBA eSports management simulation game.

You Set The Strategy
Running an eSports team requires you to make tough decisions:

"Now that i have clear win rates for all of these I'm also hoping to better line the game up with that information."

Maybe I'm just reading things wrong because the whole paragraph that that is from is a bit confusing for me, but do you mean you are getting like real data from outside the game or are you just referencing that you have new factors that you are putting in now?

Walker Feb 19, 2018 @ 11:38am
Please, take your time with this game! I totally want to play a optimized game and I have grown tired of all the other games that become so unoptimized just because publishers care about shoving micro transactions down the gamers throats and they turn out to ruin the quality of the games and how ruins how it runs on how an average gamer once used to be able to run the game very well. As I said again, please take your time! I see it looks like a very fun game to play and It will be worth the wait from what I see!

MOBA GM has been Greenlit and is now listed in the Steam store. For the latest information, purchase options, and discussions for MOBA GM, please see it on the Steam Store or in the Steam Community.
Visit Store Page
For more details Visit Community Hub
For latest discussions
If you really, really want to, you can continue to the Greenlight page. Information on this page may be out of date, since all the action has moved to the areas noted above.