Greenlight > Games > Stelex Software's Workshop
Greenlight is being retired. For more information on how to submit games to steam, refer to this blog post.
This item has been removed from the community because it violates Steam Community & Content Guidelines. It is only visible to you. If you believe your item has been removed by mistake, please contact Steam Support.
This item is incompatible with Greenlight. Please see the instructions page for reasons why this item might not work within Greenlight.
Current visibility: Hidden
This item will only be visible to you, admins, and anyone marked as a creator.
Current visibility: Friends-only
This item will only be visible in searches to you, your friends, and admins.
Eselmir and the five magical gifts
Description Discussions0 Announcements3 Comments87 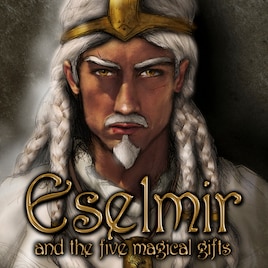 Stelex Software
Offline
See all 3 collections (some may be hidden)

View Eselmir and the five magical gifts in the store

Store page
Recent Announcements View All (3)
Eselmir and the five magical gifts has been Greenlit by the Steam Community!
June 8, 2017 - Stelex Software

Today we have a great news to share with you all: thanks to the passion of the Community, Valve has announced that Eselmir and the five magical gifts is successfully greenlit!

Thanks so much everyone! We are all very excited by this here at Stelex Software and we are so grateful to your support for making that possible!

The game release is planned for the end of the year and it will be available for both PC and Mac. Keep following us!

There has been great media coverage following the announcement of the Greenlight Campaign for Eselmir and the five magical gifts. Specialized websites, newspapers, radio and television wanted to cover what we have been developing and designing the last couple of years! :) 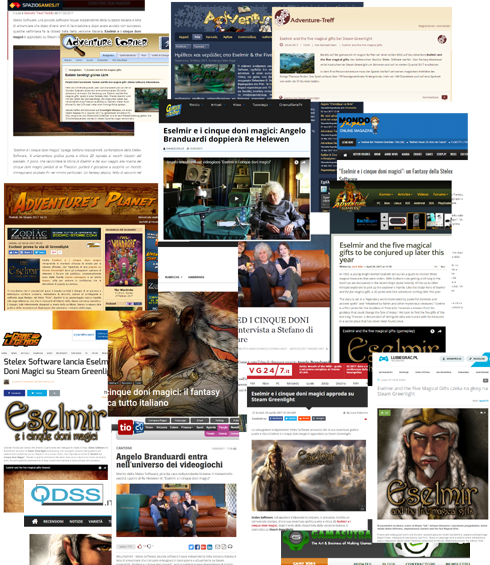 Proudly we'd like to announce various video game industry legends that have shown their support to our game and invited people to vote: 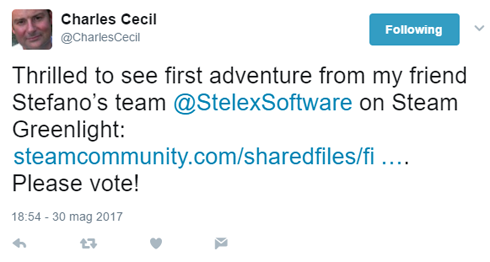 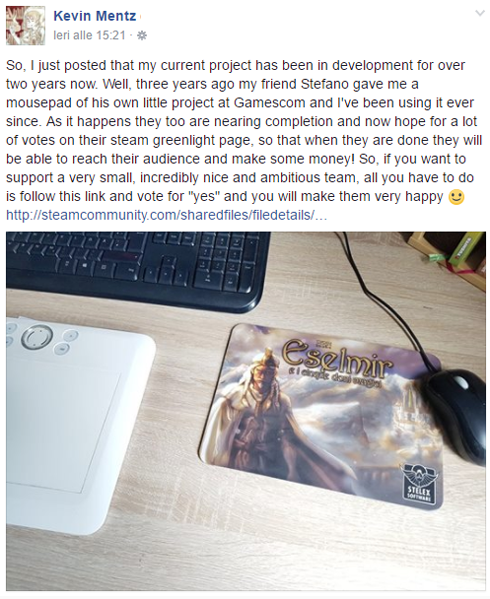 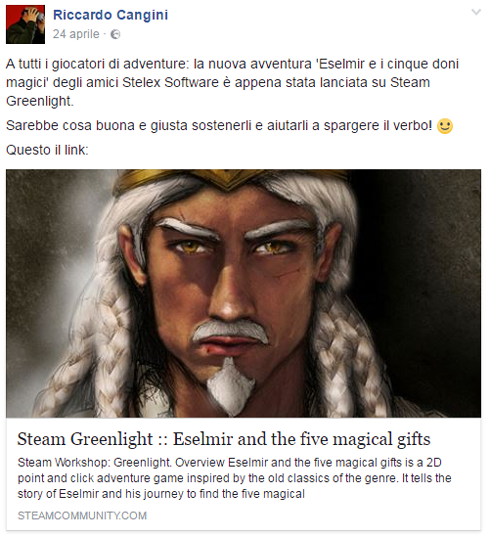 Also the young Twich italian star Kurolily suggested to her followers to vote for the game: 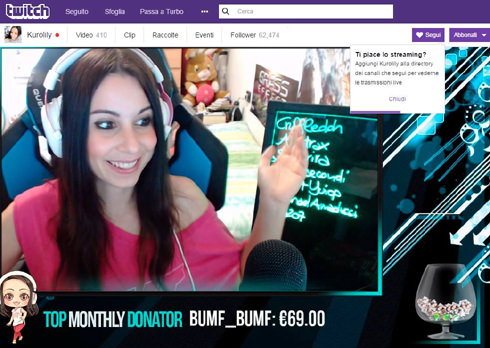 On June 8th we also reached the position #70 on Indiedb.com.

Last but not least, the legendary singer-songwriter Angelo Branduardi will be a guest star in the italian version of the game as voice actor! His video game debut will add a prestigious presence as one of the famous "minstrels!" He will be give voice to King Helewen with mastery and elegance, accompanying the player through the tales of an enigmatic and poetic character. 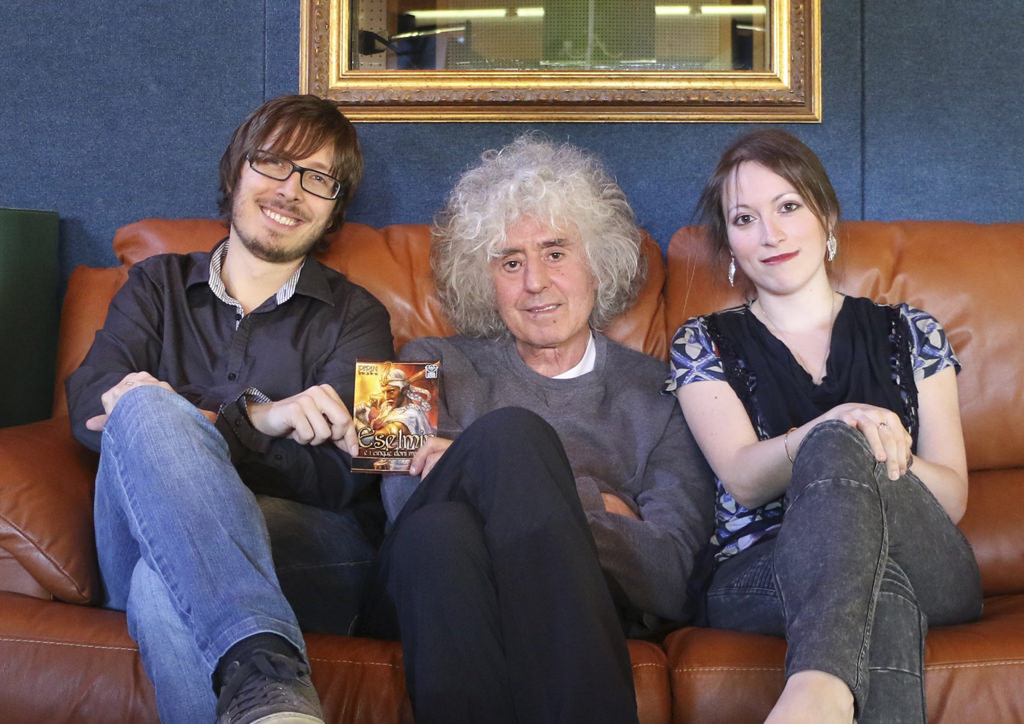 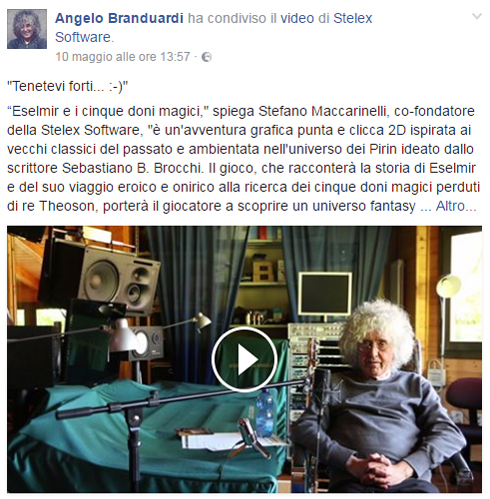 Read More
Description
Release date: Q4 2017
Overview
Eselmir and the five magical gifts is a 2D point and click adventure game inspired by the old classics of the genre. It tells the story of Eselmir and his journey to find the five magical lost gifts of King Theoson, leading the player to explore an imaginary world studied in every detail. An atypical and elegant fantasy made up of stories within the story, one enclosed in the other.

Features
Story
The story takes place in an epic and legendary world dominated by powerful divinities and ancient spells. Ancient people build flourishing cities and monuments prosper. This unique and adventurous world of Eselmir is inhabited by fairies and mysterious creatures.
Eselmir, a priest devoted to the Goddess of Time, belongs to the ancient Pirin race, demigods descendants of a fairy and a mortal that live on the highest mountains in the east.
One night, Eselmir receives a mission from his goddess that could change the fate of many: to find the five lost gifts of King Theoson, the progeny of Pirin's civilization, which at his death was buried together with his treasures in a secret place whose grave was never found again.

The Pirin Saga
The concept of the game was inspired and based on texts and drawings of a young talented Swiss writer, Sebastiano B. Brocchi who wrote a new elegant fantasy saga called "Pirin." The game is set in his own created universe. The hand made drawings are easily recognizable with a strong personality, are of the same style used to illustrate the book made by Brocchi itself.

Press Quotes
"Before you start playing Eselmir make sure you have the empty agenda for a few months!"
The Games Machine (no. 329)

"Do you like fairy tales, magic and mythology? So, Eselmir and the five magical gifts might well please you. For us a clear secret tip!"
Red Bull Games (listed in the top-5 suggested Swiss Indie Games)

Thank you for your opinions and your support!
< >
87 Comments

Jenny_Bee May 31, 2017 @ 9:42pm
Definitely feels like a labor of love from the trailer, and like the creators put a lot into this; upvoting!

Eselmir and the five magical gifts has been Greenlit and is now listed in the Steam store. For the latest information, purchase options, and discussions for Eselmir and the five magical gifts, please see it on the Steam Store or in the Steam Community.
Visit Store Page
For more details Visit Community Hub
For latest discussions
If you really, really want to, you can continue to the Greenlight page. Information on this page may be out of date, since all the action has moved to the areas noted above.