Store Page
ARK: Survival Evolved>  Workshop > Steven's Workshop
This item has been removed from the community because it violates Steam Community & Content Guidelines. It is only visible to you. If you believe your item has been removed by mistake, please contact Steam Support.
This item is incompatible with ARK: Survival Evolved. Please see the instructions page for reasons why this item might not work within ARK: Survival Evolved.
Current visibility: Hidden
This item will only be visible to you, admins, and anyone marked as a creator.
Current visibility: Friends-only
This item will only be visible in searches to you, your friends, and admins. 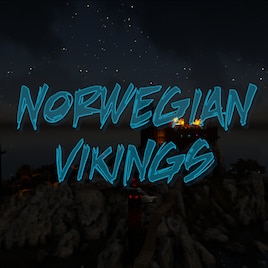 Steven
Offline
See all 21 collections (some may be hidden)

This item has been added to your Subscriptions. Some games will require you to relaunch them before the item will be downloaded.
Description
This mod is intended for the Norwegian Vikings server cluster.
Mod no longer updated so those who want to keep all dinos at their current state can keep using this one
New mod which will receive updates and can be used instead of this

Read this before adding to your server

Argentavis, Griffin, Lymantria, Pelagornis, Phoenix, Pteranodon, Quetzalcoatlus, Snow Owl, Tapejara Tek Quetz and Wyvern can get 20% extra speed from perfect tame.
Bred flyers start with +20% and can get 40% extra (up to 160%) from 100% imprint.
Griffin, Lymantria, Phoenix, Rock Drake and Wyvern (now including Ice Wyverns, albeit without speed increase for now) can be bred.
Able to keep 5 perma tamed Titans of each type, max 1 perma tame of each type per tribe. Titans over this will get 24h timer before succumbing to massive damage over time.

Also adds:
Automated Blood Extraction Syringe
Use this on a human to start extracting their blood for transfusion.
Will run until used again if there is ample Cooked Meat and Medical Brew in inventory.

Leech Farm
Place your leeches in this to drain their blood.

NV Torch
A torch that in theory will last over a year.

Packaged Element
Package your Element for transfer between servers.

Steven  [author] Sep 15, 2019 @ 3:55pm
To be fair it's just a bunch of random oddities intended for my own server cluster ;p
I do plan to make several smaller mods where I seperate out the admin tools for instance when I have refined them a bit more.

I like the mod... but to be fair... not fully tested.
- I "just" (quickly) tested the Extraction Syringe, Leech Farm and Dino Mindwipe Tonic.

Steven  [author] Sep 15, 2019 @ 10:25am
It's a link to the Griffin issue that I am working on fixing. I fixed the link ;)
This was only meant for my server cluster so have not put all my time and energy into fixing it as it should not affect many people, but I want to polish everything over time to be as bug free as possible.

The link "Read this before adding to your server" gives you a page that isn't there... just so you know.
- At least does for Me every time I click it.

Steven  [author] Sep 10, 2019 @ 7:41pm
Thx, I am currently in the process of a huge update that will fix some long standing issues with a couple of the dinos modified like existing Griffins turning into level 1 when adding mod or Griffins tamed with the mod and then removing it. Will be a way to fix any level 1s when this update hits tho ^^