Store Page
Cities: Skylines >  Workshop > SvenBerlin's Workshop
This item has been removed from the community because it violates Steam Community & Content Guidelines. It is only visible to you. If you believe your item has been removed by mistake, please contact Steam Support.
This item is incompatible with Cities: Skylines. Please see the instructions page for reasons why this item might not work within Cities: Skylines.
Current visibility: Hidden
This item will only be visible to you, admins, and anyone marked as a creator.
Current visibility: Friends-only
This item will only be visible in searches to you, your friends, and admins. 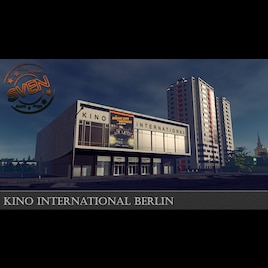 Cities: Skylines - After Dark
Created by

SvenBerlin
Offline
See all 2239 collections created by SvenBerlin and other people (some may be hidden)
You need DLC to use this item.

This item has been added to your Subscriptions. Some games will require you to relaunch them before the item will be downloaded.
In 1 collection by SvenBerlin
Commercial and Offices as unique buildings

Until 1989, Kino International was the main theater for premieres in the GDR. Multiple films produced by the DEFA (state-owned film studio) held their premieres here. Especially important for the party and national leadership were the eight rows with optimal views and extra legroom. Before and after premieres, state visitors sojourned in the "Representation Room", today called the Honecker Lounge. In the basement, a small bunker and elevator were later added for the state leadership. The Kino's last premiere in the GDR was Heiner Carow's Coming Out on November 9, 1989, the day the Berlin Wall fell.

Today, the International is used by many filmmakers for premieres due to the theater's ambience and is one of the venues of the Berlinale. Visitors from Berlin are fond of the theater's history and special atmosphere. The large film posters on the outside of the theater show the film of the week and are still painted by hand. 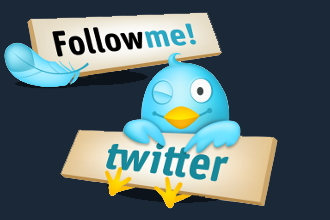 SvenBerlin  [author] May 27, 2018 @ 2:04am
Please try this now and give me feedback if its working or not. Because I had no problems with the version before.

SvenBerlin  [author] Mar 20, 2018 @ 8:24am
I dont have the problem to place it. I have it under catagory "Leisure" maybe there is any DLC necessary. I would suggest to change the settings from Leisure to high or low commercial.
for example: Service: commercial, sub-service low, UI catagory comlow level 3. How do you like it. and save it. Maybe then it will work for you.

mburkefilms Mar 19, 2018 @ 8:43pm
Same problem as others have listed. Constant errors even on a new game. Narrowed it down to this asset.

"Object reference not set to an instance of an object [System.NullReferenceException]

WaterMelonMan Jan 1, 2018 @ 1:08pm
There seems to be a problem with this Asset after the new Rico mod update. It appears to be causing the null-error.