Store Page
Arma 3>  Workshop > Lyy's Workshop
This item has been removed from the community because it violates Steam Community & Content Guidelines. It is only visible to you. If you believe your item has been removed by mistake, please contact Steam Support.
This item is incompatible with Arma 3. Please see the instructions page for reasons why this item might not work within Arma 3.
Current visibility: Hidden
This item will only be visible to you, admins, and anyone marked as a creator.
Current visibility: Friends-only
This item will only be visible in searches to you, your friends, and admins. 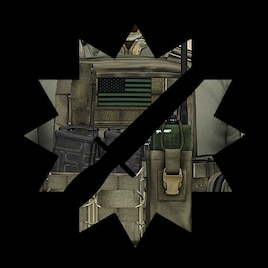 [TFA] T. Ditch
Offline
See all 755 collections (some may be hidden)

This item has been added to your Subscriptions. Some games will require you to relaunch them before the item will be downloaded.
Description
This mod features simple retextures of Spec4's Crye Gen 3 Uniforms and CPC Vests.
Aspis Gear is part of Task Force Aspis' community modpack. The assets done here are result of the community's requests.

Consider this disclaimer: I do not have access to the source files to either the Gen 3 Uniforms nor CPC's, so any questions or requests that would require to change assets on the model won't be answered.

Credits:
Adacas for his Military Gear Pack files and all authors that are mentioned in MGP.

Thanks to:
Cunico for original models and giving permission to release.
Adacas for giving me access to his project files and ongoing collaboration.
Chairborne (CUP) for help in general when it came to modding-related stuff.
Baago (TFA), Ditch (TFA) and Wilson (TFA) for answering gear related questions and providing second opinions.
Inheptapid for sweet pics.

Gen 3 Variants:
Multicam Tropical
Multicam
AOR1
+ All of the Above with and without US IR Flags

CPC Variants:
Ranger Green
Coyote
Multicam
+ All of the Above with and without US IR Flags

赤道几内亚留学生赛西 Jul 13 @ 10:33pm
if CPCs can have holsters,these would be better!

Jamaal Jun 19 @ 8:31pm
JPC Team leader multicam vest without belt has 0 loadout capability . can 't put anything in it .
Same some some other vests . Can u fix it please ?

[R4TS] FatalBulletHit Apr 21 @ 5:45am
Your mod.cpp's actionName value has a spelling error ("Webiste"). Triggered my OCD just a tad enough to let you know lol

aliullah25 Feb 21 @ 8:25am
Do we have to be part of the unit in order to gain access to the UK Patch vests and uniforms @T.Ditch