Greenlight > Games > Amaweks's Workshop
Greenlight is being retired. For more information on how to submit games to steam, refer to this blog post.
This item has been removed from the community because it violates Steam Community & Content Guidelines. It is only visible to you. If you believe your item has been removed by mistake, please contact Steam Support.
This item is incompatible with Greenlight. Please see the instructions page for reasons why this item might not work within Greenlight.
Current visibility: Hidden
This item will only be visible to you, admins, and anyone marked as a creator.
Current visibility: Friends-only
This item will only be visible in searches to you, your friends, and admins.
DevWill
Description Discussions0 Announcements6 Comments27 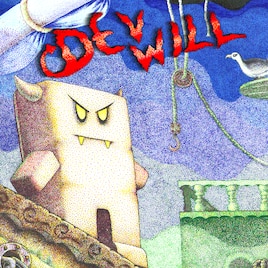 View DevWill in the store

New stages, songs, and enemyes done! Stil to make some new boss then adjusts and beta test, and then were done :)

Some of the new songs:
Metropolis stage OST [soundcloud.com] 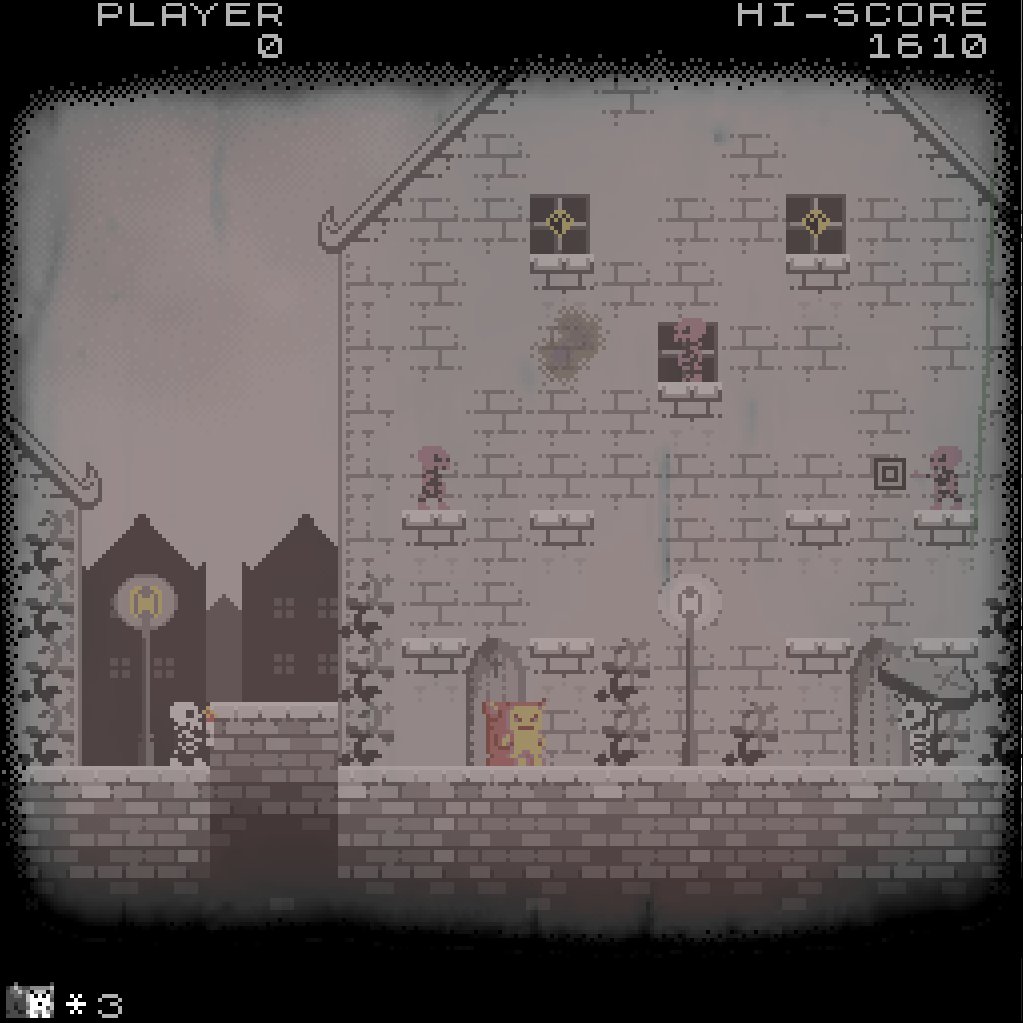 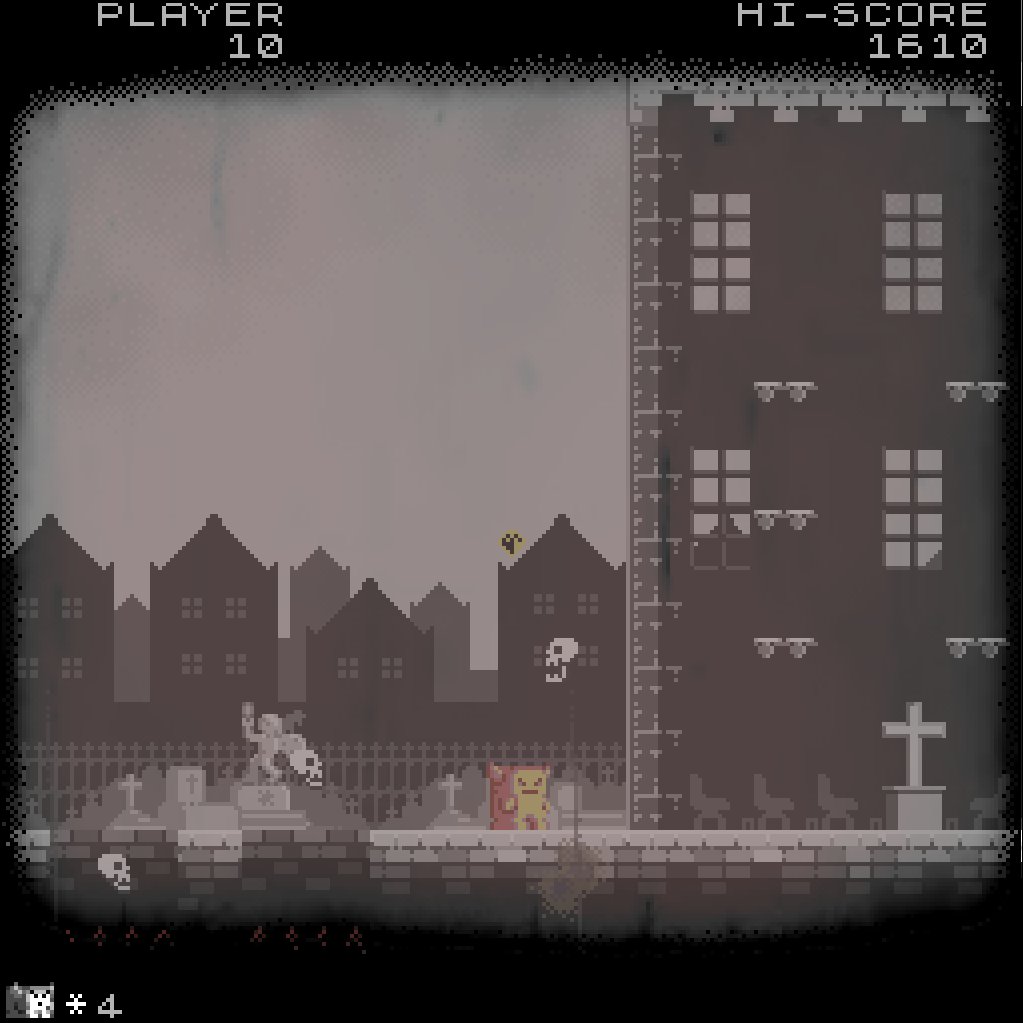 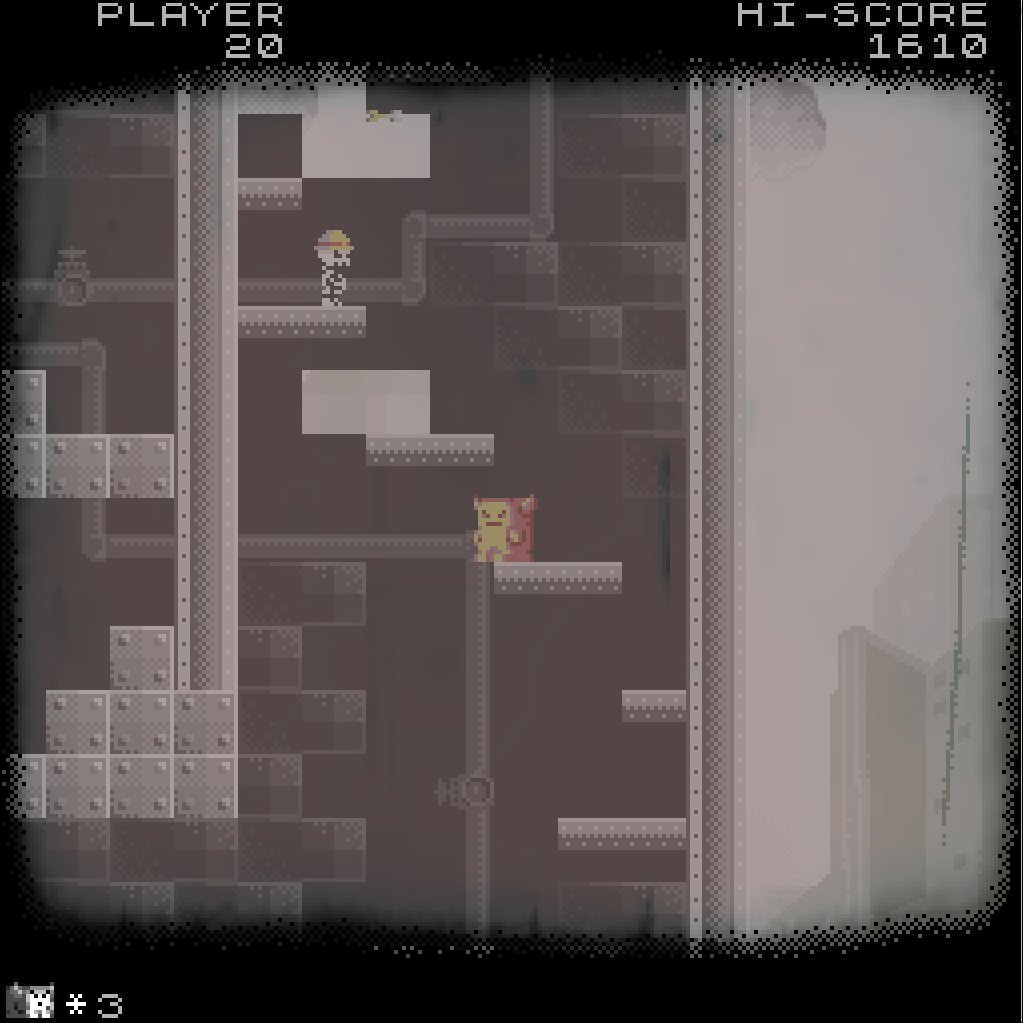 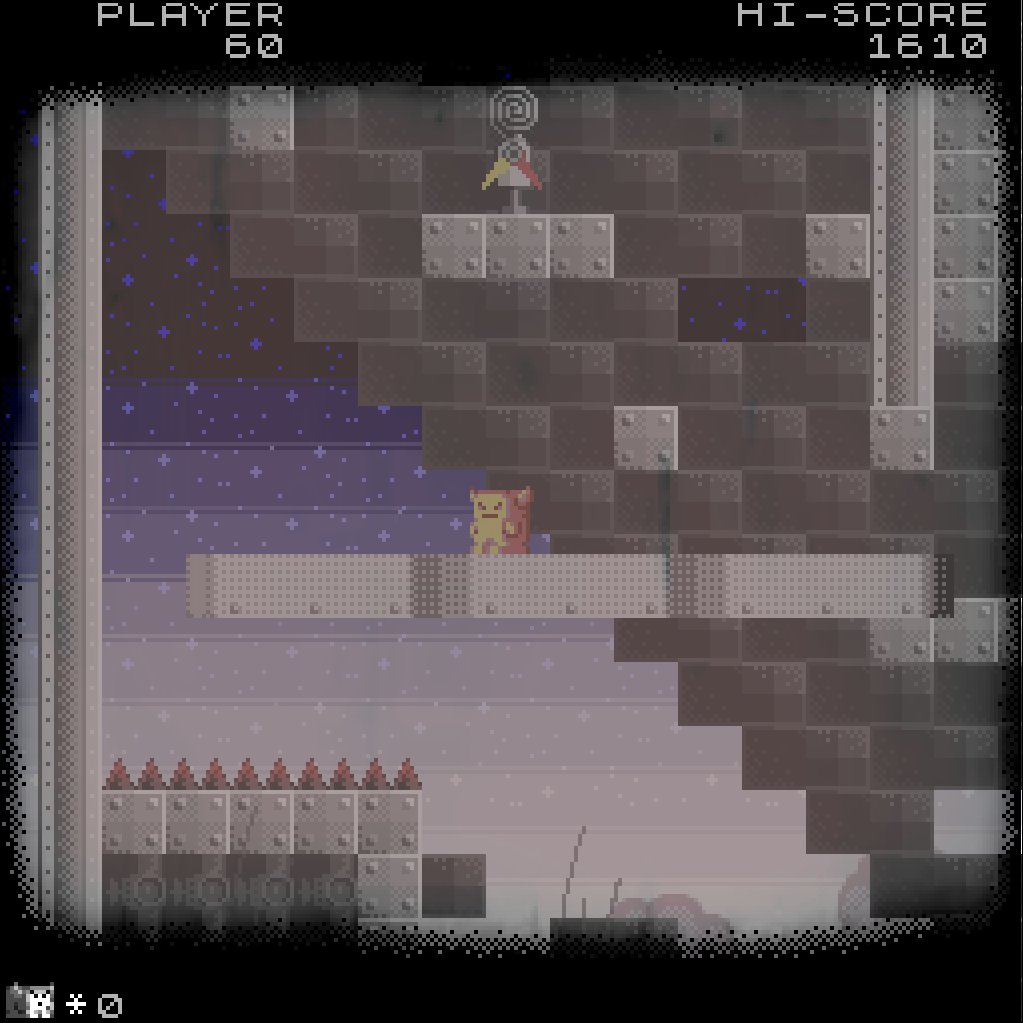 Time to say something about development of Devwill.

I still need to implement some new enemies as well as set up 3 extra stages (evereything is allready drawned). At the moment I'm making adjustments in the game, things like speed and quantity of platforms, as in the image below: 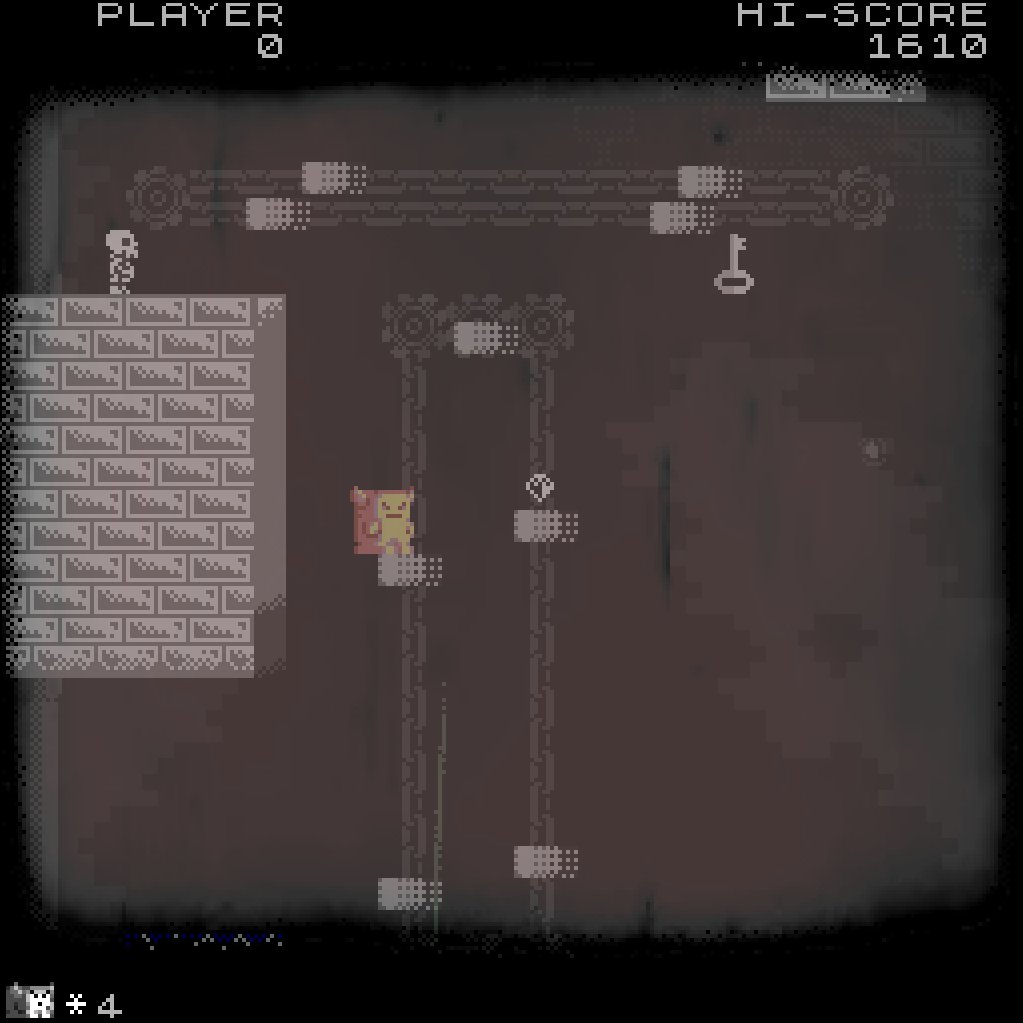 Those parts with platforms were very punitive and annoying: if you fell off the platform you would have to wait almost 10 seconds until she went all the way around her "circuit" to return and you have another chance to climb. Now imagine this happening over and over and over again, it became very annoying.

A lot of the tweaking I'm doing comes from watching people play an extended demo of the game. A few weeks ago I took the game in the second edition of "Code in the Dark", here in my city. A lot of people was there and played the game, a great opportunity for observation and beta testing. I've observed a lot of things that needed to be tweeked, so, let's get to work.

I'm very aware that such references are not new in the world of games: a famous game like Castlevania, for example, was inspired by movies like Nosferatu's and Bela Lugosi's films. Thinking about it, I also make reference to the movie "Creature from the Black Lagoon", horror film "B" of the 50's, an obvious inspiration for the Castlevania series. So I try to take up this practice of seeking inspiration in the cultural assets of the past, and I make this experience with the Aesthetics and narratives elements of Silent B&W movies.

The final version will feature more stages, bosses, narrative, and a password system to skip stages.

Video keys:
F11: toggle Fullscreen
F10: Change resolution (try to fit your Monitor)
[ and ´: (close to Enter) Change Brightnes
]: (close to Enter): toggle scanline filters on or off (only scanlines, the "old B&W movie effect is allways on, it's part of the intended aesthetics of the game)
ESC: Options and Quit menu (where you can remap the keyboard and gamepad)

Q:I experimenting problems with configurations, what can I do?
A: Delete de "Cabinet.ini" in the game Directori

Q:The first time I run the "Devwill.exe" on Windows 8 or 10 it asks me to instal "directplay", is it safe?
A:yes, ist a windows component, your OS will instal it from microsoft servers, it is safe and required

Q:The game runs in a small square, even in full screen. How can I make it expand to the entire screen?
A:DevWill runs in a square screen format, maximum 1025X1025. If you monitor is in a higher resolution the fast workaround is to: 1) Right click on "Devwill.exe" and go to properties. 2) In the "compatibildiade" tab check the "Run in 640X480 screen resolution" option, and apply the action. 3) Run the game, wait load, and press F10 until you have a resolution that best suits the new condition. or, if the drivers of your video card have some profile per game feature you can also use this feature.

Amaweks  [author] Jun 8, 2017 @ 7:16pm
Thanks Everyone who expressed their aprovall for Devwill. My game was Greenlighted! Thank you all. Very sonn I'll make a decent statement, and put everyone in par with de Development status. Right now I just can celebrate!

DevWill has been Greenlit and is now listed in the Steam store. For the latest information, purchase options, and discussions for DevWill, please see it on the Steam Store or in the Steam Community.
Visit Store Page
For more details Visit Community Hub
For latest discussions
If you really, really want to, you can continue to the Greenlight page. Information on this page may be out of date, since all the action has moved to the areas noted above.