Store Page
Left 4 Dead 2>  Workshop > Raze's Workshop
This item has been removed from the community because it violates Steam Community & Content Guidelines. It is only visible to you. If you believe your item has been removed by mistake, please contact Steam Support.
This item is incompatible with Left 4 Dead 2. Please see the instructions page for reasons why this item might not work within Left 4 Dead 2.
Current visibility: Hidden
This item will only be visible to you, admins, and anyone marked as a creator.
Current visibility: Friends-only
This item will only be visible in searches to you, your friends, and admins. 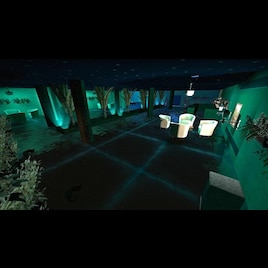 Raze
Offline
See all 606 collections (some may be hidden)

This item has been added to your Subscriptions. Some games will require you to relaunch them before the item will be downloaded.
Description
UPDATE:
This campaign now has 6 maps with a new additional Map 5: AI. Remember during Map 4 where the AI asks you to meet it? The time has finally arrived to fight against the Boss of Complex Course. This update also fixes most of the bugs reported and adds some new stuff that you can check out in the changelog.

This boss is balanced for Normal Difficulty: Single Player. Which means it should be possible with 4 players on Expert.

Are you ready to have your teamwork and friendship tested to its limits?

Survivors have found themselves trapped in a sadistic course created by an AI. Can you brave through all the traps and shenanigans to leave this "Complex" alive? Or play the Survival Map to experience a new "What If" path where the AI decides to leave them for dead in the final map...

Highly inspired by Questionable Ethics campaign, but harder and smaller in scale because time constraint is a thing. Recommended to play this campaign in Co-Op. Remember! This campaign is unlike your typical Valve Standard Campaign. It is as mentioned earlier, MUCH HARDER than the usual campaign you'll normally play.

YOU MUST PLAY WITH INSTRUCTOR HINTS ON! EVEN THE SURVIVAL MAP AS WELL TO RECEIVE INDICATION OF CERTAIN EVENTS.

Teamwork is an absolute essential to survive! Don't leave any survivors alone!

Also, if you're interested in knowing the tactics needed to clear this campaign on the highest difficulty, do check out the discussion section. Though I would highly encourage you to try it out for yourself since that's really half the fun.
< >
178 Comments

Despair May 13 @ 5:59am
took me 7 hours and 7 minutes to beat this solo years back, let's see how long it takes this time

Petrol hed 5 Apr 24 @ 2:02am
really cringey instructor hints telling you constantly that "you won't survive", and gets a bit repetitive with the turrets and falling cars.

openserverbrowser Mar 24 @ 1:52am
I have played more than 100 maps
This one is very fun!
Absolutely ranked in the top three

thaipuff288 Mar 6 @ 1:43pm
This is advice. You should make warp point when you reach finish point of mazes in some maps because the AI not follow the player way much, they try to break through the wall like that. you should solve this problem immediately before your map will be more worst.
< >