Store Page
ARK: Survival Evolved >  Workshop > Leutian Kane's Workshop
This item has been removed from the community because it violates Steam Community & Content Guidelines. It is only visible to you. If you believe your item has been removed by mistake, please contact Steam Support.
This item is incompatible with ARK: Survival Evolved. Please see the instructions page for reasons why this item might not work within ARK: Survival Evolved.
Current visibility: Hidden
This item will only be visible to you, admins, and anyone marked as a creator.
Current visibility: Friends-only
This item will only be visible in searches to you, your friends, and admins. 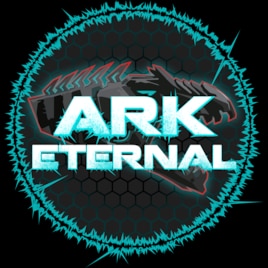 This item has been added to your Subscriptions. Some games will require you to relaunch them before the item will be downloaded.
In 3 collections by Leutian Kane
LK's Workshop Created Mod Pack

Updated to work with Genesis 2 DLC!!!!!!
MOD SUPPORT IS ONLY HANDLED THRU DISCORD

Eternal is an overhaul mod that changes a lot of features from vanilla ARK. It adds 600+ new dinos at its current state, most of them can be tamed in different ways. Some of them can be evolved from creature A to creature B. Eternal has around 30 bosses so far, some rather easy and some almost impossible to kill. It adds more difficulty and diversity. And the best thing about Eternal, is that its WIP, meaning we still have alot of new features we are both thinking about and working on. We will not, however, release content and start with adding any more content until the previous content is working.

Eternal can be a Core Mod, meaning its designed for first priority in your load order. It is also designed with PvE in mind. If you want to use it on your PvP-server, you would have to do some serious tweaking. It is balanced for vanilla difficulty and levels.(OverrideOfficialDifficulty=20 in GUS.ini , in otherwords Max Dino level 600 wild) If you change that, your experience may differ from what Eternal is designed for. People have had success in running this mod second to mods like Pugnacia, Annuaki and Extinction. We do not encourage it though, as it could block some of Eternals content. It may work now, and then all of a sudden, when we do some changes, it may not. We do however try and design Eternal to work as a second overhaul mod.

This mod/code/work is protected by the Attribution-NonCommercial-NoDerivatives 4.0 International Creative Commons License.[creativecommons.org]

Credits and thank you's can be found here.

Link to our discord - dont miss anything, join today!

If you like our work, sponsor us with a coffee :)

Official servers sponsored by ArkServers.io
https://arkservers.io/
Use Promo Code : ARKETERNAL to get 20% of your first month.
Patron Gaming Community

Itsmuayking Jun 17 @ 12:54pm
My inventory keeps getting filled with some armor and random items I don't need everytime a dinosaur die. Is there a way to disable it?

remipetershonda Jun 16 @ 5:46am
this mod is amazing.. thanks for a mod like this and keep up the great work!

TheHammer023 Jun 15 @ 9:13am
hey i love the mod and hope youll fix the single player vs of the mod so it works better. i find that the bugs are fairly minor and easy enough to play around so keep up the good work

SVEN Jun 13 @ 12:50pm
So, want to report a bug. The prime diving wyvern is bugged. Why? Because after tamining, you can do 1 single attack and after that you cant attack anymore. Tryed cryopodding it, doeasnt work, tryed to tame another one, same issue. So, you can bite once and after that bite you cant attack anymore. Just when you remount it, you can attack once and that not. Should be worked on. I love this mod. Also, dinos go invisible and fall though the ground. Tryed taming an alpha wyvwen, 2 minutes after putting tranqs in her, she goes invisible, goes sleeping and fell though the ground. Till 20.0000 M and then she despawns. Its very cool how good the wyverns work in this mod. Very balanced. ;)

ムキムキプリン Jun 9 @ 11:10am
Is it a bug that Prince Andrew is anesthetized and does not raise the coma?
Or is it just me?

AniMyLove Jun 7 @ 11:57pm
remove the ability to tame beacon lord minions, they are too strong

xxALTRAxxMEGAxx Jun 3 @ 10:01pm
does anyone know how to get eternalberry prime?