Store Page
Arma 3>  Workshop > duda's Workshop
This item has been removed from the community because it violates Steam Community & Content Guidelines. It is only visible to you. If you believe your item has been removed by mistake, please contact Steam Support.
This item is incompatible with Arma 3. Please see the instructions page for reasons why this item might not work within Arma 3.
Current visibility: Hidden
This item will only be visible to you, admins, and anyone marked as a creator.
Current visibility: Friends-only
This item will only be visible in searches to you, your friends, and admins. 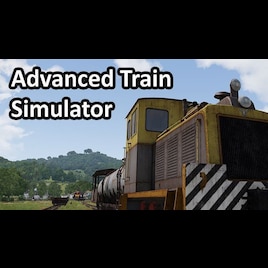 This item has been added to your Subscriptions. Some games will require you to relaunch them before the item will be downloaded.
In 1 collection by duda
Advanced Arma Pack

Donations would be greatly appreciated! Click here to donate[www.paypal.com]!

Features:
- Drive and ride on trains in Arma 3!
- Supports all existing trains and tracks on Tanoa.
- Create custom tracks by placing APEX or Arma 2 track objects in the editor (see directions below).
- Multiplayer support. Mod only required to be installed on server. (but needed on clients if you want custom trains or sounds - recommended!)
- Supports APEX and CUPS train models.
- Supports APEX tracks (CUPS tracks still in the works!).
- 22 train cars included
- Arma 2 tracks included
- Most of the custom trains have headlights.
- Blow up trains. Players riding in the cars will be killed.
- TNT car will create larger explosions when blown up.
- Supports cable cars! 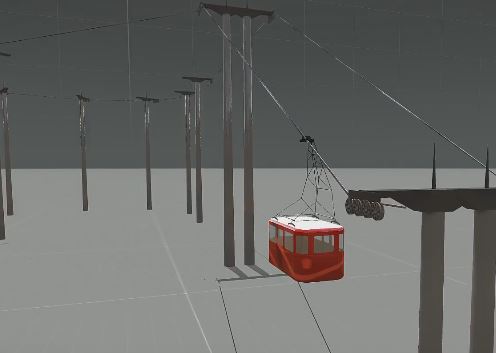 While outside of a train, there are a few actions you can perform. Look directly at the train to get these possible actions:

Train Driver Controls:
- Move Forward (defaults to W key): Speed up the train
- Move Backward (defaults to S key): Slow down the train
- Turn Left (defaults to A key): Controls track switching. Hold "Move Left" as you pass an intersection to direct the train down the left-most path.
- Turn Right (defaults to D key): Controls track switching. Hold "Move Right" as you pass an intersection to direct the train down the right-most path.
- Enabled / Disable Cruise Control (C key): When enabled, the train will maintain its current speed automatically (even if you jump out of the train - runaway train!)
- Break (B key): A faster way to slow down your train besides holding down the Move Backwards key
- Exit Train (delete key): Exit the current train.
- First Person / 3rd Person View (numpad-enter key): Toggles between first and 3rd person in the train. You can also use the mouse wheel to zoom into 1st person.
- Horn (H key): Train horn (hold for longer horn)
- Bells (G key): Train bells (hold for longer bells)
- Turn off Engine (E key): Turn off engine when train isn't moving
- Lights (L key): The A2 and High Speed trains support lights

Note: If you don't hold left or right while passing an intersection, the train will choose the path that requires the least amount of turning.

Track Placement
Custom track objects can be placed via the editor on any map. They can also connect on to the existing tracks placed on Tanoa. Only the track objects included with APEX are supported.

Note for mission makers: If you're having issues getting your custom tracks to work, you can turn on track detection debugging. (set ATRAIN_Track_Debug_Enabled = true in init.sqf). It will show arrows as it's attempting to detect the tracks. It will also show markers on the map for the detected track routes.

1. All tracks must be terminated with the track termination object. If you don't do this, the train won't be able to follow your track that has no termination. Installation:
1. Subscribe via steam
2. If installing this on a server, add the addon to the -serverMod command line option. It's required on the server side and is not required for clients (unless you're using the new trains or want custom sounds - recommended!).

FAQ
*Battleye kicks me when I try to do xyz. What do I do?*

Add the following exclusions to the end of all lines starting with 4, 5, 6, or 7 if they contain "" (meaning applies to all values):

If you have any lines starting with 4, 5, 6, or 7 and they contain "" (meaning applies to all values) it's not going to work. Either remove the line or explicitly define the values you want to kick. Since the values of the variables above can vary, I don't know of a good way to define an exclusion rule.

Also, it's possible there are other battleye filter files that can cause issues. If you check your battleye logs you can figure out which file is causing a problem.

My server is blocking script remote executions. How do I fix this?

Most likely your server is setup with a white list for remote executions. In order to fix this, you need to modify your mission's description.ext file, adding the following CfgRemoteExec rules. If using InfiStar you should edit your cfgremoteexec.hpp instead of the description.ext file. See https://community.bistudio.com/wiki/Arma_3_Remote_Execution for more details on CfgRemoteExec.

dvd.brewster Nov 20 @ 7:57pm
SAY Gabreta has some trains, but they arent't working when I run the mod. How about it?

Machine Gun Kelly Nov 3 @ 10:34am
@soviet commisar 1948 - This is an educated guess. I suspect CUP has changed the names for the tracks they use and this mod has the 'old names'. As such, this mod is looking for the 'old' tracks, not finding them will not work. I can confirm Cher 2020 does NOT work with this mod.

BUT, you can take apart the mod's PBO, find where the tracks are listed and add the new CUP tracks. Then 're-PBO' it. This SHOULD fix it as well as for any other map.

Do note: If you do this, the original key will NOT work any longer on any MP server!

mistzy ♥ Aug 18 @ 3:22pm
especially with the wheels spinning as slowly as they are

mistzy ♥ Aug 18 @ 3:20pm
watching the video. there's absolutely no way in hell that a diesel-mechanical shunter does 50km/h.

crackers Aug 11 @ 2:20pm
it worked for me @Seth_Haveron, try placing a train on tanoa

pretty much a waste of time and diskspace
< >