Greenlight > Games > gamechuckdev's Workshop
Greenlight is being retired. For more information on how to submit games to steam, refer to this blog post.
This item has been removed from the community because it violates Steam Community & Content Guidelines. It is only visible to you. If you believe your item has been removed by mistake, please contact Steam Support.
This item is incompatible with Greenlight. Please see the instructions page for reasons why this item might not work within Greenlight.
Current visibility: Hidden
This item will only be visible to you, admins, and anyone marked as a creator.
Current visibility: Friends-only
This item will only be visible in searches to you, your friends, and admins.
All You Can Eat
Description Discussions0 Announcements2 Comments32 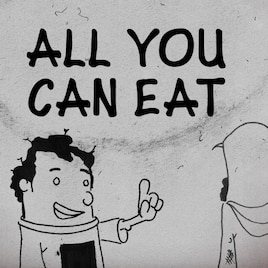 gamechuckdev
Offline
See the collection (may be hidden)

View All You Can Eat in the store

After over two months of collecting votes, today came as a nice surprise - we've been Greenlit by the Steam community!

This means we will start the process of integrating the game with Steam to ship it to you as soon as possible.

In other news, a new trailer is in the works: 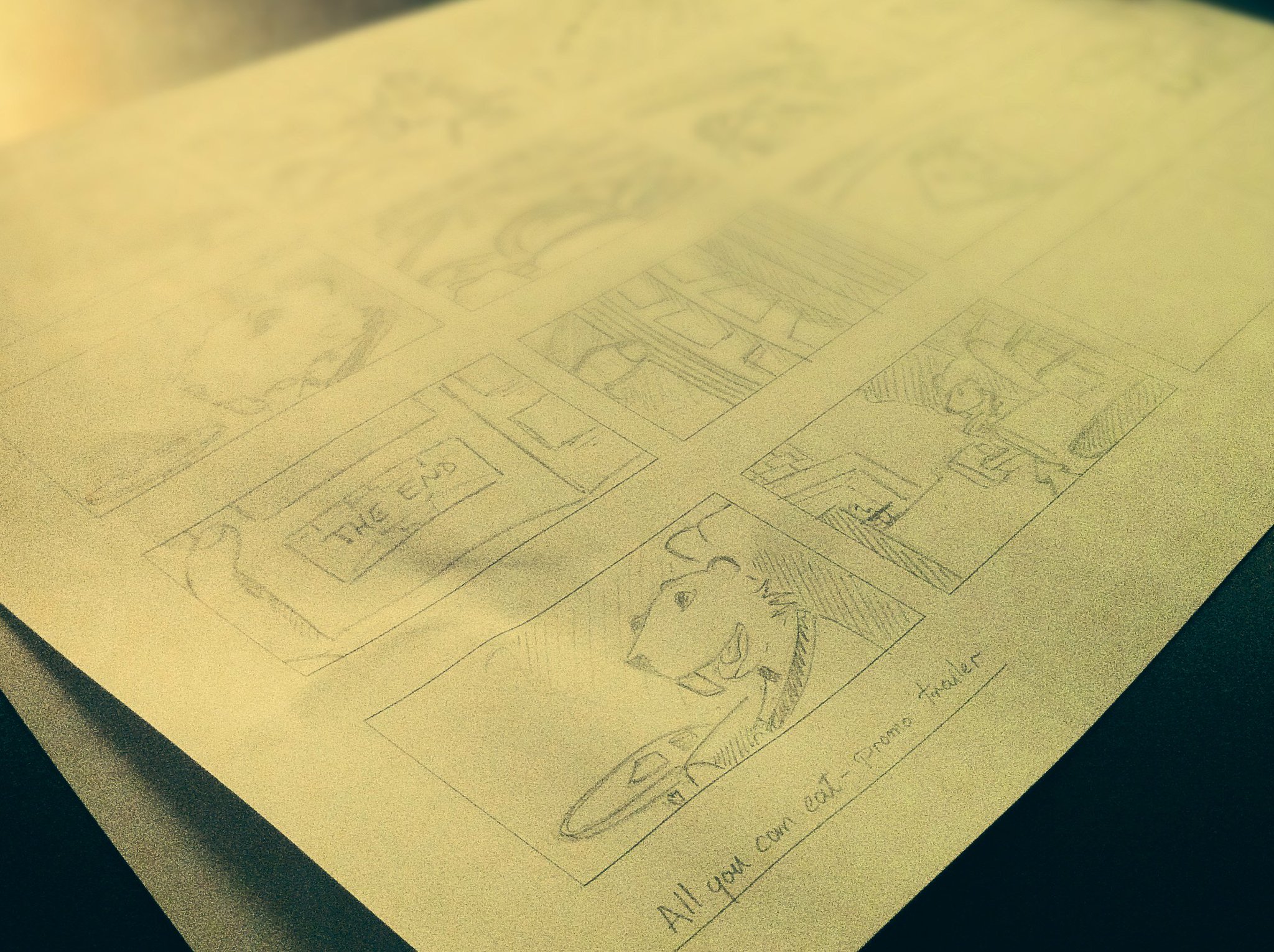 Now, as 'All You Can Eat' has been greenlit, we will be retiring this page, but you can like us on Facebook or follow us on Twitter for new information on updates or our new games.

We had a long talk and found enough room in our budget for one banana.
(You might have to scroll through the comments if you don’t get this one, sorry)

We had no idea how much feedback being honest about our gameplay estimate would receive, so, allow me to share our reasoning and perhaps change your point of view. :)

We feel there are a lot of titles with gameplay padded in a way to produce the illusion of there being 'more game'. We think that approach creates repetitiveness and though the game could be played for a longer time, the experience starts to fade out as the player realizes they're a cog in the machine.

"All You Can Eat" is inspired by daily newspaper comics. By design, they are short (as in, no more than three panels long), a footnote of an otherwise serious publication, something you would read for a laugh during breakfast. Similarly, in today's even busier world, we would like you to have a rounded out experience (beginning-middle-end) when you just have little time available, instead of playing out bits of a much larger game you would have to finish later.

Some people asked us about the price. We think 1$ would fit the scope of this game.

We think it is hard to argue re-playability of a point and click adventure game, so we won't. It depends on whether you like the story and the art, both of which are subjective. That said, we think the chance to print out your own comic from the history of your gameplay at the end gives you at least one reason to go over it again. :)

All You Can Eat - after ten years of living in a diner with a single "All You Can Eat" coupon, your existence is threatened by the diner's imminent foreclosure! Embark on a epic mundane journey to protect your way of life!

gamechuckdev  [author] May 18, 2017 @ 11:50am
@Bendy Thank you very much! At this point, we would prefer not to pad out the runtime artificially (or mislead our players), and instead make sure those 20 minutes are well worth your money!

Buzzz Apr 24, 2017 @ 4:44pm
Looks great, would give more than a buck for this. I like the idea of short comic/games "you would read for a laugh during breakfast." and I like your style. I hope there will be more of these in future, would be great to have a whole collection with different stories. Oh, and I'm glad to see Croatian game on Greenlight ;)

gamechuckdev  [author] Mar 23, 2017 @ 8:03am
@Smok_Wawelski we're thinking probably three to four achievements - one for finishing the game, one for speedrunning it, one for an obligatory easter egg and one for printing out your game as a comic. what do you think?
oh an one for taking more than 20 minutes to finish :P
< >

All You Can Eat has been Greenlit and is now listed in the Steam store. For the latest information, purchase options, and discussions for All You Can Eat, please see it on the Steam Store or in the Steam Community.
Visit Store Page
For more details Visit Community Hub
For latest discussions
If you really, really want to, you can continue to the Greenlight page. Information on this page may be out of date, since all the action has moved to the areas noted above.