Greenlight > Games > x0to1's Workshop
Greenlight is being retired. For more information on how to submit games to steam, refer to this blog post.
This item has been removed from the community because it violates Steam Community & Content Guidelines. It is only visible to you. If you believe your item has been removed by mistake, please contact Steam Support.
This item is incompatible with Greenlight. Please see the instructions page for reasons why this item might not work within Greenlight.
Current visibility: Hidden
This item will only be visible to you, admins, and anyone marked as a creator.
Current visibility: Friends-only
This item will only be visible in searches to you, your friends, and admins.
NEO Impossible Bosses
Description Discussions1 Announcements3 Comments66

x0to1
Offline
See all 5 collections (some may be hidden)

1) The game was nominated for the Indie Prize @ Casual Connect Asia! Didn't win anything there, but it was a great experience! 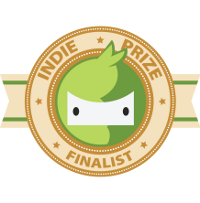 Read More
Description
Release date: Late 2017
NEO Impossible Bosses is a RTS-MOBA RaidBoss rush in which players have to utilize a number of heroes to defeat the IMPOSSIBLE BOSSES! Inspired by the Warcraft 3 mod "Impossible Bosses" by Psyris, each boss is a unique challenge and has their own signature abilities.

Now for some informative screenshots with captions!

Note from the developer
Hi! I've always been a little sad that the original custom map 'Impossible Bosses' in Warcraft3 was limited to a multiplayer-only experience, hence why I started working on this game. I'm at about 60% done with the game now, and should be able to have a beta in the near future. If you've always wanted to figure out MMO-styled bosses but feared the leveling grind found in most MMO games, do vote 'YES' for NEO Impossible Bosses to be on steam!

NEO Impossible Bosses has been Greenlit and is now listed in the Steam store. For the latest information, purchase options, and discussions for NEO Impossible Bosses, please see it on the Steam Store or in the Steam Community.
Visit Store Page
For more details Visit Community Hub
For latest discussions
If you really, really want to, you can continue to the Greenlight page. Information on this page may be out of date, since all the action has moved to the areas noted above.