Greenlight > Games > The New 8-bit Heroes's Workshop
Greenlight is being retired. For more information on how to submit games to steam, refer to this blog post.
This item has been removed from the community because it violates Steam Community & Content Guidelines. It is only visible to you. If you believe your item has been removed by mistake, please contact Steam Support.
This item is incompatible with Greenlight. Please see the instructions page for reasons why this item might not work within Greenlight.
Current visibility: Hidden
This item will only be visible to you, admins, and anyone marked as a creator.
Current visibility: Friends-only
This item will only be visible in searches to you, your friends, and admins.
Mystic Searches
Description Discussions1 Announcements3 Comments37 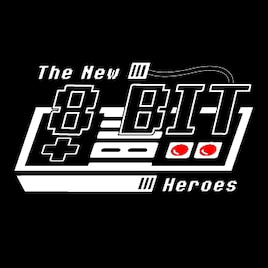 This version is not yet updated on the provided link, however I wanted to demonstrate just how helpful the community has been in working out kinks and bugs during the beta testing process. Here are the 10 things that you guys have helped us improve so far:

1) The biggest bug was found by a friend on the NES community who set out to break the game. And he did. There was a problem where if you just started mashing notes while in song mode, eventually, under the right conditions, all sorts of chaos would begin to happen - palettes flickering, sprites changing, randomly appearing on empty screens, etc. This has been corrected.

2) Friend of the project Jeffrey Whittenhagen streamed a playthrough and found a few tiles that were incorrectly *warp up* tiles...seemingly just normal background texture tiles caused the player to warp up and become stuck in the forest. These were fixed. On the same note, arguably the projects longest running fan (who I used to share ideas with on the schoolyard as an 8 year old kid, who has seen and been supportive of every iteration), Greg Toussaint, drew my attention to the fact that the forcefield at the end which was *supposed* to say something about a horrible hum instead gave the message from the beginning of the game, and that one of the rock tiles that was not meant to be stompable was stompable, leading to a hole that led the player down to get stuck in a wall! These were all just problems with our collision tables caused by user error on my part, nothing wrong with the underlying engine.

3) Friends at the Steam community were fairly adamant about the problem of feeling *stuck* against solid objects. Since this was a fairly common critique, I took this one seriously. This problem was two-fold. There was a problem where the player could be knocked back when hurt and end up slightly stuck on the edge pixel of a jumpable object (it wasn't a huge deal since you could jump to free yourself). Monsters had the same issue. This was fixed. The second part was more complex - supporters essentially wanted diagonal strafing. The concept was easy enough - when the player is pressed against a solid wall and presses diagonal, he should be able to move along the free axis. I had to rewrite a bit of the movement code for this to work, but now there is a *slow strafe* against solid walls while pressing diagonal.

4) At random, sometimes monsters would become stuck for an obscenely long time in their hurt state...just continue to move around the room flashing for a long time. This seemed to be caused by a strange, rogue bank switching error and has been fixed (or at least, endless testing hasn't reproduced the problem where it once was occurring rather regularly).

5) In the HUD, the crystal ball's flashing (when charged) used to be a very fast flicker and looked strange on some methods of play where the timing wasn't so regulated. We've changed it to become more of a strobe. We also changed so the four *corners* of the flashing crystal ball display the correct color. Neither of these things are functional, but make things a bit more aesthetically seamless.

6) Jumping monsters (jumping snails / forest devil creatures) would become stuck in jumpable objects sometimes. This is fixed. Now they bounce until they are no longer over the jumpable tile. And believe me, I already have some annoying rooms planned for your poor players that take advantage of that!

7) The snail monsters went through a bit of a re-write. There were two problems - one was a bug and one a preference. The bug happened if a new snail monster ever respawned on the screen...any snails in the process of digging or emerging would suddenly pop back up to on the surface, rather than continuing their dig or emerge action. This was yet another bank issue and has been fixed. The preference - their pop-up was random, and it was this way intentionally. However most players considered this unfair. So I took a page out of *Zelda*'s book. Now you can see a little disturbance where the monster will come up. This gives you more time to avoid it. What's fun is, with our stomp mechanic, you can also stomp it while it's still underground, which is oddly gratifying!

8) There was a conversation about respawn points for the player. Most players were very thankful to find a respawn point once they got to the forest, but hated that they couldn't then reset that respawn point back to near the start of the game. What I did to demonstrate the mechanic (and also to inject a little narrative) was to make a new screen with a fellow vagabond's tent and camp. In Mystic Searches, one of the disposable items will be a tent, which will allow you to set your own respawn points wherever and whenever you want (on most screens). This NPC in Mystic Origins offers you use of one of his tents that he's been considering bringing to market. Talking to him can set the respawn point there. So now, there are two potential respawn points that you can set back and forth at any time.

9) A lot of people didn't like that once you got through the swamp and faced the bogmen guards, you had to fight them again to get back to Dariav. I built a one-way back door to the swamp temple that leads to the sewers under Dariav to prevent the need to do this. Also, I have placed healing pools which cure poison inside the swamp temple, mostly to demonstrate the concept. In Mystic Searches, poison will not be the only ailment can suffer.

10) A lot of people wanted to actually see the exp system work. Now it does, for a single time increase. When you've gotten enough experience, your strength goes up by one. Again, this is mostly to demonstrate the concept. Obviously in Mystic Searches, you will be able to continue to level up, increasing strength, defense, and magic power.

Thanks to some of you amazing beta testers, we have isolated a few critical bugs in the game. The same link now points to a version with some small updates which fixed a few of the larger problems that had the potential to cause crashes or game-ending issues (as well as one or two of the smaller, more design choice ones that people were unanimously vocal about). While there is still work to do on the engine between now and the official release, the version now posted should be a little more stable. That link, again, is here:

One other thing that has constantly come up - since this is a NES game, and since this demo-beta serves as its own quest entirely, is it possible to get the beta itself on a cartridge? Some of you have extracted the ROM from the jar file and tried it in various emulators. In order for it to work in an emulator, it must support mapper30. I can recommend FCEUX. Others of you have tried to put the rom on your everdrive or on your hacked NES Classic...I can not speak to whether or not this will work, as I don't know what software is at the foundation of these things. My instinct is that it likely won't work without some sort of mapper30 patch, but I could be wrong.

However, enough people have expressed interest in an actual hardware playable version in addition to the online playable version that we have made one available through our website at http://www.TheNew8bitHeroes.com. If you're interested in the hardware experience or having specifically the beta for your collection, check it out. Please feel free to ask any questions you might have about this.

Thank you so much for the support in bringing Mystic Searches to Steam!

First conceived in 1988 by a few 8 year old kids in upstate New York, Mystic Searches is finally becoming a reality. As part of The New 8-bit Heroes documentary, a team of modern creatives retrofitted their skills to develop a brand new adventure game that will play on actual NES hardware as well as here on Steam.

In this open world journey through a unique fantasy world, the young vagabond musician Julian strives to avenge his mentor and undo the deceptive actions of the deceitful, rogue sorceress Amriya. Solve complex puzzles, explore a mysterious mythology full of foreign races and monsters, navigate through perilous platforming, gain a wide array of magical abilities, learn the song of the world, and become the hero by restoring control of the supernatural elements to the Mystics before the imbalance leads to the catastrophic end of the world!

This is classic NES gaming for those interested in authentic retro flavor!

We wanted to show off the NES engine and give project supporters an opportunity to beta-test it. We created a 10% vertical slice of Mystic Searches, but instead of just giving part of the actual game, we created a sort of prequel that serves as a prologue to the main game's narrative while giving the player a good indication of the game will play. We called this beta/prequel Mystic Origins, and you can play it for free here:

(You will need java installed in order to play this).

CarlHobb Mar 20, 2017 @ 4:18pm
I met you guys and played this a couple months ago, I'm really glad to see how everything is turning out! It's even better than when you guys were showing it off at an event in Largo!

Game Development Championship Mar 16, 2017 @ 5:49am
Looks like fun, but why did you have your company icon as your Greenlight submission logo, instead of the game icon?

DestructoDisk Mar 13, 2017 @ 6:06pm
The kind of games I have been wanting for years are finally coming out. This, Odallus, and Owlia are true to games of my hardware generation. I like games like Shovel Knight and Hyper Light Drifter, but they come up just short in satisfying my true cravings for a new retro game.