Greenlight > Games > megacatstudios's Workshop
Greenlight is being retired. For more information on how to submit games to steam, refer to this blog post.
This item has been removed from the community because it violates Steam Community & Content Guidelines. It is only visible to you. If you believe your item has been removed by mistake, please contact Steam Support.
This item is incompatible with Greenlight. Please see the instructions page for reasons why this item might not work within Greenlight.
Current visibility: Hidden
This item will only be visible to you, admins, and anyone marked as a creator.
Current visibility: Friends-only
This item will only be visible in searches to you, your friends, and admins.
Log Jammers
Description Discussions0 Announcements1 Comments19 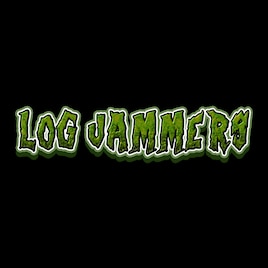 megacatstudios
Offline
See all 2 collections (some may be hidden)

Hey everyone, we'll be at Twitch Con this weekend promoting Log Jammers! Kickstarter for some cool new features going up soon!

Read More
Description
Release date: Fall 2017
Grab an axe and stretch your hamstrings, it's time for some axe frisbee!

Zombies and Lumberjacks can finally settle their scores through skilled axe frisbee, a never before publicly disclosed medium to settle disputes.

This is our first build, and we'll be posting updates as it progresses along!

For ages, we believed that intergalactic communication would be the end result of centuries of scientific and technological advancement. Contact between two sentient species would occur only after profound enlightenment had been achieved by both parties. It would be a cosmic event.

We were super wrong.

As it turns out, the only form of communication which spans time, space, and species is extreme sports. So, when the Log Jammers Tournament first came to Earth, humanity was demolished, and our world was scorched and blasted for our failure.

Now, the contest is returning, and we’ve learned our lesson. Move over science. This tournament is about to get jammed.

Log Jammers is a fast-paced sports game where players continuously throw axes at the goals of their opponent, attempting to score. Dodge, catch, juke, and outmaneuver your opponent as you sling those bladed tree-banes with expert precision or rapid desperateness. It’s competitive couch co-op like you’ve never tasted.

Characters
Rad Carlton – Although he is the youngest of a group of thrill-seeking surf enthusiasts/criminals known as the Riptides, Rad is also the fastest, baddest, raddest of the bunch. He enters the tournament in order to chase waves across the cosmos. Gnarly!

Bruiser Bogardus – Bruiser is the type of dude to eat meat until his teeth bleed. Years of wood-carving contests, with events like burling and chainsaw juggling, have prepared him for the Log Jammers Tournament, where he hopes to prove his strength to the entire galaxy.

Hot Foot Francis – Although much of humanity has taken to a subsistence existence, Francis believes that the apocalypse is no reason to miss a work out. Fitness is her thing, and she’s got the speed to prove it. She considers the tournament a type of intergalactic Olympic triathlon, and wants to prove to herself that she has what it takes to be the best.

Ollie Oilsack – Brains, brains, brains. Ugh, is there ever anything different? When Ollie heard that the Log Jammers Tournament would open up the opportunity to eat the cranium goodies of a thousand variety of humanoids, he simply could not resist. So now he shambles atop log after log, awaiting his chance to chomp on something new.

Mayonnaise Monsoon – An unstable, short-chain molecule? A foul, obnoxious mob? Mood slime? The Mayonnaise Monsoon is all of this and more. A protoplasmic intergalactic traveller, the big double M feeds on the negative vibes of conflict, strife, and discord. The Log Jammers Tournament, then, is the perfect place to charge up his slime.

Sparerib Boneaparte – How do you follow up a whirlwind tour of the netherworld? That was the question facing this heavy metal skeleton after supporting his band’s newest album, Evil Shred: Army of Heartless. He decided to tour the mortal realms with the only music they understand: combat.

Ice – What better way to slow your enemies down than encasing them in a rime of frost? Makes both defense and offense tougher!

Slime – You can’t throw what you can’t keep. This upgrade coats the axe in a slippery substance, and will stop players from holding onto the axe after they catch it. Instead, it will slip out of their hands and back into yours.

Magnet – Steal that sharpened wood splitter right out of your opponent’s hands with this puppy.

Levels
Mount Vesuvius – The official sponsors of the Log Jammers Tournament, HyperThirstKiller! Drink Co., demand an arena that is as extreme as their beverages. What better place than a super volcano that is ready to pop at any moment? Try new Backflip Buffalo Flavor and mind the magma!

Woodsman’s Pond – A serene and secluded area where the legendary Zombie Jack first learned to wield an axe. There is no more fitting setting for a tournament of this type.

International Space Station – Earth’s only neutral area, as the environment here can be tailored to accommodate creatures from all over the galaxy.
< >
19 Comments

Trebolt Oct 23, 2017 @ 1:07am
Got to play this at Twitch Con and was pleasantly surprised. Definitely looking forward to seeing where this goes!
Also, Mayo is the best map hands down.

megacatstudios  [author] Oct 19, 2017 @ 1:07pm
Hey everyone, we'll be at Twitch Con this weekend showing off Log Jammers! Expect to see the Kickstarter for some cool new features going up soon! Thanks!

Log Jammers has been Greenlit and is now listed in the Steam store. For the latest information, purchase options, and discussions for Log Jammers, please see it on the Steam Store or in the Steam Community.
Visit Store Page
For more details Visit Community Hub
For latest discussions
If you really, really want to, you can continue to the Greenlight page. Information on this page may be out of date, since all the action has moved to the areas noted above.