Greenlight > Games > FoxWorks Aerospace s.r.o.'s Workshop
Greenlight is being retired. For more information on how to submit games to steam, refer to this blog post.
This item has been removed from the community because it violates Steam Community & Content Guidelines. It is only visible to you. If you believe your item has been removed by mistake, please contact Steam Support.
This item is incompatible with Greenlight. Please see the instructions page for reasons why this item might not work within Greenlight.
Current visibility: Hidden
This item will only be visible to you, admins, and anyone marked as a creator.
Current visibility: Friends-only
This item will only be visible in searches to you, your friends, and admins.
Subtransit
Description Discussions26 Announcements3 Comments471 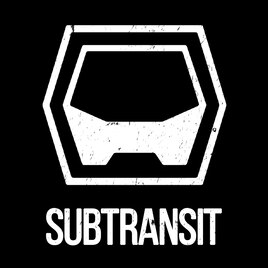 Thank you for your support! We have now been greenlit and with a considerable amount of people still voting every day. Expect a proper full game trailer soon!

We've updated the development blog[devblog.foxworks.cz] with a couple posts, a little bit on creation of the teaser video as well as the train aerodynamics. If there are any specific parts of the game you'd be interested to hear about more in detail, leave us a comment and we will consider it for one of the next posts.

Read More
Description
Release date: TBA
Subtransit is a train simulation game that recreates the metro trains and infrastructure of the former USSR subway networks. One of the key highlights of the game is that the metro trains have been recreated inside this simulator with an unprecedented level of engineering detail. The entire pneumatic system and every single valve, wire and switch are simulated, down to the last electrical relay and component in the train.

We are currently working on releasing a public beta version of the game. Subtransit will initially feature two types of rolling stock on the Moscow Circle Line:

The full release will also include Moscow Tagansko-Krasnopresnenskaya Line and Ezh3 metro trains.

Gameplay
This game will offer both a singleplayer sandbox/storyline mode and a multiplayer mode. The game is controlled like any other FPS-style game, allowing players to freely move around and explore the interior of the train and the world.

The main part of the game involves driving the fully simulated subway trains. The player is free to operate every button, switch, and valve both inside and outside of the cabin on the train. Gameplay consists of operating the metro train according to very tight schedules and safety rules that are observed in the real world. The storyline mode will provide a variety of challenges and emergency situations.

The atmosphere of the multiplayer metro train driving might not be obvious at first, but maintaining a tight schedule depends upon the actions of each driver in the system. Any mistake instantly and directly affects everyone else; a delay of a mere 10 seconds by one train ahead will leave red signals running ten seconds longer for each train behind. This will cause a chain reaction within mere seconds that every other driver will feel as they all suddenly go out of their rhythm.

Other info
While this version of the simulator is only very slightly different from the version used for training real metro drivers, there are no difference in simulation features between the two. The game includes a fully comprehensive training course on the train operation as part of the game's storyline, as well as educational materials used by real metro drivers, provided in English and Russian.

The prototype of Subtransit is available as a Garry’s Mod workshop addon. It provides an intricate simulation of the same 81-717 and Ezh3 trains that will be featured in Subtransit. We will post more information and videos about the new simulator on the
development blog[devblog.foxworks.cz] soon.