Store Page
Cities: Skylines >  Workshop > AmiPolizeiFunk's Workshop
This item has been removed from the community because it violates Steam Community & Content Guidelines. It is only visible to you. If you believe your item has been removed by mistake, please contact Steam Support.
This item is incompatible with Cities: Skylines. Please see the instructions page for reasons why this item might not work within Cities: Skylines.
Current visibility: Hidden
This item will only be visible to you, admins, and anyone marked as a creator.
Current visibility: Friends-only
This item will only be visible in searches to you, your friends, and admins. 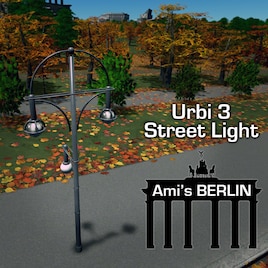 This item has been added to your Subscriptions. Some games will require you to relaunch them before the item will be downloaded.
In 1 collection by AmiPolizeiFunk
Ami's Essential Berlin Assets

253 items
Description
The "Urbi 3" is a street light by Selux AG that is used to illuminate one of Berlin's most famous avenues; the "Straße des 17. Juni." Formerly called "Charlottenburger Chaussee," the street was renamed by West Berlin, in 1953, to commemorate the uprising of the East Berliner workers against Red Army and GDR Volkspolizei. It cuts through the Tiergarten, passing the Victory column ("Siegessäule") and the Soviet War Memorial, arriving at Brandenburger Tor. 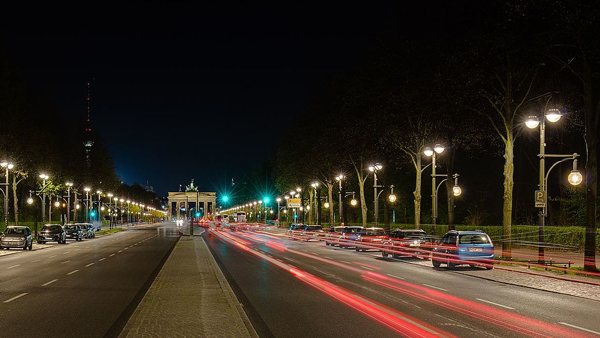 The Urbi has two lights for the cars on the avenue at 5.75m, and another softer single light for pedestrians on the sidewalk at 3.5m.

Can be plopped individually with "Find it!" or "More Beautification" mods, or can be used as a road lamp replacement with "Network Skins."

AmiPolizeiFunk  [author] Sep 1, 2021 @ 6:12am
I'm interested in making more street lights, but I like to make ones that are based on real models. Maybe check out the catalog at Selux and tell me one that you really like

AmiPolizeiFunk  [author] Mar 11, 2017 @ 3:19pm
That would be super cool. It might be easy to just output the road and rail networks. It's the mods and assets that would be a huge pain, since I've tweaked many of them.

Sgt. Panther Mar 11, 2017 @ 2:08pm
I would be interested in it because you layed the Road network already and I would really like to make a sort of Pre-War version with more traditional buildings and cars.

No, I don't plan on making a larger version, but feel free to export it, scale it up, and re-import it (it's not all that hard... I taught myself how to do this stuff in the last 3 weeks).

As for sharing my Berlin savegame -- I'm thinking about it, but there would be a ton of back-end work to do to make it share-able

Sgt. Panther Mar 11, 2017 @ 9:20am
And would you release a downloadable version of your Berlin? I would love to see what you have done and how closely you followed the Real Town.