Greenlight > Games > Argent Games's Workshop
Greenlight is being retired. For more information on how to submit games to steam, refer to this blog post.
This item has been removed from the community because it violates Steam Community & Content Guidelines. It is only visible to you. If you believe your item has been removed by mistake, please contact Steam Support.
This item is incompatible with Greenlight. Please see the instructions page for reasons why this item might not work within Greenlight.
Current visibility: Hidden
This item will only be visible to you, admins, and anyone marked as a creator.
Current visibility: Friends-only
This item will only be visible in searches to you, your friends, and admins.
Chess of Blades
Description Discussions0 Announcements3 Comments21 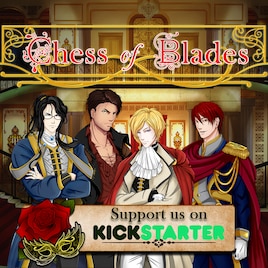 View Chess of Blades in the store

We've been Greenlit! Thank you all so much for your support! Now we'll be able to release on both Steam and Itch.io, so you can easily access Chess of Blades from any computer when development is complete. You guys are awesome!!

We're up to $3.2k on our Kickstarter, but we still need to push harder! Make sure to share it with your friends so that we're able to reach our goal!

Also, please support us on Thunderclap[www.thunderclap.it] (it's free!!). It'll post a one-time message on your social media during the last day of our Kickstarter so we can make the final push for funding!

Thank you all again for your help and support! Make sure you keep up with the dev process on Twitter and Tumblr[blog.argentgames.co] for regular updates! 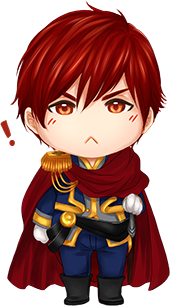 Hey everyone! We're sitting at an awesome 260 upvotes right now, and we've made a lot of progress! We just need a little more love for a final push and we have a good chance of getting Greenlit!

Make sure you keeping sharing us with your friends! If you haven't already done so, please check out our Kickstarter and help support us there as well.

For more updates, you can follow us on Twitter and Tumblr[blog.argentgames.co] to keep up with the development process! 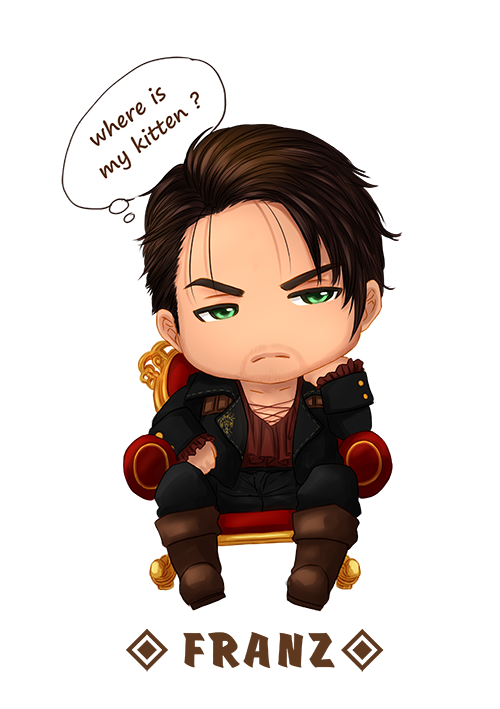 Read More
Description
Release date: Summer 2017
Chess of Blades is a BL/Yaoi visual novel about romance and murder in the ballroom.

Support us on Kickstarter!

Questions, comments, or concerns? Email us at contact@argentgames.co!

The king is having a huge birthday celebration! Five days of dancing, festivals, and drinking, culminating in a grand masquerade ball. It just so happens that Rivian Varrison, the introverted son of a famous nobleman, is forced to attend this giant event by his father. By chance, or maybe something more deliberate, he runs into a host of colorful and shady characters, all with their own stories to tell. But when a sudden and mysterious crime happens on the second day of the celebration, Rivian finds himself thrown into the middle of it, and has to discover the truth behind what really happened -- and who the people around him really are. 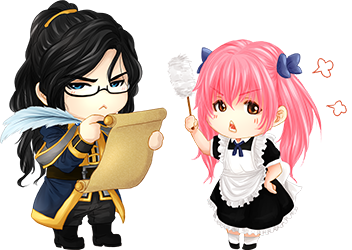 A visual novel is a game with little traditional "gameplay." The player reads text on the screen, accompanied by visuals and audio, and follows through a set story. However, they can make choices to determine the story's route and the ending. Think of it as a choose-your-own-adventure book, except in a game (and with art and sound!).

A BL game is a boy's love game - a game that focuses on a gay relationship between two males.

What will this game be rated/how do the ratings work?

We are releasing both PG-13 and R-18 versions. The PG-13 has no NSFW content, while the R-18 version contains explicit scenes. Backers and buyers can have access to both versions.

vanessa-tran Apr 28, 2017 @ 8:01am
Sadly you guys didn't get the initial funding but I'm happy to support your second campaign to bring this unique romance/mystery BL visual novel to life!!!

Argent Games  [author] Mar 13, 2017 @ 9:47pm
@MCBNick, our composer Alec Sievern did the trailer music! You can find him at his portfolio website [www.alecsievern.com] if you want to hear more.

@Everyone else, thanks again for your support and comments! :)

Sunwave Mar 10, 2017 @ 8:26am
Artwork seems excellent. Voice acting is alwasy a pre (if you don't like it turn it off). [Anything] with a side of intrigue/mystery is interesting. BL is not my thing but I definitely want to support this game regardless.

MR Mar 8, 2017 @ 4:48pm
Oh my god! I'm so excited already. I had previously purchased Requiescence and loved playing it. Heck yeah I'd be interested in buying it.

@Takehito Morokozu I'm not sure I understand your question! Could you specify what you mean?

@Everyone else, thanks for your support and feedback! :)
< >

Chess of Blades has been Greenlit and is now listed in the Steam store. For the latest information, purchase options, and discussions for Chess of Blades, please see it on the Steam Store or in the Steam Community.
Visit Store Page
For more details Visit Community Hub
For latest discussions
If you really, really want to, you can continue to the Greenlight page. Information on this page may be out of date, since all the action has moved to the areas noted above.