Greenlight > Concepts > XaeroX's Workshop
Greenlight is being retired. For more information on how to submit games to steam, refer to this blog post.
This item has been removed from the community because it violates Steam Community & Content Guidelines. It is only visible to you. If you believe your item has been removed by mistake, please contact Steam Support.
This item is incompatible with Greenlight. Please see the instructions page for reasons why this item might not work within Greenlight.
Current visibility: Hidden
This item will only be visible to you, admins, and anyone marked as a creator.
Current visibility: Friends-only
This item will only be visible in searches to you, your friends, and admins.
Perilous Warp
Description Discussions0 Comments13 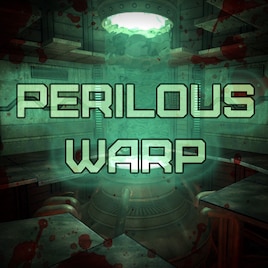 H-3D
Offline
Description
Perilous Warp is a fast-paced indie 3D-shooter with a simple but intriguing storyline. Currently there are only two members in our team, so the game won't be long. However we do our best to reconstruct the classic atmosphere of old-school actions, both in singleplayer and multiplayer mode. Our own products - Volatile game engine and J.A.C.K. level editor - greatly assist the development.
We're not ready to show you pure gameplay (weapons, enemies), but you can already get a taste for the environment of a colonists base on a distant planet!

THE STORY
2047 a.d. Within a distant stellar system, astronomers find an Earth-like exoplanet. It turns out that a composition of its atmosphere is similar to Earth's, and it could be suitable for humans. However existing space technologies do not allow reaching the planet in the near future.

2049 a.d. A meteorite consisting of an unknown mineral hits the Earth. Its shape and internal structure suggests that its nature is artificial, so it is probably a fragment of some extraterrestrial object. Attention of scientists is drawn to extremely unusual properties of the mineral: it can be used to create "warps", or hyperspace rifts. The first teleporters have been constructed, and then a bit later - an experimental hyperspace engine for an insterstellar spacecraft. However there is only one such such engine due to a lack for the mineral. Thorough search for the precious mineral is immediately initiated. Finally, traces are found in an emission spectrum of the exoplanet discovered two years ago. Doubts finally result in the decision to send an expedition to the planet.

2050 a.d. A spacecraft equipped with a hyperspace engine, with scientists, soldiers, necessary equipment and materials onboard, makes its way to the planet, to found a colony. People successfully land on the planet, build a base, discover mineral fields and start their exploitation. Six months of work have passed according to a plan, the first shipment of the mineral is about to be sent back to Earth, but suddenly the communication with the colony is interrupted.

Despite large amounts of the mineral at the colony base, resulted in vast teleportation network throughout the base - it is not the case on Earth. The only physical connection with the colony is an emergency input teleporter (the output counterpart is located at the colonists base). Its low power only enables sending a small amount of vital cargo... or one fully equipped soldier. That is you.

You, as an experienced space marine, get a responsible task: go to the exoplanet through the emergency teleporter and find out what has happened to the colonists base. Most likely you also have to find the spaceship - a fortified citadel - and check commanders' records about the expedition. If there is a pure technical problem - you'll return home with a load of the mineral on the spaceship in a few months. But if something awful has happened... Then you'd better find your way home at your own: the good point is that there are both stock of the mineral and all the necessary technical stuff to open the output teleporter.

You are given a latest armor set, a powerful weapon with self-replenishing ammunition (who knows what threats you're going to face at the distant base), and you bravely step into the teleporter with unshakable confidence in your power, and with the desire for glorious adventures.

GAME FEATURES
SOURCES OF INSPIRATION
We love classic old-school 3D-shooters! The development of Perilous Warp was inspired by such masterpieces as Quake, Unreal, Doom III, and certainly the brilliant game Chasm: The Rift. Old school players will reveal numerous references, but nevertheless newbies won't be bored - anyway, you'll meet the new perilous world of the mysterious desolated colonists base. But is it really abandoned?
< >
13 Comments

QuickNinjaCat Jan 26, 2018 @ 7:25pm
If this is being developed with J.A.C.K, how come you guys haven't released a build that supports displacements?