Greenlight > Games > Headware Games's Workshop
Greenlight is being retired. For more information on how to submit games to steam, refer to this blog post.
This item has been removed from the community because it violates Steam Community & Content Guidelines. It is only visible to you. If you believe your item has been removed by mistake, please contact Steam Support.
This item is incompatible with Greenlight. Please see the instructions page for reasons why this item might not work within Greenlight.
Current visibility: Hidden
This item will only be visible to you, admins, and anyone marked as a creator.
Current visibility: Friends-only
This item will only be visible in searches to you, your friends, and admins.
Guard Duty
Description Discussions0 Announcements3 Comments73 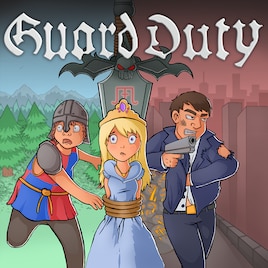 View Guard Duty in the store

Thanks you all for your continued support! I am very happy to say that Guard Duty has now been Greenlit. Awesome!

We have a lot of cool stuff in store for Guard Duty, if you'd like to help support the project our Kickstarter campaign is still live with just 9 days remaining:

Thanks again, we couldn't have done it without you. Expect more updates from us as development progresses.

Our Kickstarter has been a huge success! We've reached our funding goal in just 4 days and with 26 days remaining on the campaign, we are now making the push towards our stretch goals.

Our 'yes' votes on Greenlight have been steadily increasing, further widening the gap between 'yes' and 'no'. We really appreciate all the lovely comments you've been leaving, very much appreciated!

The support we've received so far has been incredible and we're very excited about what the future holds.

Guard Duty is a point and click adventure game taking place across a rich and diverse fantasy setting. Take control of two protagonists living thousands of years apart, with locations ranging from enchanted forests to dystopian cities of the future. Guard Duty is a game rooted in a Medieval setting, but featuring a unique story where past events drastically influence those of the distant future. The game will be released as a stand-alone title with hundreds of animations, full motion cutscenes and a charming variety of British voice actors. 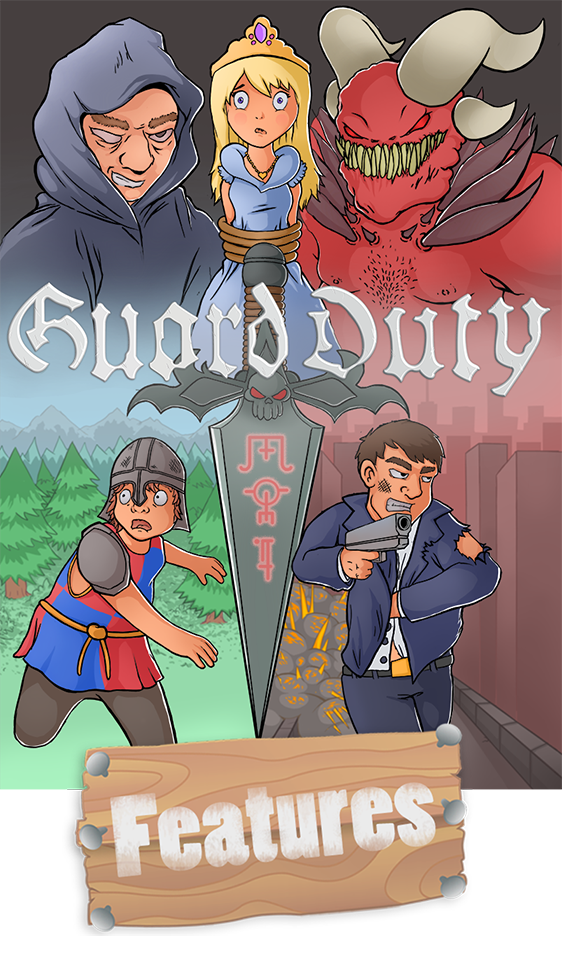 A full stand-alone game spanning across two drastically different time zones - Past or future, choose your actions wisely. This is not a tale for the faint of heart.

Full open world to explore - Venture past the Deadwoods, head North through the Wildlands or return to Wrinklewood for a swift pint at your leisure.

Multiple protagonists - take control of both Tondbert and Agent Starborn, each with their own unique mechanic for interacting with the world.

Hand crafted pixel art – True to the era, our game is created in a tidy 320x240 resolution and styled like a true 90's point and click. It will look great on your Grandma's CRT.

Hundreds of bespoke animations with glorious full screen cutscenes – All of our art is created by the raw might of one man, so you can be sure that all of the assets will sit perfectly together.

Full voice cast – With Tondbert voiced by our artist and many other characters already cast we're ready to rumble. We record all our sound in-house to the highest quality.

Unique music tracks for each of the game's locations – Our musician has been working closely with our artist to really nail the atmosphere, Wrinklewood alone already features 15 unique songs.

Bespoke sound design - All of our audio has been created specifically for this project, be it the clatter of a goat's hooves or the quaint ambiance of the depths of hell.

Streamlined inventory system and puzzle design – Whilst being true to the genre we have also tried to streamline the gameplay experience to match the standards of modern adventure games.

When a teenage apprentice stumbles upon his father’s collection of Demonic literature he learns of a long forgotten ancient ritual, a recipe for destruction, death and the promise of immortality.

‘An exchange of royal virgin blood for an eternity on the throne, to be king of the underworld, ruler of the mortal realm.’

With evil in his eyes, the apprentice embarks on the journey of a lifetime, one reaching far across the depths of time and space.

Take control of the first dynamic duo with a heritage line spanning multiple millennia! Destiny speaks of two men that can stop the young soon-to-be ruler of the world, well, more like one and a half men:

Wrinklewood is a humble place, catering to folk who appreciate the quite life. With most if it's inhabitants never having stepped outside the town's walls, Wrinklewood provides everything you need to live a fulfilling, xenophobic lifestyle. 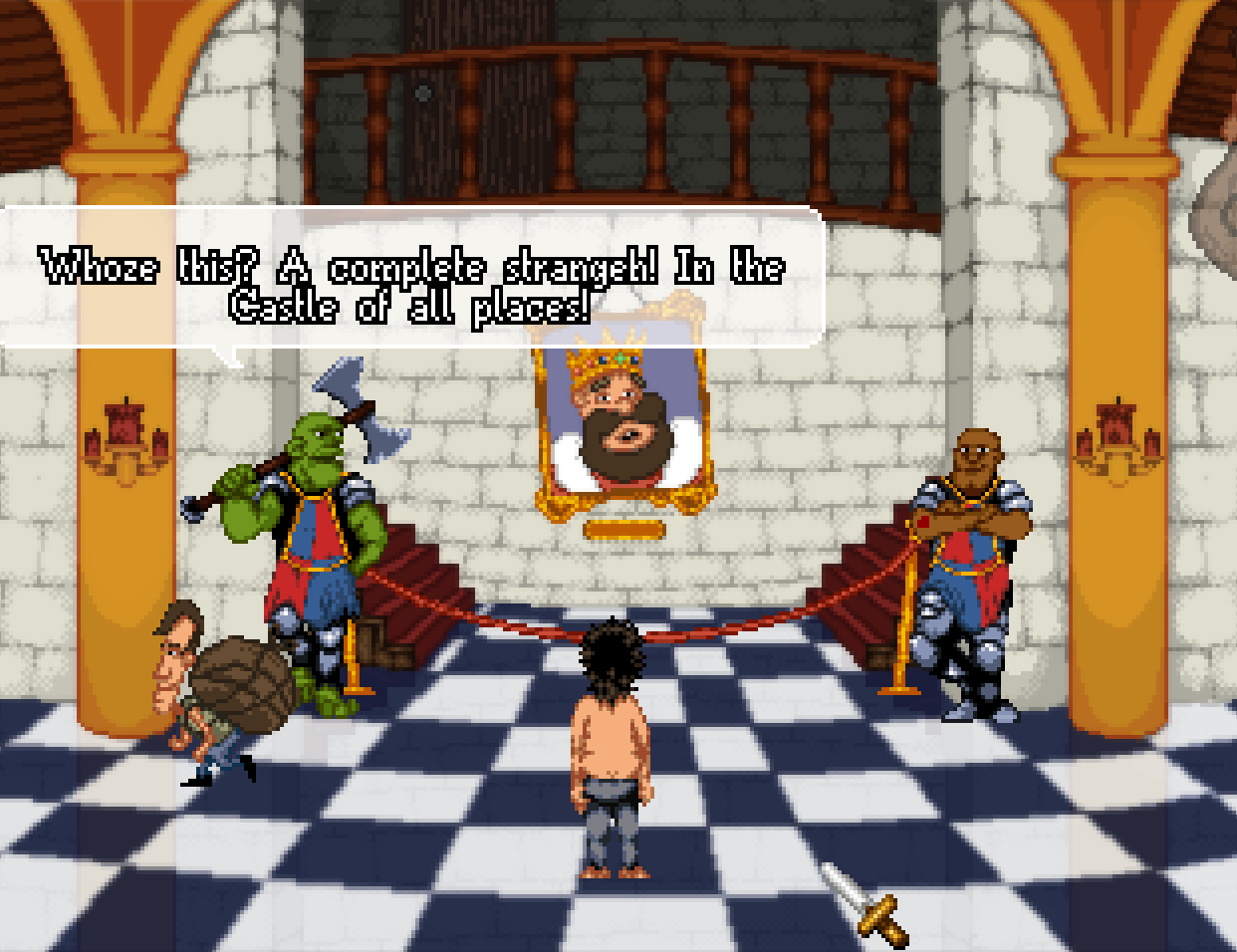 Be you man, woman or half-elf of Dregnar descent, you can rest easy in the knowledge that whatever nastiness may lurk outside it's walls, the town will forever be protected by the relentless force of the Guards of Wrinklewood.

Therefore, as you can imagine it came as quite the shock when young Princess Theremin was kidnapped, snatched from right under their noses. A mysterious cloaked stranger had some how found his way inside the great walls and right back out again, in the blink of an eye and taking Theremin with him. 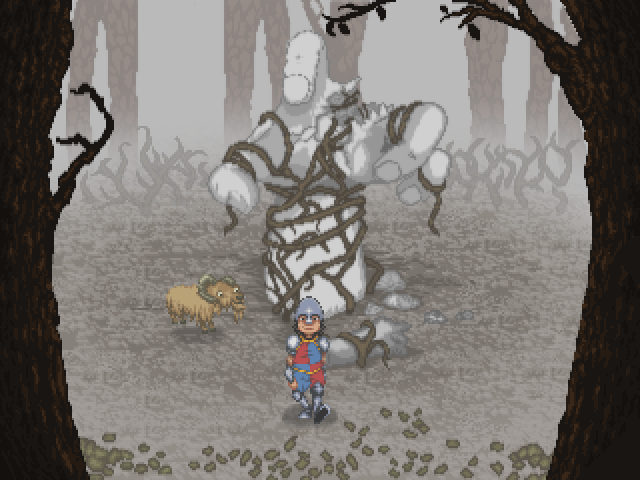 Thus, A hero was born. Where no man, elf or Ogre had the courage, Tondbert Roughskin saw his chance to prove himself. To venture outside and travel North, to save the Princess, for King, Country and maybe even a peck on the cheek. 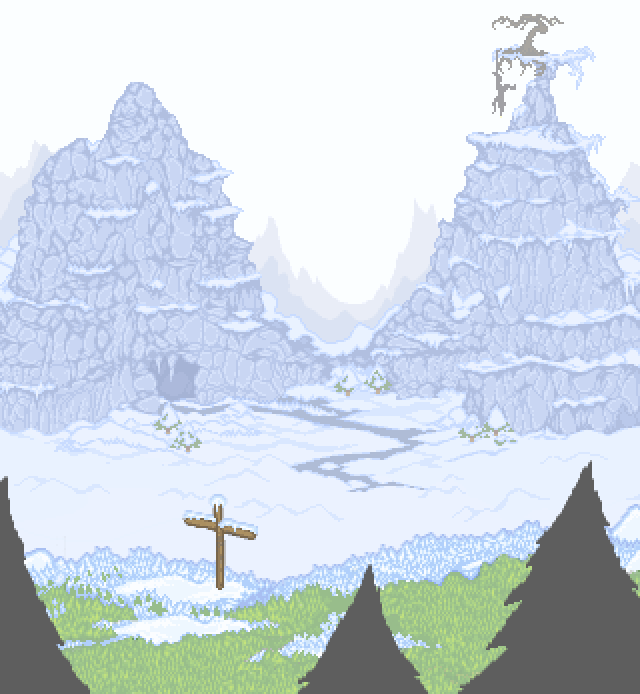 Sick Chicken are two friends working together to make a rockin' adventure game. 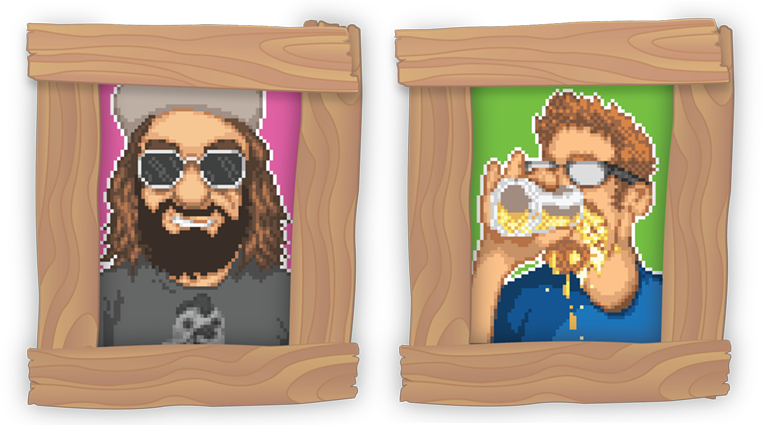 We'd love to hear from you! Feel free to get in contact on any of the social platforms below:

JayDee Mar 2, 2017 @ 5:24am
Congratulations on reaching your goal on Kickstarter. Can't wait for the release of the long awaited Guard Duty. Keep up the good work.

Headware Games  [author] Feb 28, 2017 @ 8:06am
Many thanks for all of your kind words and thanks for the pledge Stubbed Grapes! You guys are ace!

Guard Duty has been Greenlit and is now listed in the Steam store. For the latest information, purchase options, and discussions for Guard Duty, please see it on the Steam Store or in the Steam Community.
Visit Store Page
For more details Visit Community Hub
For latest discussions
If you really, really want to, you can continue to the Greenlight page. Information on this page may be out of date, since all the action has moved to the areas noted above.