Store Page
Conan Exiles>  Workshop > Nevimir's Workshop
This item has been removed from the community because it violates Steam Community & Content Guidelines. It is only visible to you. If you believe your item has been removed by mistake, please contact Steam Support.
This item is incompatible with Conan Exiles. Please see the instructions page for reasons why this item might not work within Conan Exiles.
Current visibility: Hidden
This item will only be visible to you, admins, and anyone marked as a creator.
Current visibility: Friends-only
This item will only be visible in searches to you, your friends, and admins. 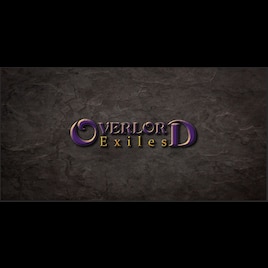 This item has been added to your Subscriptions. Some games will require you to relaunch them before the item will be downloaded.
In 1 collection by Nevimir
Overlord Exiles Server Mod List

2 items
Description
The Overlord Exiles Mega Mod+ is an overhaul mod for gameplay balance and content addition. The way players progress, craft, and fight has been changed dramatically. New armors and weapons have been added to extend variety. And Gods have been balanced in order to make them not as broken for pvp.

In-game code has been changed in order to provide a more diverse gameplay.

Overlord Exiles Server official server
Come join us on the official conan overlord exiles server, dont forget to downlad our map mod as well to join the server, When joining the server make sure the Map mod is 2nd in the load order.

General Changes:
- All weapons have received a major overhaul to better fit their playstyle
- Late game armor is not as effective without agility
- Weaker progression stats in S.A.V.A.G.E.S have been buffed tremendously
- Encumbrance increased to 125 from 70
- +75 Extra feats and attribute points
- Most items can stack up to 500
- Weights lowered on items that needed it
- Shaped wood gives bark
- Unblemished Meat no longer decays
- Aloe heals 150 hp instantly and 60 hp over 20 second. (does not stack with itself)
- Poisons are more viable (better start carrying antidotes and anti-venoms)
- Ranged weapons got near 2x buff due to them being horrible (including thrown)
- Steel weapons can no longer hurt T1 buildings
- Explosive jars rebalanced

Admin Tools/Toys:
- Instant wheel of pain
- Spawn items not yet available
- Admin weapons for the cleaning of these savages abandoned bases

Mobs:
- Balanced XP, HP, and loot for most mobs


For weapon and armor stats you can check the document here:
https://docs.google.com/spreadsheets/d/1rNqVnDJVibagBTee972RkItYYsT_r0ejDBVe4ZP_arc/edit#gid=0

Future:
We plan on continually updating the balance based on user feedback as well as adding more weapons, armor, items, npcs, and much more.

Donate
I put many hours in to this mod each week and if you love this mod as much as I do please donate so I can put more time in to it thanks.
Donate Link [www.paypal.com]

FAQ
If you?re having problems with a recipe check the change notes at the top right of this page, there lots of info on all the changes I have made there.

Note: This mod is balanced around the Overlord Exiles server settings. We cannot guarantee mod compatibility with other mods since this touches deeply within editor blueprints itself. Older servers will need a wipe before some changes will apply.

Servers that use this mod
SuperReactual
< >
237 Comments

Shadow_Kurumi92 Aug 19, 2018 @ 5:12pm
Is it possible to share this mod with some else so that they can edit and potentially complete the mod? This is a very interesting mod.

Puma Aug 9, 2018 @ 3:57pm
Aww this mod seemed perfect until I noticed when it was updated. You should really consider updating the title with "Discontinued" in it like most other major abandoned mods :(

Virtuoso Feb 7, 2018 @ 7:16am
Its seems to be a really nice mod..
but for some reasons, everytime i start the game (with the mod) it say it cant load a table or a CraftStationTable, well on my server the mod runs... but for myself i cant start it...

Nevimir  [author] Jan 8, 2018 @ 6:54am
@Rahif Soliva Problem was they would change whole file systems making take so much more time to fix. They changed the monster list from alphabetical order to list by creature type. So every update i had to spend so much more time checking the files or just remaking them. There was no need to change something like that. Funcom will finish this game but to then ill just wait.

Rahif Soliva Jan 7, 2018 @ 8:44pm
Conan really had a promissing world and community, but there is some other options than this game, and FUKCOM do not give a real shit and do a hard work in this title... It's a shame, even for modders, every little update (some of them aren't even worth) changes something that screw 95% of the mods. This way, this game will lose even players/gamers who loved Conan since the comic books in the childhood.