Greenlight > Games > WWUV's Workshop
Greenlight is being retired. For more information on how to submit games to steam, refer to this blog post.
This item has been removed from the community because it violates Steam Community & Content Guidelines. It is only visible to you. If you believe your item has been removed by mistake, please contact Steam Support.
This item is incompatible with Greenlight. Please see the instructions page for reasons why this item might not work within Greenlight.
Current visibility: Hidden
This item will only be visible to you, admins, and anyone marked as a creator.
Current visibility: Friends-only
This item will only be visible in searches to you, your friends, and admins.
Toygeddon
Description Discussions0 Announcements1 Comments61

WWUV
Offline
See all 4 collections (some may be hidden)
Recent Announcements View All (1)
Toygeddon at SXSW
March 16, 2017 - WWUV

Toygeddon will be playable at SXSW! Come to the Gaming Expo Booth 2033 to try it!
See you there! 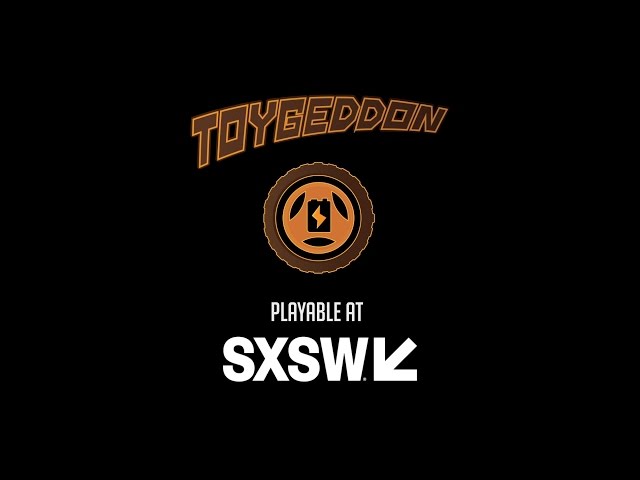 It tells the story of some toys that live in an old and dismissed Shopping Mall, that is going to be to demolished. To face this situation, a group of toys decides to look for a new home, but has to cope with other groups that do not agree with this idea.

Capture the battery
The group of toys that would like to find a new home (the Fugitives) has to face those who don 't want any change (The Apathetics) and to fight for batteries conquest, the only source of livelihood of vehicles driven by toys.
Fight for batteries, the only source of power for your vehicle. Collect and bring them to your base while keeping away your opponents!

Exodus
Finally escaped by the old shop, the Fugitives discover that on the other side of the park, a new Shopping Centre called Promised Land Mall, is under construction.
To reach it, they will have to transport their supply of batteries through a park infested by Marauders: toys that have been abandoned by their owners. Defend you precious cargo and make your way to the new home!

King of the Mall
The new shopping centre is already inhabited by brand-new toys (Promised Land Army) who are not willing to share their space with the "old newcomers". Conquer the most control points on the field and defend them with you team. Earn your own place on the shelves of the shop!

Within the 3 game modes, every single toy has a unique look, and can be customized with many options, while vehicles are divided into 3 main categories , with different characteristics regarding speed, life and weapons capabilities that , cross- referenced by power up and skills of the chosen toy enable the creation of several strategies to adapt to the evolution of the game.

System Requirements*
*requirements may change during the development
< >
61 Comments

Zecrim Mar 18, 2017 @ 10:41pm
Checked this game out at SXSW Gaming Expo and it looked really good, it has the same sort of feel as the toy soldiers games with the maps the gameplay is solid and the controls and physics felt good. Looking forward to steam full release :)

Hyp3r Mar 11, 2017 @ 2:16pm
Seen at 'Cartoomics 2017 Event' in Milan on 4th March.
Played on four players mode directly also with two italian guys of the developer team.
Toygeddon is an amazing games full of physical and well tought-path,
when it will be released I will buy for sure.
Good job and keep it up