Greenlight > Games > Gold3nunicorngaming's Workshop
Greenlight is being retired. For more information on how to submit games to steam, refer to this blog post.
This item has been removed from the community because it violates Steam Community & Content Guidelines. It is only visible to you. If you believe your item has been removed by mistake, please contact Steam Support.
This item is incompatible with Greenlight. Please see the instructions page for reasons why this item might not work within Greenlight.
Current visibility: Hidden
This item will only be visible to you, admins, and anyone marked as a creator.
Current visibility: Friends-only
This item will only be visible in searches to you, your friends, and admins.
Astoria: The Holders of Power Saga
Description Discussions0 Announcements3 Comments35 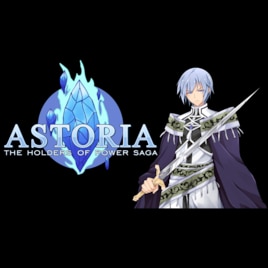 After months of hard work and additions, subtractions, and feedback, the Demo version 1.1 has been released! Just follow the link located in the description! The King has become a Queen, new quests have been added, some tedious ones have been removed, leveling up at early levels happens sooner, better monster balance, a Bestiary/Monster Book has been added, and much, much more!

Official release is right around the corner, I'm trying to get it done before June, but Illinois and the Federal Government are slackers!

Yup! We got it done! I want to send a great big thanks to everyone who upvoted this game! I am grateful and excited! The reviews from those that completed the demo have been overwhelmingly positive and I'm excited to see what the rest of you think of the completed game. This massive undertaking is nearing its conclusion, and I'm excited to put a quality product out there to the gaming community!

Read More
Description
Release date: Estimated Release Date: May 2017! Possibly earlier! Support Kickstarter for full game early access!
Thank you for your interest in Astoria: The Holders of Power Saga! ATHOPS is a charming, classically done RPG with an epic, twisting story, containing highly developed and intricate characters three years in the making! It has approximately 35 hours of gameplay (complete run-through estimated 45-50 hours), with a story driven by nearly 1 hour of cinematic cutscenes. ATHOPS is being made to help you relive the nostalgia of the old-school RPG of years past. It is a game that allows semi-customization with a focus on replayability. It will properly reward exploration; the player that traverses the world and speaks to each NPC will not only be exposed to more side quests, but will have a better understanding of the world and its lore.

One hundred years ago, Astoria was invaded by the Supreme Demon, Buul, and his hordes of Demons. The people of Astoria and mighty King Romulus fought off the invasion as Romulus slew Buul in single combat after he ripped a blue stone from the Demon's armor. Witnesses on the field of battle stated the great Demon shrieked in fear and desperation as Romulus grasped the stone, and they swore it both invigorated him and gave him the strength to slay the massive Demon. After the Demons' defeat, it came to be known as the Stone of Power and it was assumed whoever possessed it would be all-powerful.

After many years of peace and prosperity, when he realized he had grown old, Romulus shattered the Stone into five pieces with his mighty hammer. He distributed the pieces to five individuals with opposing politics and interests to prevent the full Stone from ever being in the hands of the wrong person. These five came to be known as the Holders of Power.

The story begins at a meeting between the five Holders of Power and an unknown, shadowy figure who has evil intentions to re-form the Stone of Power once again.

One of the Holders of Power, the noble knight, Garreth, quickly learns that an assassination plot is afoot, and he is the intended target...

Play as Nolan, a young Prince arriving in Astoria from a far away land, desperately seeking reinforcements to defend his country from an invasion. Little does he know, Astoria will soon be in a similar situation. As his envoy quest quickly spirals out of control, he'll meet a colorful cast with their own storylines: Calista, the bubbly clairvoyant whose dreams sometimes predict the future, Petra, the young firebrand whose life will be turned upside down when she witnesses tragedy, the mysterious Cheshire, who arrived in Astoria under his own suspicious circumstances, and a host of other characters willing to lend a hand and fight for their right to survive.

Explore an expansive world where you will encounter hordes of vicious monsters. Conduct stealth missions, fight in a pitched battle, and uncover great mysteries. Experience the emotions of love, anger, hatred, and fear as each member of your party has their own gripping story arcs that intertwine with the main storyline. All of this is done in classic, 90's, RPG-style storytelling.

Customize your party via the plethora of powerups found in hidden or guarded treasure chests. Find and slay fantastic beasts and claim their rewards that can be sold for additional equipment upgrades that permanently remain with your desired character. Defeat deadly dragons and choose massive stat bonuses for each character in your party before the dragon's essence dissipates into the air. Swap different weapons, armor, and item combinations among your party members to further customize how they battle. I made it a point to make the player give serious thought into how they wish to build out their party.

One of the main characters in ATHOPS is the young girl, Petra. She has an arcing storyline that ties in with the main theme, and she vows to become an assassin, to avenge her parents' death. There are two scenes in ATHOPS where you control Petra in real-time assassination events. There are visible enemies on guard, and you have to sneak by them/assassinate them from behind without entering their "line of sight." So take your time, notice patterns, and have patience! Remember, assassins never give in to their emotions! Hopefully these will be as enjoyable for you to play as they were for me to make.

The people of Astoria have different "affinities" for magic. A party member can learn nearly 100 spells or skills, but each character has a limited number that can be brought into combat... and that defines their affinity. In ATHOPS, the mage and the clairvoyant can each "memorize" 8 spells and bring them to combat. The hero, Nolan, has a maximum of 3. The size of your party - which varies from 1 to 6 - and its cast greatly determine the amount and types of spells you bring to combat. Since there are nearly 100 spells... choose wisely. Will you arm your party with powerful elemental spells, amplifying buff spells, crippling debuff spells, or a combination of each for proper balance?

- 35+ hours of gameplay
- 20 side quests (some small and some large, spanning the entire game)
- 220 maps
- 130+ weapons & armor, 140+ items, 175+ skills/spells (unique enemy skills included)
- A total of 16 party members, constantly moving in and out of the party in accordance with the plot!
- Highly developed main characters with tons of in-game dialogue! - Nearly 1 hour of dramatic cutscenes!
- Overworld map/hidden enemies, dungeon maps/visible enemies
- 2 high-action, REAL TIME stealth/assassination events!
- Be challenged by a group of "heroes" for status/bragging rights via intense "hero to hero" combat!
- Find and fight a total of 6 "challengers" inhabiting towns/villages in 1 on 1 combat with no items to test a character's might!
- 9 Dragons to find and kill that grant the party bonus statistics you can distribute to tailor your characters however you like!
- 8 Side quest bosses and their drop items that can be converted into unique equipment upgrades by a specialty blacksmith

Saxie81 Feb 8, 2017 @ 8:53pm
@Crimson Rose - having worked with RPG maker you just cant download the script and force it to work......
@Gold3nunicorngaming This looks surprisingly good, have a greenlight vote ;) and a backer lol

Gold3nunicorngaming  [author] Feb 7, 2017 @ 3:14pm
@Crimson of Rose It's not just downloading other people's coding, I hired a scripter myself who wrote a dozen scripts specific for this game and then we both - together - agreed to make them available to the RPG maker community for free, in the event another person might like to use them. Some of them, I think, will make this game have a unique dynamic to the storyline. No one is forcing anything on Steam, either... I have a near finished product after 3+ years and literally thousands of hours of development (ask my wife, ha!) and I'm just trying to get it out there. The Kickstarter is my attempt to make the game even more unique by adding custom sprites and more custom music, specifically for some cutscenes, in order to make them more cinematic. Try the demo and tell me what you think!

@Baby Vaso Thanks for the input! Of the five main characters, only 1 of them is a stock character from the game, and I just really like her, so I kept her in. :) She fit the personality of the character design.

Game Development Championship Feb 7, 2017 @ 1:41pm
Everything else seems to be in order, but starting the video with the bandicam in the upper part of the video doesn't give off a professional feeling of the game.

Baby Vaso Feb 7, 2017 @ 1:19pm
I don't mind it, really, I'll vote yes. But I will advice in the future, lets create custom main characters. You can stock all you want, but I don't want to see stock main characters.

Claire Feb 7, 2017 @ 9:21am
The fact that people download other people's coding and frankenstein it into their "games" then try to force it on steam.

It isn't the worse, nor is it anything to write home about... it looks like generic cookie cutter bullshit (which it is seeing as there is no custom art or assets). What the fuck is the kickstarter for? To give you motivation to download -more- add ons?